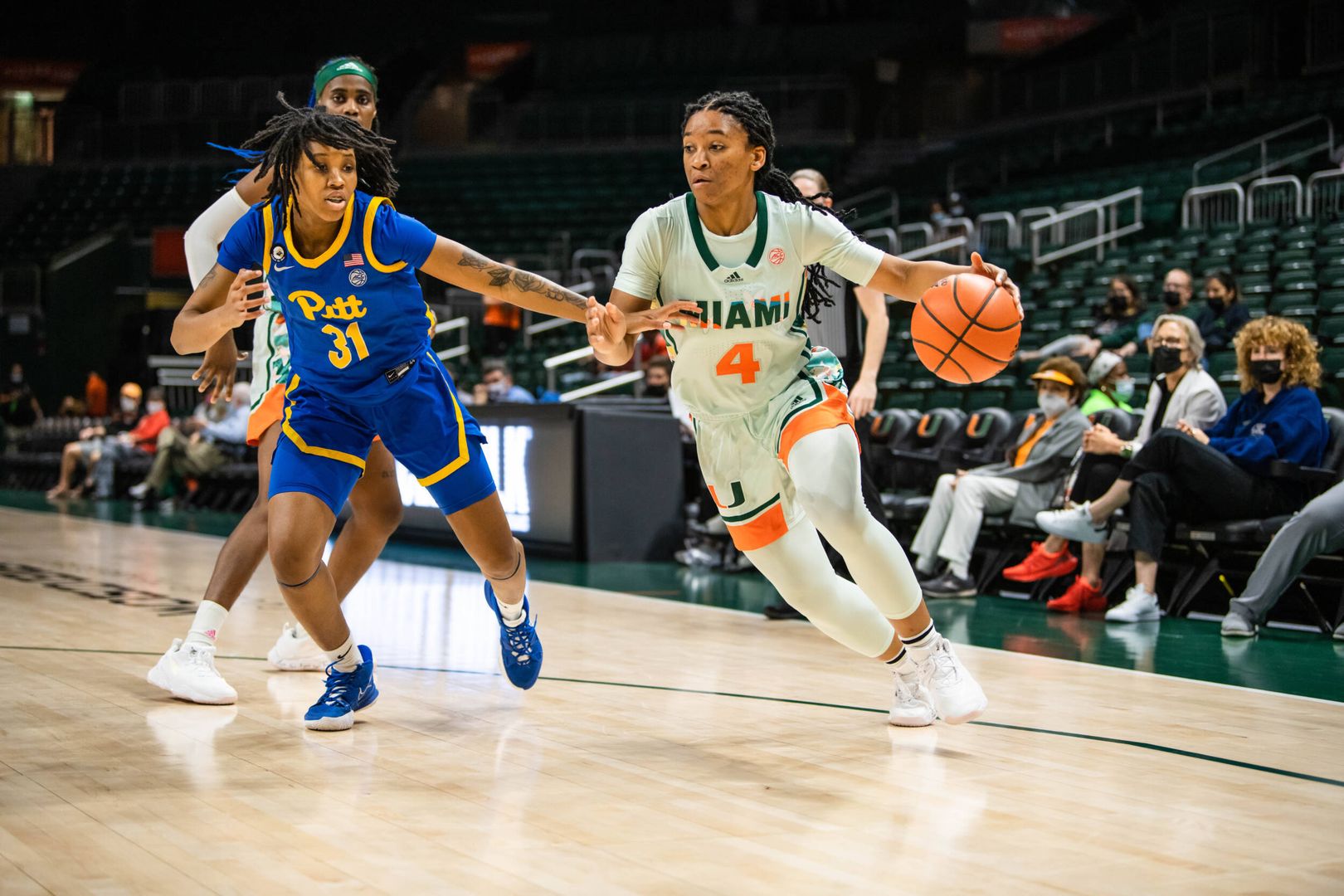 CORAL GABLES, Fla. – The University of Miami women’s basketball team (15-10, 8-7 ACC) tallied its third win in five days on Thursday, defeating the Pittsburgh Panthers (11-15, 2-13), 60-50, at the Watsco Center. Four Hurricanes scored in double-figures as Miami shot better than 40 percent from the field for the third consecutive game.

The freshmen could not be stopped on Thursday as Ja’Leah Williams and Jasmyne Roberts tallied 11 and 10 points, respectively. Roberts knocked down 4-of-5 from the field, setting a new career high in scoring at 10. Williams, alongside senior Naomi Mbandu, led the Hurricanes on the boards with six rebounds.

Graduate students Kelsey Marshall and Destiny Harden reached double-digits as well, notching 10 points each in the contest. Marshall has scored in double-digits in 12 straight games and in 21 of 24 games played.

“In the first half, we had incredible defensive effort. We ground it out, used our legs, pushed back and rebounded,” head coach Katie Meier said. “We lost our legs in the second half and Pitt found some courage, which they’ve done all year. They are very good. [The ACC] is just a tough league, but you’ve just got to handle the business and I feel like this was a huge win for us.” 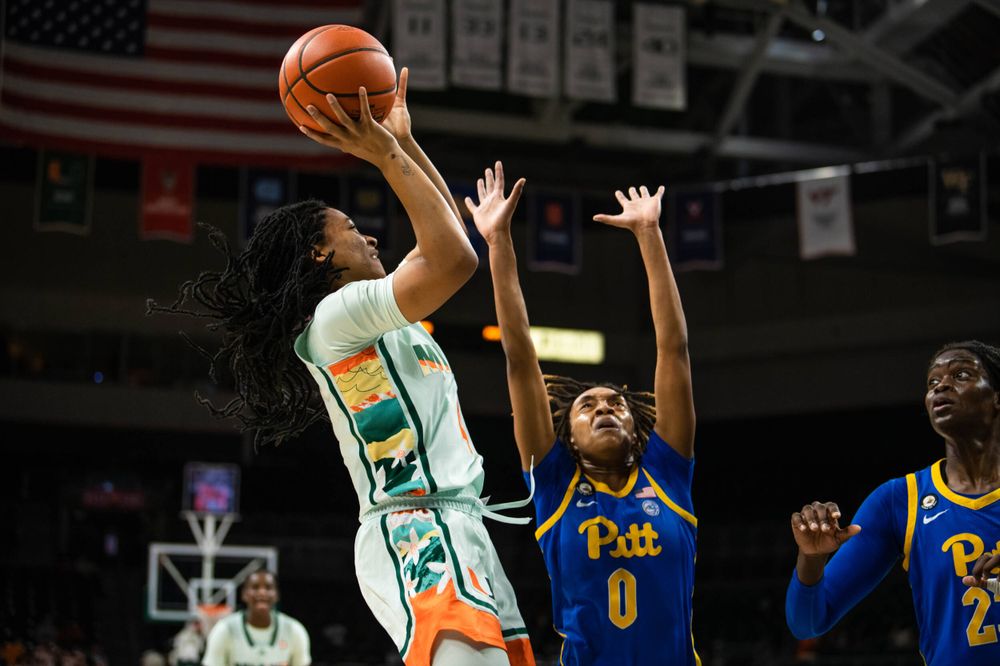 The Miami defense was locked in from the start, holding Pittsburgh to just two made baskets in the first quarter (2-of-15). On offense, five different Hurricanes scored in the frame, paced by senior Mykea Gray who tallied six points in the first 10 minutes. A corner three from Roberts at the 2:43 mark capped a 9-0 Miami run, which gave the Hurricanes their first double-digit lead of the game.

Both teams struggled to score early in the second making just one basket apiece in the first five minutes of the quarter. However, a jumper by Marshall with 4:12 to go ignited the Hurricanes’ offense and Miami knocked down six of its next 10 shots.

The freshmen anchored the Hurricanes on both sides of the ball in the first half as Roberts paced all scorers with seven points, while Williams tallied five boards to lead Miami’s rebounding effort.

The teams traded baskets to start the third quarter, but the Panthers embarked on a 9-0 run in the middle minutes of the frame to cut the Hurricanes’ lead down to eight. Pittsburgh outscored Miami, 22-14, in the quarter to make it a seven-point game heading into the final 10 minutes.

The Panthers continued to work their way back in the game, starting the fourth on a 6-2 run to pull to within three. However, Roberts put in a tough layup at the 4:44 mark to reach double-digits for the first time in her career and put the Hurricanes up by seven.

Miami made four straight stops on defense and capitalized on the offensive end, knocking down back-to-back jumpers to extend its lead back to 10. Harden stepped up big down the stretch, tallying eight points in the fourth to help the Hurricanes to their third straight double-digit victory.

The Hurricanes are back on the road on Sunday to take on the No. 16/18 Georgia Tech Yellow Jackets for the second time this season. Tipoff in Atlanta is set for 2 p.m. and the game will air on ACC Network Extra.

Single-game tickets for the remainder 2021-22 women’s basketball season can be purchased here.