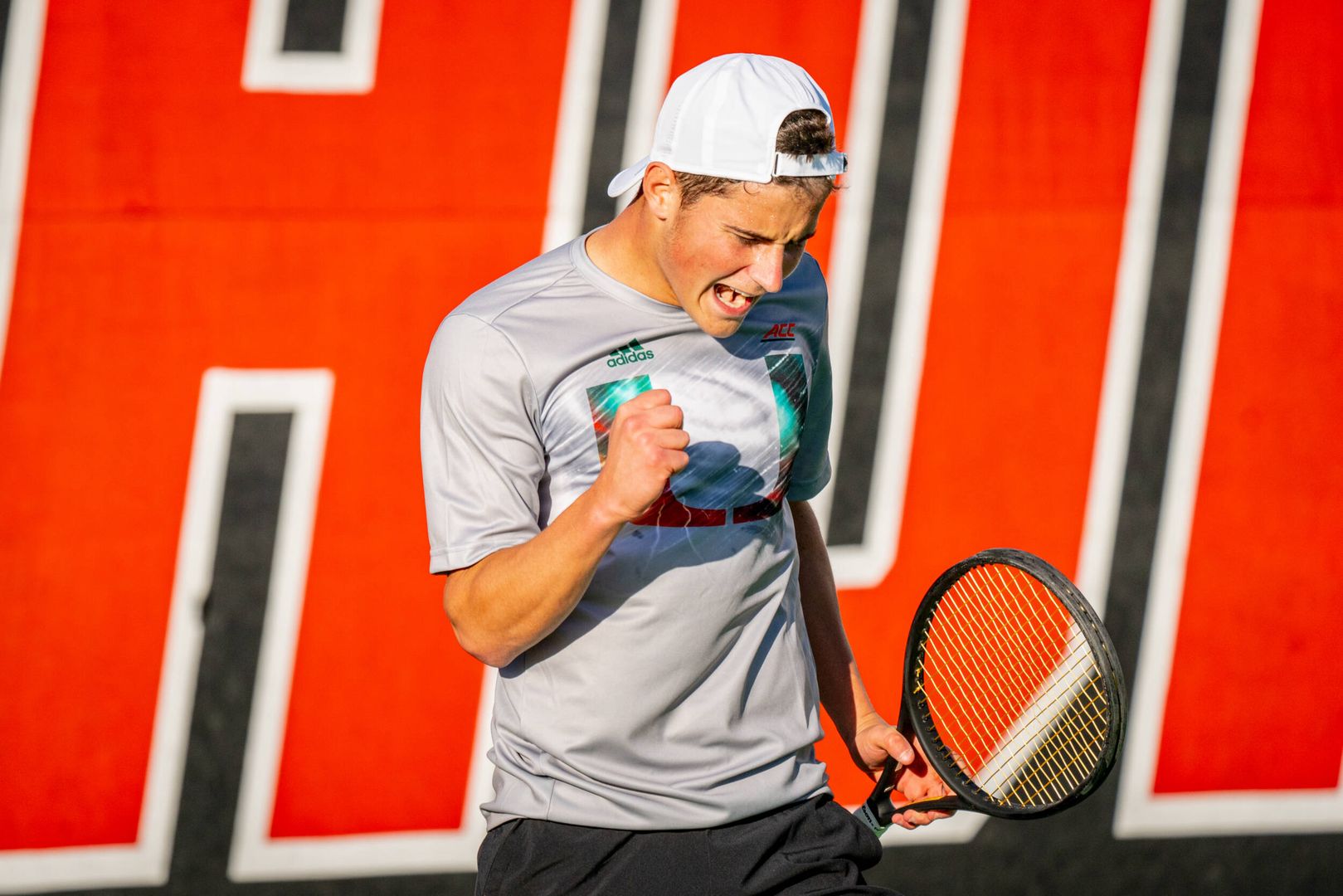 Miami Returns To Action on Friday

CORAL GABLES, Fla. – The University of Miami men’s tennis team returns to action on Friday when they host Georgia State and Mercer for an afternoon doubleheader at the Neil Schiff Tennis Center.

The Hurricanes enter Friday’s contest with a 5-1 overall record with their only loss coming to No. 2 Baylor at ITA Kickoff Weekend in Waco, Texas.

The doubles duo of fifth-year senior Benjamin Hannestad and fourth-year junior Franco Aubone moved up the national rankings to No. 5 after posting a 3-1 record through their first four doubles matches of the spring season. The pair currently holds a 11-3 overall record between tournament and dual play.

Graduate student Dan Martin checks in at No. 76 in the ITA singles rankings, having posted a 4-1 record through six spring matches. Martin tallied a pair of victories over two top-75 opponents in the Miami Spring Invite to raise his ranking.

Miami will face off with Georgia State at 11 a.m., before taking on the Mercer Bears at 3 p.m. to close out the doubleheader.