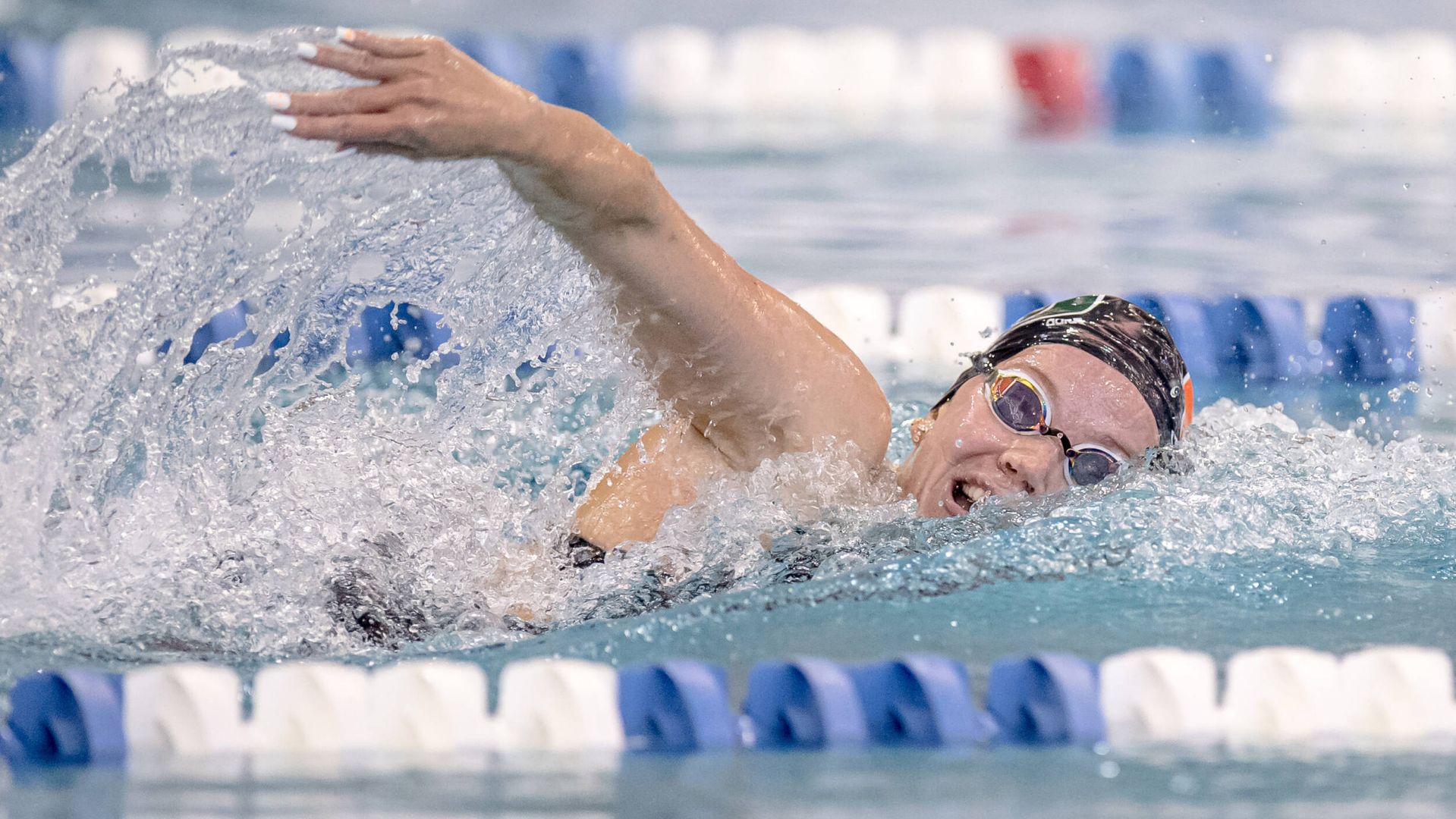 Cera, Otava Lead the Hurricanes on Day 2 at ACCs

ATLANTA – The Miami Hurricanes wrapped up their second day of competition at the 2022 Atlantic Coast Conference Swimming & Diving Championships from the McAuley Aquatic Center.

A night after winning the first ACC gold medal of his career, diver Max Flory looked poised to add to his trophy case Tuesday night, this time in the 1-meter springboard.

The Fairfax, Va., native was in second place for the entire final round before faltering on his sixth and final dive – a forward 2 ½ somersault with a twist out of the pike position – to end the night in fifth place.

In between the lanes, the Hurricanes had two returners for the 500-yard freestyle finals after the morning’s preliminary round: Adrianna Cera and Aino Otava.

“It was an interesting day for the Hurricanes,” head swimming coach Andy Kershaw said. “We were a little flat this morning, but there were obviously still some great things – it was great to see Adrianna and Aino make it back tonight. That was key for us today.”

The duo finished as the top two performers in the ‘C’ final of the event, with Cera (4:47.36) winning the heat and Otava (4:48.28) touching the wall shortly behind her teammate.

“One of the coolest things was to celebrate with Adrianna and Aino afterwards,” Kershaw said. “I’m very proud of how they raced that heat. They were happy for each other, hugged each other and Aino said to all of us, ‘I saw [Adrianna] out in front and I knew we were going to go 1-2 in this thing.’

“It was great to see that and provided great momentum for the team.”

Cera’s performance moved her into third all time in school history and Otava fifth.

In addition to the 500 free, Miami’s entry in the 200-yard freestyle relay – comprised of freshman Jacey Hinton, veterans Carmen San Nicolas and Sydney Knapp along with Emma Sundstrand – ended in a time of 1:31.28.

Hinton’s split in the leadoff position was tied for eighth-fastest in school history. Wednesday night’s swim also marked the first time in school history all four swimmers finished their legs in under 23 seconds.

“We were a little bit off this morning. We had a really good meeting in between sessions to make some adjustments, which you don’t think a lot about in our sport, but definitely there were some things we were able to do from a mentality standpoint to get back to what we’re so good at,” Kershaw said. “It really paid off tonight – there was great energy. They came out of the gate swinging.

“It was an exciting night. We have to do better tomorrow morning to allow us to have fun at night – that’s what we’re shooting for,” Kershaw said.