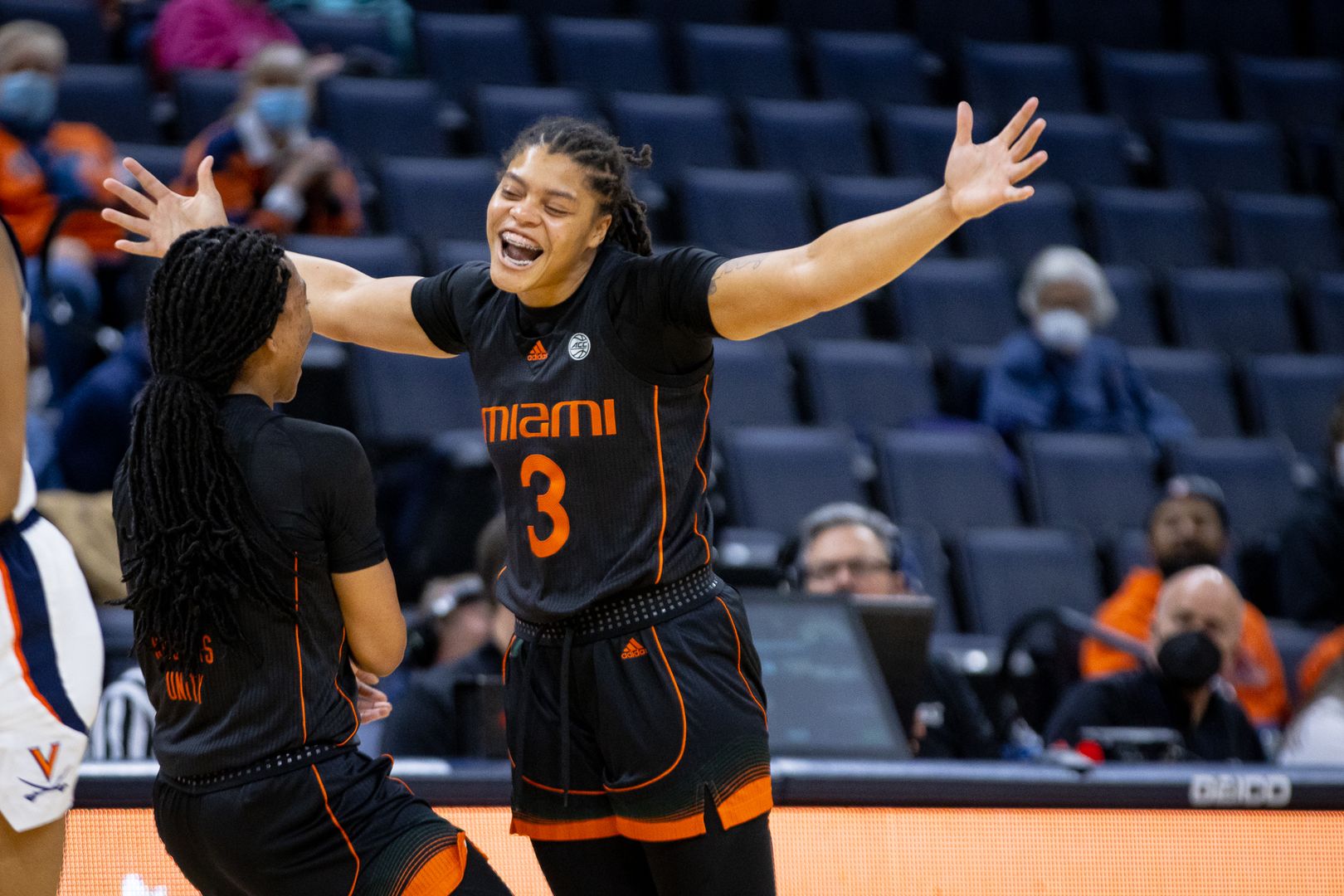 CHARLOTTESVILLE, Va. – The University of Miami women’s basketball team tallied its fourth ACC road win of the season with a dominant performance at Virginia (3-21, 0-14 ACC), downing the Cavaliers, 71-55, at John Paul Jones Arena.

“With the week we have, this is a heck of a win,” head coach Katie Meier said. “Anytime you win by double-digits on the road in the ACC, I don’t care who your opponent is, that is a huge win.”

For the third straight game, Miami (14-10, 7-7 ACC) shot exceptionally well from 3-point range, knocking down 10 3-pointers (10-of-21) in the contest. The Hurricanes have tallied 10-plus threes in four games this season and in two of the last three outings. 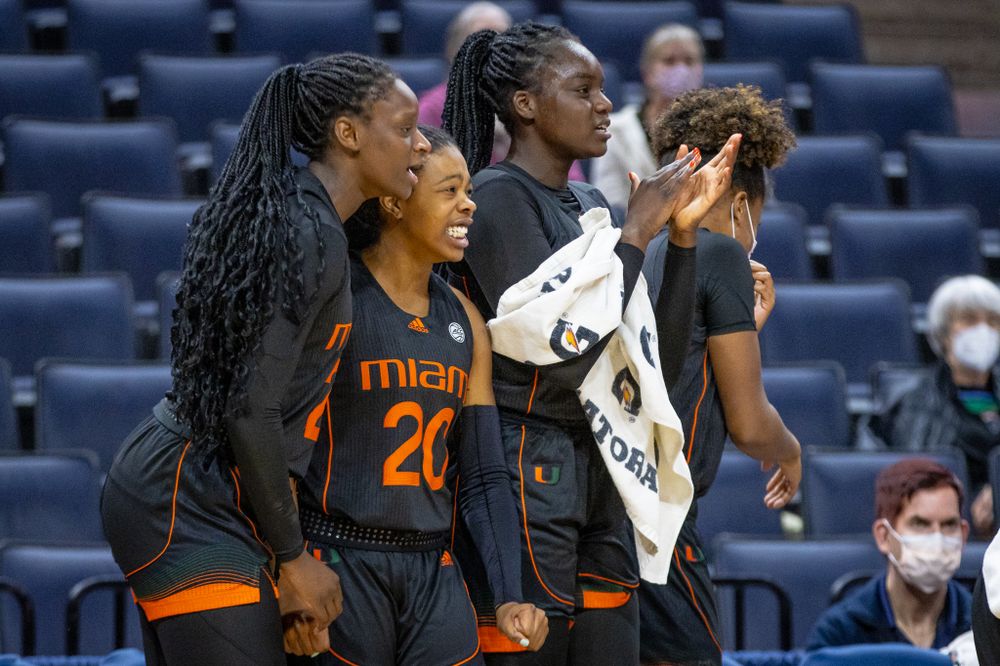 Graduate students Destiny Harden and Kelsey Marshall led the effort from downtown, tallying four 3-pointers each. Harden paced all scorers with 16 points (6-of-9), while Marshall recorded her 11th straight double-digit outing with 15 points on 4-of-8 shooting.

“Our upperclassmen were amazing,” Meier said. “I thought Destiny Harden had a huge performance offensively and, while Kelsey Marshall was quiet in the first half, she did what leaders do in the second half and hit big shots for us.”

Miami’s defense held Virginia to just 55 points, marking the 12th time this season that the Hurricanes have held their opponent to under 60 points. Miami forced 25 Virginia turnovers and tallied 13 steals, led by freshman Jasmyne Roberts at four.

Nine different Miami players tallied a point against Virginia and 10 recorded a rebound in the contest. Senior Karla Erjavec and freshman Ja’Leah Williams each dished four assists, with Erjavec reaching the 300-career assist mark on her first dime of the game.

The Hurricanes put together an explosive first-quarter effort beginning with a 9-2 run to open the game. Virginia scored its only bucket of the frame at the 5:22 mark and it was all Miami for the rest of the first. The Hurricanes outscored the Cavaliers 20-3 in the quarter, thanks in part to a 4-of-7 shooting performance from 3-point range.

Harden tallied eight of her 13 first-half points in the first quarter alone, going a perfect 3-of-3 from the field, including a pair of 3-pointers. The forward reached double-figures in the first minute of the second quarter on a pullup jumper to keep Miami’s lead at 17.

The Cavaliers put together an 8-0 run in the middle of the frame to narrow the Hurricanes’ advantage to 10 points, but Miami stayed resilient, holding an 11-point lead, 35-24, at the halftime break. In the first half alone, the Hurricanes knocked down six threes and recorded an assist on eight of 11 made baskets.

Miami’s offense continued to dominate, outscoring Virginia 22-14 in the third quarter. The Hurricanes shot 60 percent from the field, with perfect shooting percentages in the frame from Marshall, junior Lola Pendande and senior Mykea Gray. Harden poured in her fourth three of the game with 2:54 remaining in the quarter to put the Hurricanes up by 23.

Marshall came alive for the Hurricanes in the fourth, hitting a pair of threes in the first three minutes of the quarter to give Miami a 20-point lead. The game turned scrappy in the closing minutes, as 10 of the final 18 points came at the free-throw line. Virginia recorded the final two baskets of the game, but Miami was dominant from start to finish to come away with the 71-55 victory.

The Hurricanes return to the Watsco Center on Thursday to host the Pittsburgh Panthers. Miami will host its Honoring Black Excellence Night in celebration of Black History Month. The game will air on ACC Network at 6 p.m.