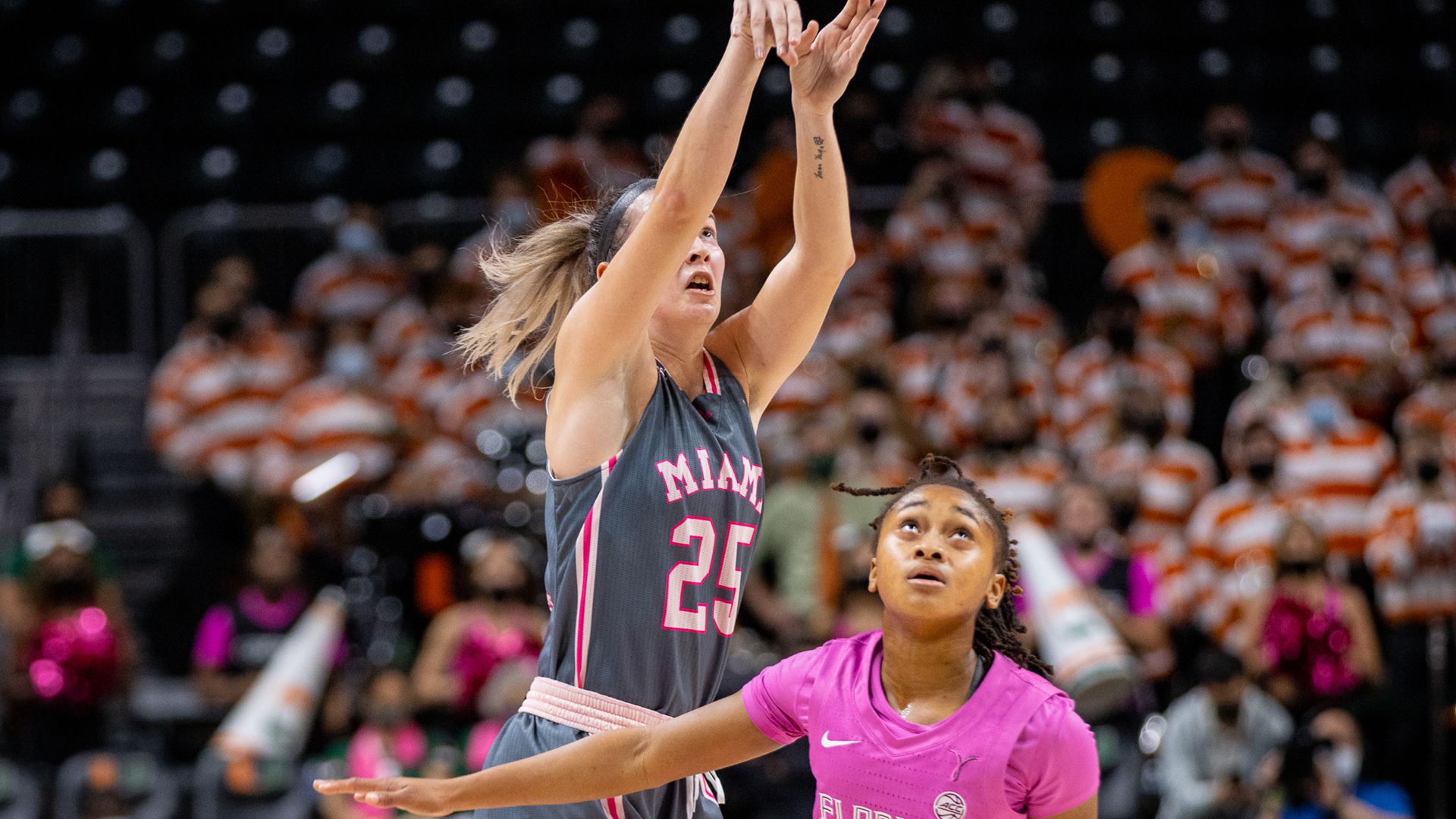 Senior Karla Erjavec had the game of her Miami career on Sunday, tallying a season-best 15 points on 5-of-10 shooting. The guard recorded 11 of her 15 points in the first quarter, including going a perfect 3-of-3 from the 3-point arc. Erjavec added two rebounds and five assists to her stat line to round out a complete performance.

“Karla started the game and she was amazing,” Meier said. “Our veterans played like veterans and our young players, like Jasmyne Roberts, hustled all over the place and gave us an emotional lift.” 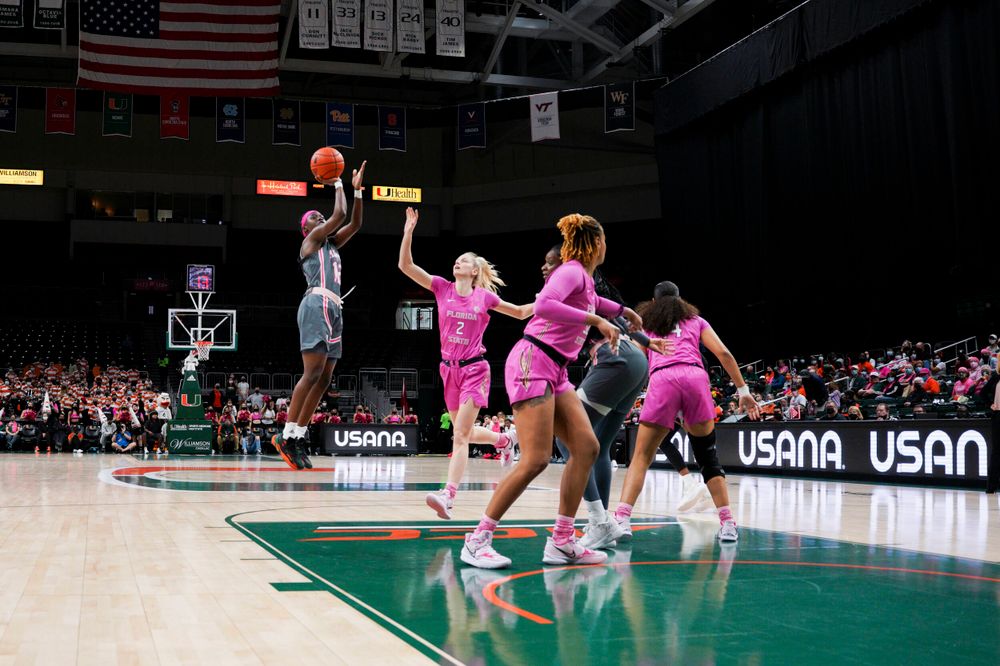 As a team, Miami shot a season-best 55.1 percent from the field and an electric 52.9 percent (9-of-17) from 3-point range. Graduate student Kelsey Marshall joined Erjavec in double-figures, posting 12 points and knocking down three 3-pointers.

Marshall kicked off the 3-point parade for the Hurricanes, knocking down her first three of the game 30 seconds into the first quarter. As a team, Miami poured in five 3-pointers in the first 10 minutes, paced by Erjavec, whose 11 points in the frame gave Miami a 24-12 lead at the end of one.

While the Hurricanes’ 3-point shooting cooled off in the second, Marshall recorded her 300th career 3-pointer at the 7:25 mark, becoming the first ever Hurricane to reach that milestone. Miami dominated the paint in the second, tallying 10 of its 17 points on the inside. Pendande put up six points in the quarter to push Miami’s lead to 15 heading into the locker room.

Florida State put together a 6-2 run coming out of halftime, but the Hurricanes scored seven of the next nine points to maintain their double-digit lead. Djaldi-Tabdi tallied five points in the third to reach double-digits for the eighth time this season. As a team, Miami was a perfect 6-of-6 from the free-throw line to take a 17-point lead, 58-41, into the final 10 minutes.

The Hurricanes continued their efficient shooting night in the fourth quarter, posting a 53.8 clip from the field. Senior Naomi Mbandu recorded seven of Miami’s 18 points in the quarter, including hitting the Hurricanes’ ninth three of the game at the 5:11 mark.

Sophomore Paula Fraile Ruiz joined in on the scoring for the Hurricanes, tallying her first points of the game with 2:18 remaining to put Miami up, 76-55. The Seminoles scored the final two buckets of the game, but the Hurricanes ran away with the 17-point victory.

The Hurricanes are back on the road on Tuesday to take on the Virginia Cavaliers in a game that was rescheduled from Jan. 2. Tipoff is set from 6 p.m. and the game will air on ACC Network Extra.