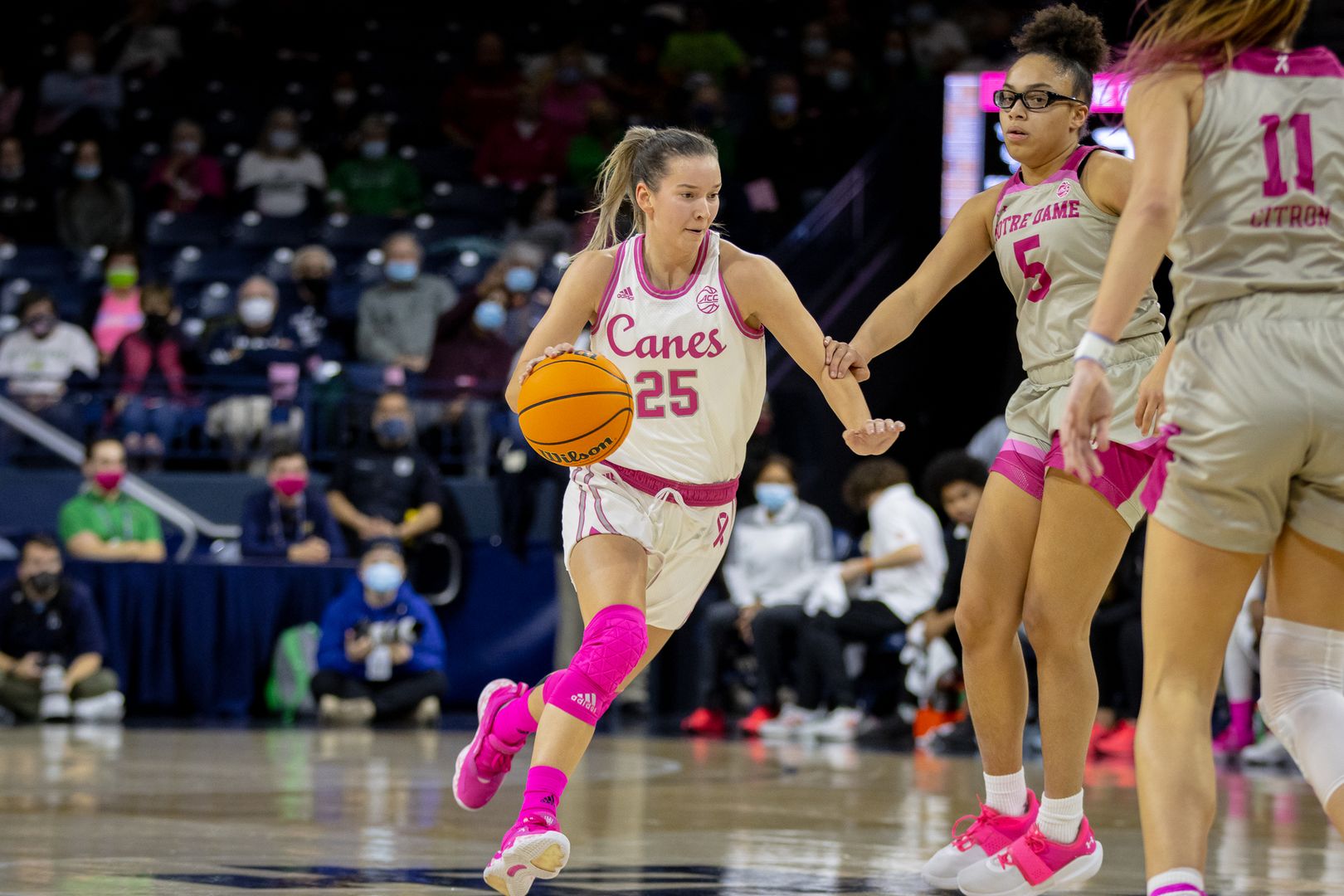 Miami and Florida State are set to face off for the second time this season on Sunday, with tipoff slated for 12 p.m. The game will air on ACC Network with Pam Ward and Stephanie White on the call. Fans can also listen to the game on WVUM 90.5

The Seminoles hold the 48-17 series edge over the Hurricanes, but Miami won the earlier meeting between the two programs this season, defeating the Seminoles, 59-52, in Tallahassee, Fla. When playing at the Watsco Center, the Hurricanes are 8-18 all-time against Florida State, including a 68-53 victory last season at home.

Head Coach Katie Meier... "We are turning to our veterans to let the younger players know that this is a rivalry game and we have to be ready to go. Our defense has to hold and we have to have some balance in our offense."

The Hurricanes are looking to rebound after dropping a pair of road games to two top-25 opponents in No. 23/24 North Carolina and No. 18/19 Notre Dame. Miami fell to Notre Dame, 69-53, Thursday night at Purcell Pavilion. Graduate student Kelsey Marshall recorded her 18th double-digit outing of the season, pouring in a team-best 18 points on the evening.

The veteran guard group of Marshall and seniors Mykea Gray and Karla Erjavec led the Hurricanes on offense, combining for 36 points. As a team, Miami knocked down 10 3-pointers in the contest, hitting 10-plus threes for the third time this season. Marshall led all Hurricanes with six, setting a new season high for single-game 3-pointers. 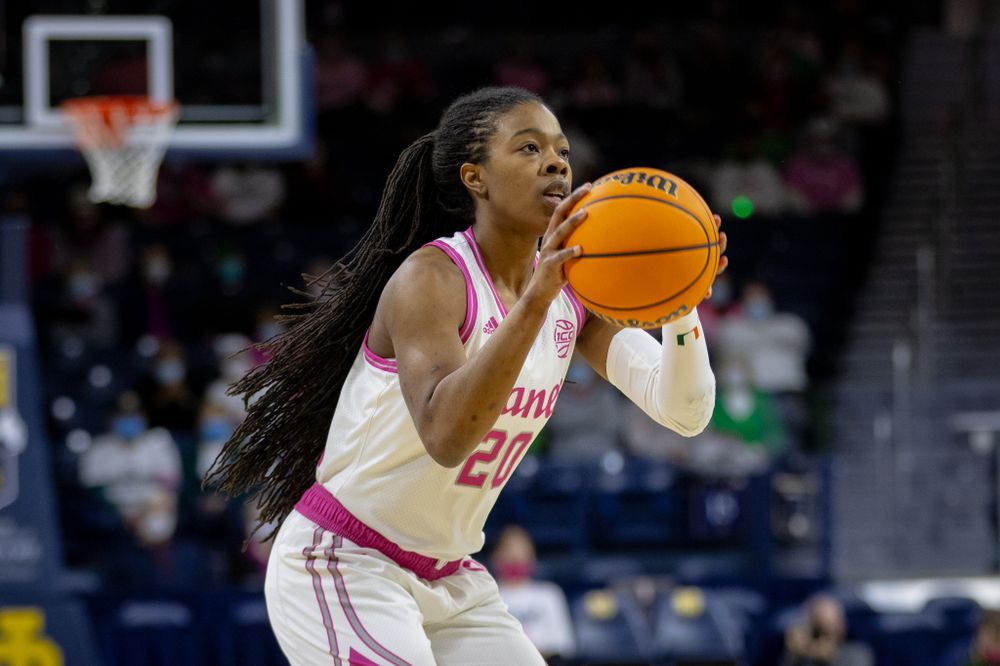 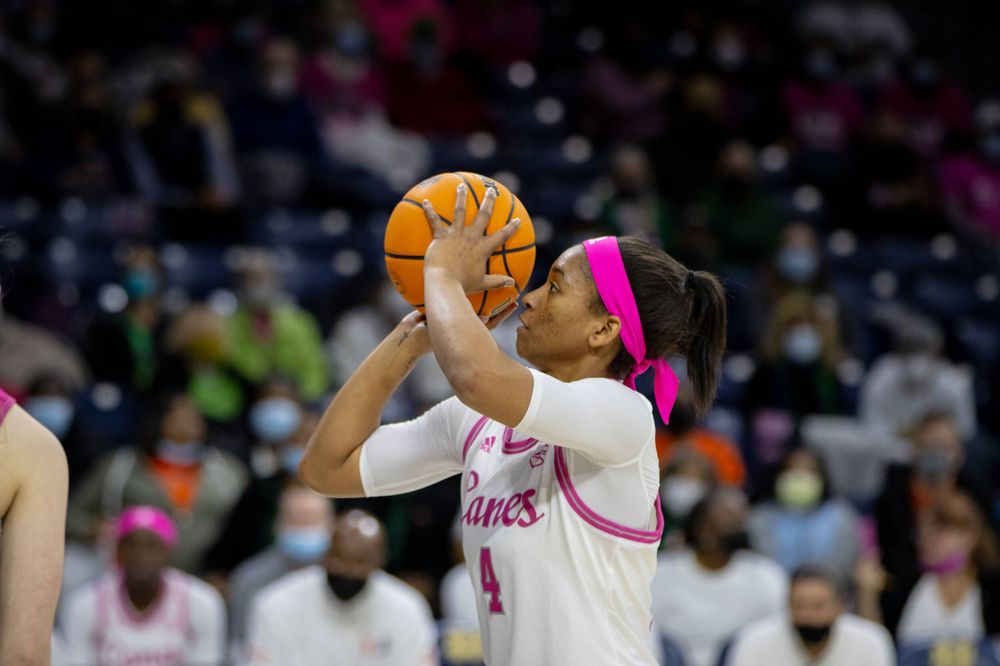 The Hurricanes, along with the ACC, will recognize and raise awareness for breast cancer research and initiatives throughout the month of February. Head Coach Katie Meier currently sits on the board of the Kay Yow Cancer Fund.

Katie Meier played against teams coached by Coach Yow while at Duke in the late 80s and also played for Coach Yow in the 1990 Jones Cup.

Freshman Jasmyne Roberts and her family have been directly impacted by breast cancer as her grandmother, Della Roberts, is a breast cancer survivor.