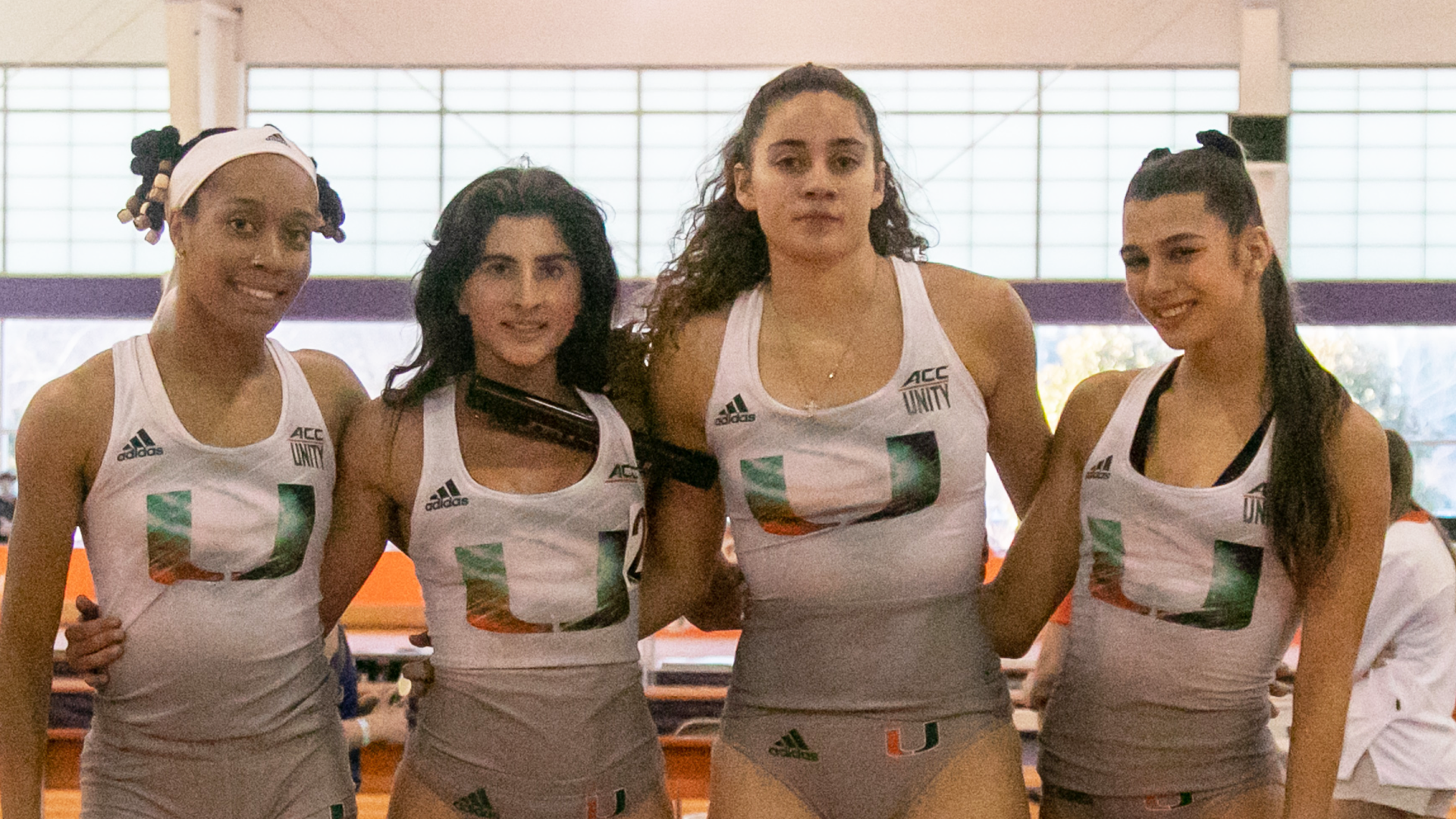 CLEMSON, S.C. – The University of Miami track and field team ended Day One of the Tiger Paw Invitational with a new program record in the women’s distance medley on Friday.

Natalie Varela, Sierra Oliveira, Kayla Johnson and Daphnee Lavassas teamed up to cross the finish line in 11:27.44, a Miami record and 27th fastest NCAA time this year. The quartet bested the previous time of 11:35.75 set in 2014.

Solomon Strader and Austen Cannon found themselves among the top-five in school history on the opening day of action. Strader ran a 400 meter time of 47.26 for the third fastest time in school history. For Cannon, he registered the fifth-best program mile time as he finished in 4:16.75.

In the field, Russell Robinson and Decio Andrade improved previous top-five school marks set earlier this season. After a 7.61 meter long jump at the Carolina Challenge, Robinson jumped 7.67 meters to tally the third farthest jump in the program record book, finishing second in the event. His jump is the 22nd best in the NCAA this year.

Andrade, a transfer from Angelo State, notched a second-place finish in the weight throw invitational. He threw 21.49 meters for the 16th farthest mark this year in the nation and second-best in UM history.

Miami will conclude the Tiger Paw Invitational with Day Two tomorrow. Action is set to begin at 10 a.m. with the men’s shot put.