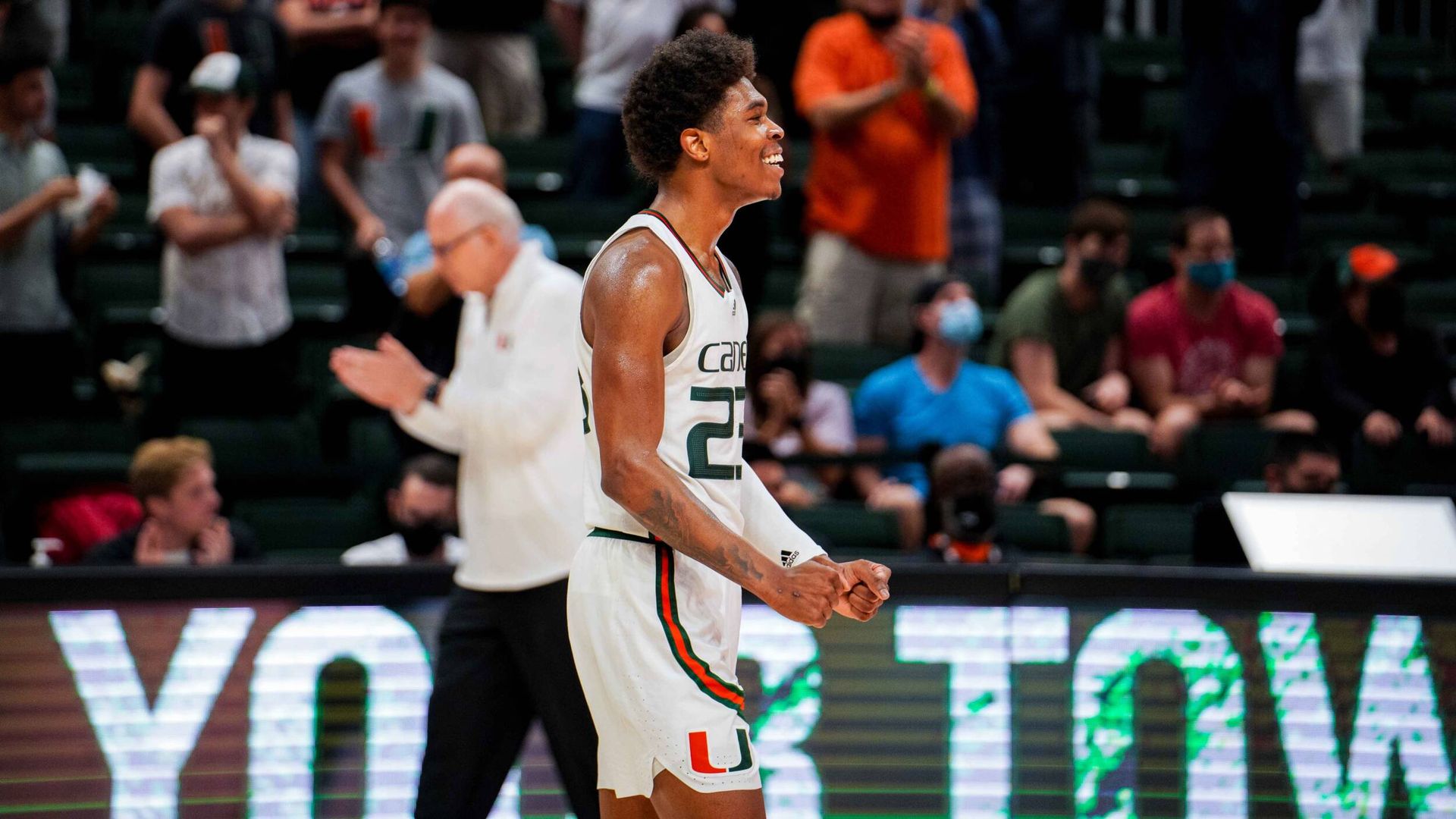 CORAL GABLES, Fla. – Kameron McGusty of the University of Miami men’s basketball team is a finalist for the 2021-22 Senior CLASS Award.

The sixth-year redshirt senior guard is one of 10 men’s basketball players who made the cut from 30 down to 10, as announced Tuesday. The prestigious award honors Division I seniors with notable achievements in four areas of excellence: community, classroom, character and competition.

The sixth Senior CLASS Award candidate in program history, McGusty is the first Hurricane selected as a finalist for the accolade.

McGusty is leading the Hurricanes in points (17.6) and rebounds (5.5) this season, while also notching 2.2 assists and 1.6 steals per game. He has five double-doubles, ranks fifth in the ACC in scoring and owns nine 20-point performances on the year.

The Katy, Texas, native owns 1,630 points in his illustrious collegiate career, including 1,037 as a Hurricane. McGusty is also a strong student who received a bachelor’s degree from Miami in May 2021 after majoring in sport administration with a minor in sociology. The two-time ACC Honor Roll member is now pursuing a second bachelor’s degree as an exploratory arts and sciences major.

A 6-foot-5, 190-pounder, McGusty has donated or volunteered his time in support of several charitable causes, including Operation Christmas Child, the Boys & Girls Club, Fight4Literacy and hurricane relief funds.

The finalists were chosen by a selection committee from the list of candidates announced earlier in the season. Nationwide fan voting begins immediately to help select the winner, and fans are encouraged to submit votes online at the Senior CLASS Award website through March 21. Fan votes will be combined with those of the media and Division I head coaches to determine the winners. The Senior CLASS Award recipients will be announced during the Final Four.

For more information on each of the finalists, visit SeniorCLASSAward.com. Fans can cast votes for McGusty HERE.