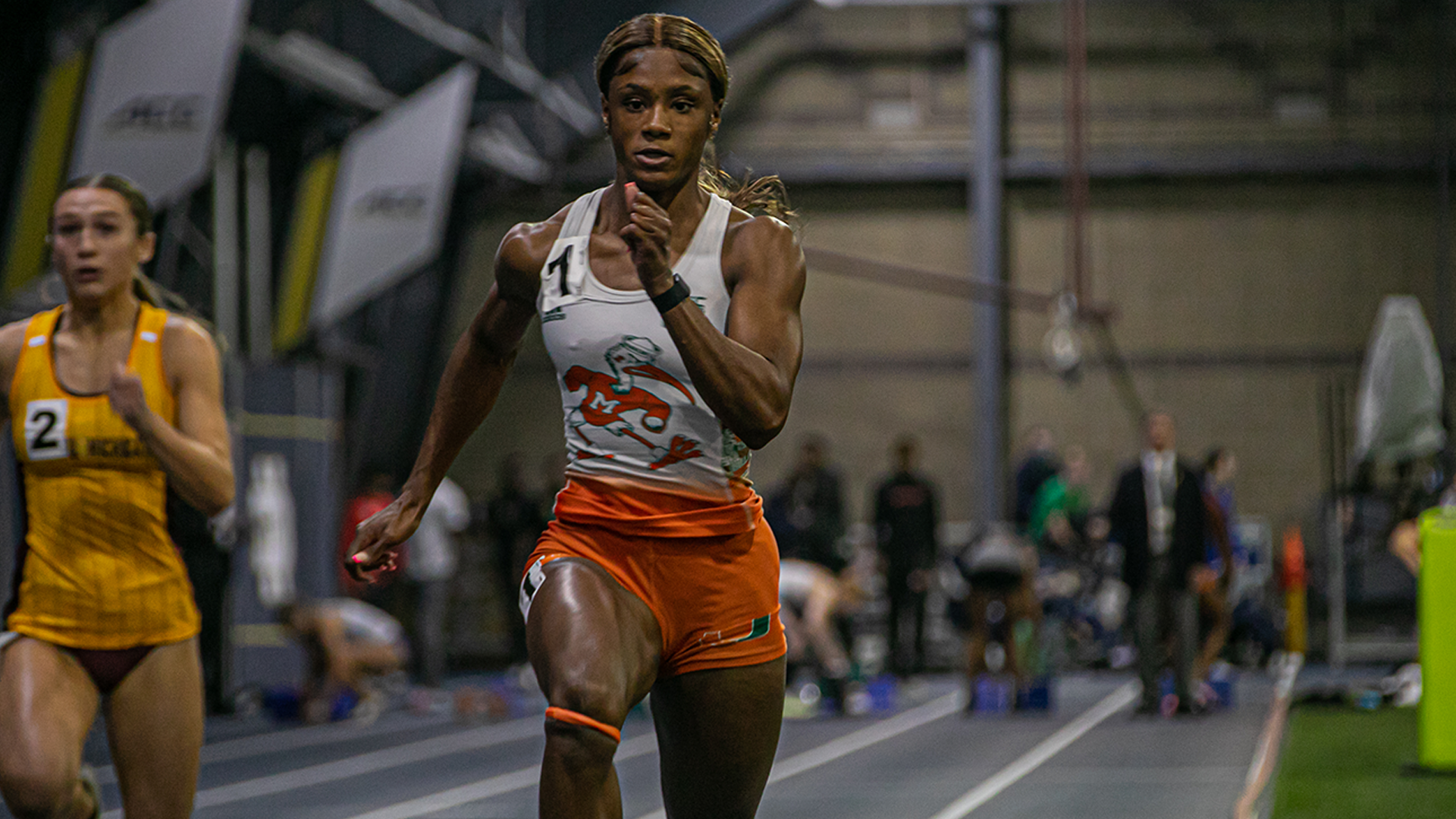 SOUTH BEND, Ind. – The University of Miami track and field team opened action at the Meyo Invitational on Friday inside the Loftus Sports Center.

After inclement weather canceled the sprinters and jumpers scheduled travel to Albuquerque, N.M., this weekend, both groups came ready to compete on the first day at Notre Dame.

The two event groups made their presence felt on day one as all five student-athletes – Alfreda Steele, Jacious Sears, Mercy Ntia-Obong, Lauryn Harris and Caleb Chevis – advanced to their respective semifinals tomorrow.

Steele led the trio of Canes in the women’s 60m prelims with a time of 7.37 to earn the top qualifying spot. Behind her came Sears in 7.46 and Ntia-Obong at 7.55 as the three Hurricanes took spots one through three. The semifinals will take place at 11:55 a.m. (ET).

Harris posted a 60m hurdles prelim time of 8.71 to earn her spot in the semifinals at 11:30 a.m. tomorrow. After Chevis finished in 7.02, he qualified as one of the top-24 to advance to the semifinals for the men’s 60m at noon.

UM capped the day off strong in the field. The duo of Russell Robinson and Kevin Snyder claimed first and second, respectively, in the triple jump. Robinson jumped 15.53m for the title, while Snyder posted a mark of 14.95m.

The pair of Kevin Arreaga and Decio Andrade took two of the top four spots in the men’s weight throw. After a throw of 21.15m, Arreaga walked away with second-place. Andrade placed fourth with a tally of 20.46m.

On the women’s side, Hannah-Sophia Hall earned fifth in the women’s weight throw, posting a 19.68m mark. Ashley Moore jumped 5.84m in the long jump on her way to a fourth-place finish on the first day.

The Meyo Invitational will conclude tomorrow, beginning at 9:45 a.m. with the women’s 3000m.