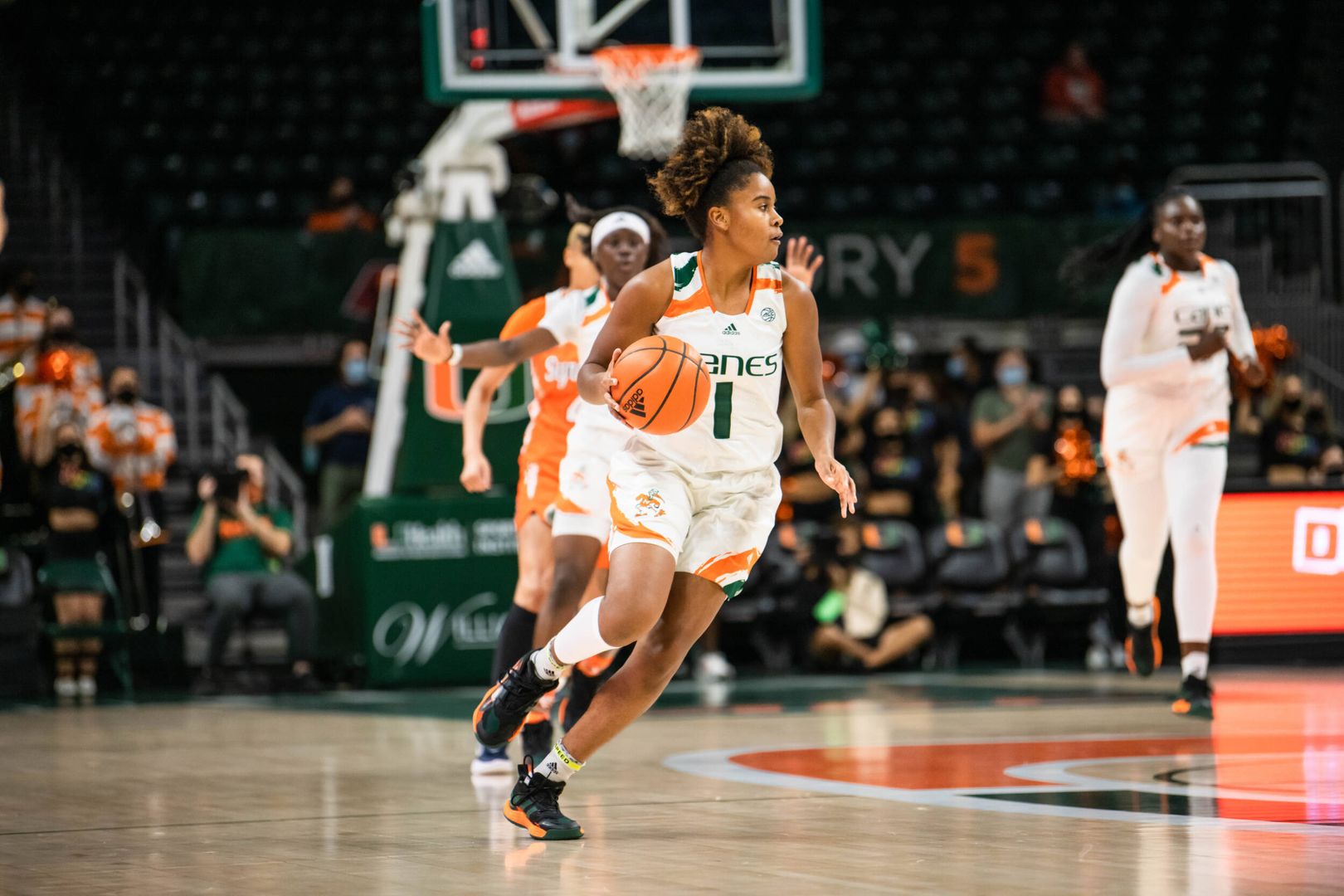 CORAL GABLES, Fla. – The University of Miami women’s basketball team bounced back from Tuesday’s loss to No. 4 Louisville, defeating the Syracuse Orange, 71-65, Thursday night at the Watsco Center. The game was won on the boards as the Hurricanes (12-8, 5-5 ACC) outrebounded the Orange (9-11, 2-8 ACC), 53-36.

“This was one of those games where the preparation was really important. [Syracuse is] a really dangerous team with their ability to shoot the three from all five positions,” head coach Katie Meier said. “The fourth quarter really got away from us and there was one point where it was 16-4 in favor of Syracuse. It took some special performances by some very special ladies [to get the win] tonight.” 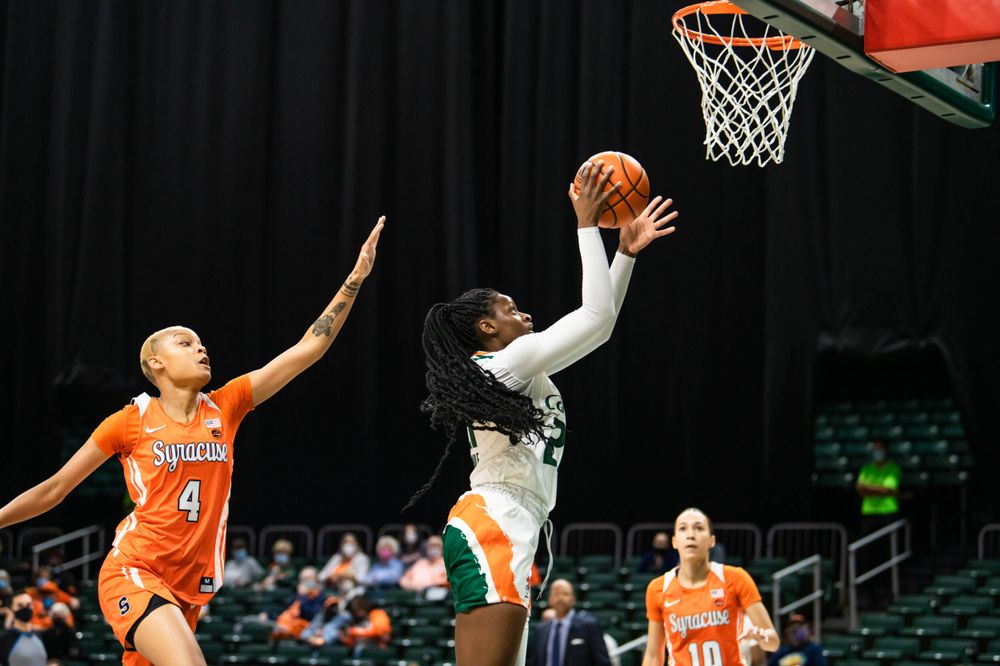 Junior Moulayna Johnson Sidi Baba was a vacuum on the glass, hauling in a career-best 16 rebounds to lead all players. Miami’s 53 rebounds marks the fourth time this season that the Hurricanes have eclipsed the 50-rebound plateau.

Forty-two of Miami’s 71 points came in the paint as both graduate student Maeva Djaldi-Tabdi and junior Lola Pendande recorded 14 points each. Graduate student Kelsey Marshall joined them in double-figures with 10 points for her seventh consecutive double-digit outing.

Miami shared the ball extremely well, tallying an assist on 72 percent (21-of-29) of its shots from the field. Senior Karla Erjavec paced the Hurricanes in dimes, dishing eight assists in the game, the most during her two years at Miami.

The Hurricanes opened the game on a 10-3 run, setting the tone early by playing with pace and precision. Five different Miami players scored four points in the first quarter to give the Hurricanes a 20-14 lead after the first 10 minutes.

The Orange battled back in the second, putting together a 7-1 run in the middle of the frame to pull to within one, 28-29, at the 4:16 mark. Miami responded with a pair of threes from Erjavec and Djaldi-Tabdi to extend its lead back to six as time expired in the first half. Djaldi-Tabdi’s 3-pointer with 47 seconds to go in the half pushed her scoring total to 10 points.

Miami picked up where it left off before halftime, embarking on a 6-0 run to increase its lead to 12 just a minute into the third. The Orange closed in on the Hurricanes, but senior Mykea Gray took over for Miami, knocking down back-to-back threes along with a pair of free throws to put together a solo 8-0 run.

Miami entered the fourth quarter with a 55-42 lead, but it was quickly whittled down to one by Syracuse, who outscored the Hurricanes 16-4 in the first half of the frame. A jumper by Marshall at the 3:18 mark finally put a stop to the bleeding for the Hurricanes, igniting a 9-0 run to put the Miami lead back at double-digits. Marshall poured in eight points in the final three minutes of the game to help Miami to the 71-65 victory.

The Hurricanes hit the road on Sunday, taking on the No. 24/23 North Carolina Tar Heels at 12 p.m. at Carmichael Arena. The game will air on ACC Network.