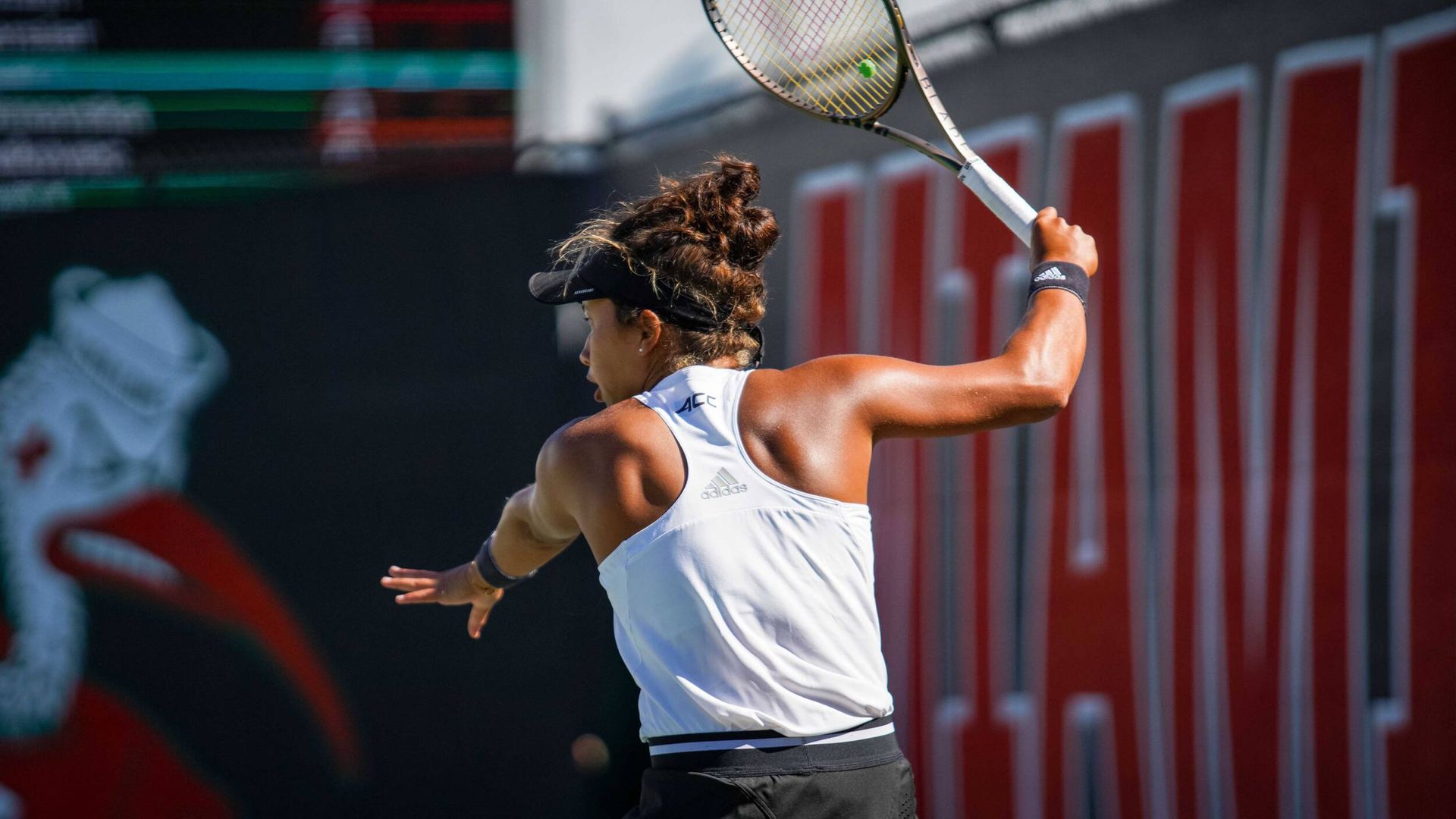 W. Tennis Holds Steady at No. 23 in ITA Rankings

Miami (3-1) has been in the top 25 for the entirety of the spring campaign thus far.

The Hurricanes went 1-1 in ITA Kick-Off Weekend action last weekend, dropping a heartbreaking 4-3 decision to USC, then ranked No. 17 and now No. 10, Friday afternoon in Waco, Texas. The next day, Miami rebounded to handily defeat Kansas, 4-1.

Miami is one of six teams from the ACC—the most of any league—in the top 25. The Hurricanes join second-ranked North Carolina, sixth-ranked NC State, seventh-ranked Virginia, No. 12 Duke and No. 24 Florida State on the list.

The Hurricanes are now the fifth-highest-ranked team in the ACC, a two-spot jump from last week.

The full ITA Top 25 Coaches Poll can be found HERE. The rankings will changed to a computerized method later in the season.

Miami is back in action Saturday at noon when it hosts No. 17 Old Dominion in a top-25 showdown at the Neil Schiff Tennis Center.