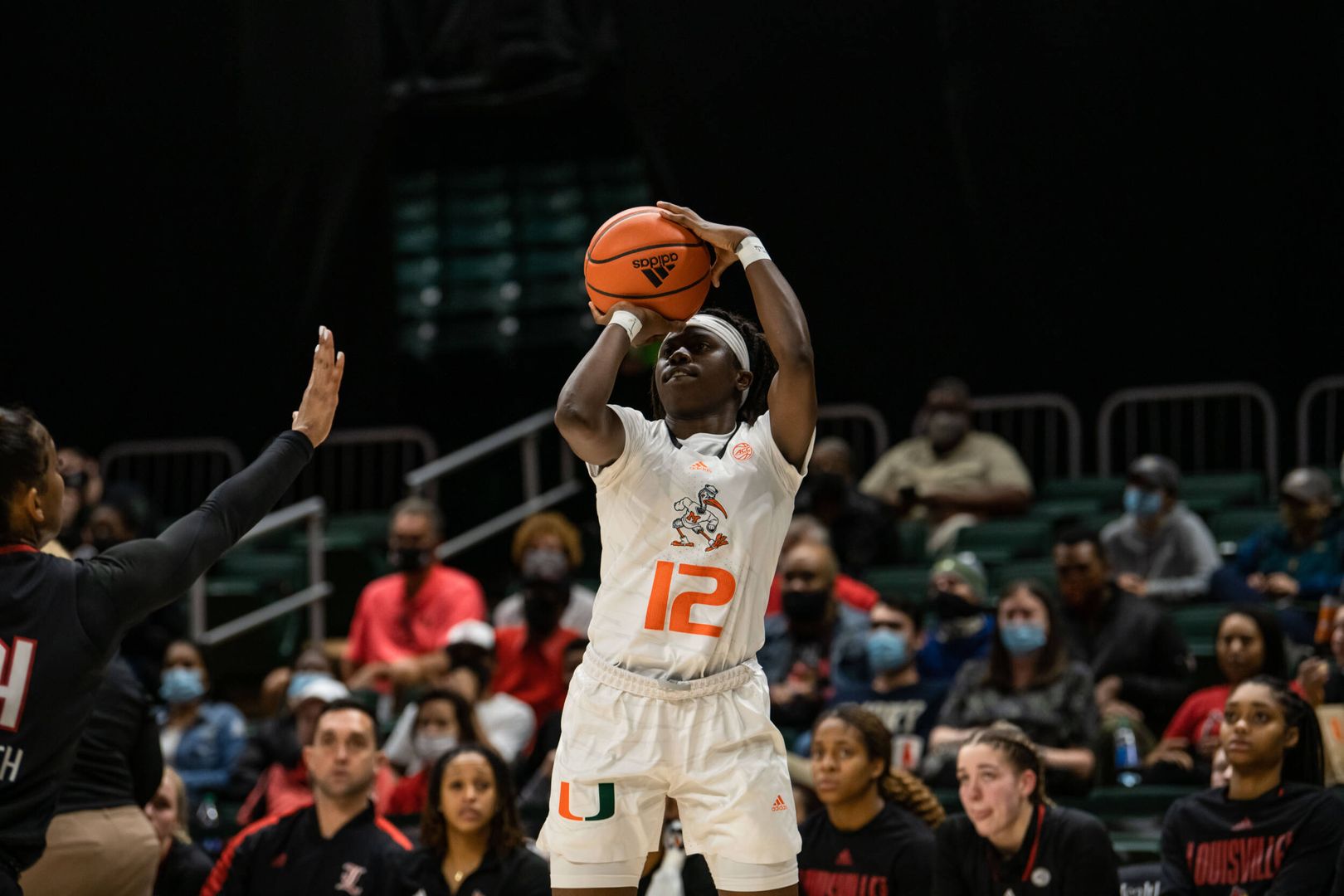 Miami Takes No. 4 Louisville Down to the Final Seconds

CORAL GABLES, Fla. – The University of Miami women’s basketball team proved once again that it can compete with the best teams in the nation, falling one possession shy, 69-66, of the No. 4 Louisville Cardinals (19-2, 9-1 ACC) Tuesday night at the Watsco Center.

“What a basketball game,” head coach Katie Meier said. “I can’t say that there was a moment when we weren’t determined to win that game. I think we had a couple of tired possessions early in the fourth, but then we woke up and were determined and it was going to be anyone’s game at the end there.”

Miami is one of just three ACC teams to take No. 4 Louisville down to the wire this season, joining the ranks of No. 3 NC State and No. 12/17 Georgia Tech. Miami and Georgia Tech each fell one possession short, while NC State knocked off the Cardinals, 68-59. 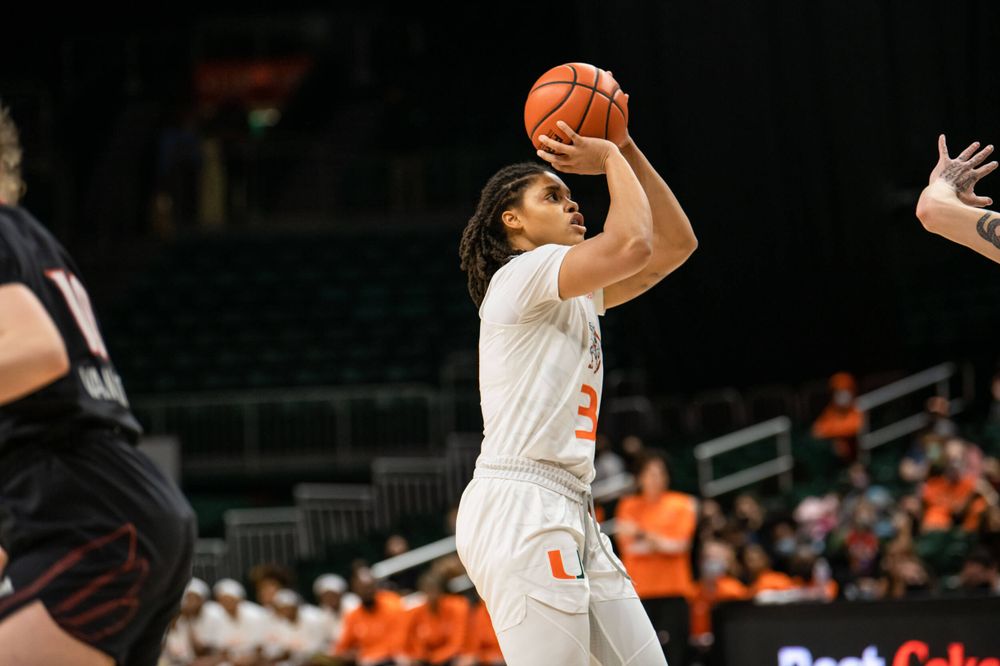 For the fifth time this season, Miami shot better than 45 percent from the field, hitting at a 47.1 clip (24-of-51) in the game. The Hurricanes’ 66 points were 14 points over the Cardinals scoring defense average (52.3) this season.

Freshman Ja’Leah Williams led the Hurricanes in scoring, pouring in a career-high 16 points and knocking down 6-of-7 shots in the game. Graduate students Destiny Harden and Kelsey Marshall joined Williams in double-figures with 13 and 11 points, respectively. Harden was just two rebounds shy of a double-double, pacing the Hurricanes on the boards with eight.

The Hurricanes opened the game with a couple quick baskets to take a 4-0 lead in the first minute of the game. Miami and Louisville traded scores through the remainder of the quarter with neither team holding more than a four-point advantage in the frame. Harden tallied seven points in the session to lead all scorers and keep Miami within one, 19-18, after 10 minutes of action.

The Cardinals outscored the Hurricanes, 13-6, in the first half of the second quarter, but a Williams manufactured a solo 6-0 run to pull Miami back to within two.

With the final possession in the first half, senior Mykea Gray drove to the basket but was blocked at the rim. The senior corralled the offensive board and dished the ball to Marshall, who knocked down a 3-pointer as time expired to tie the game at 35 heading into halftime.

Marshall carried the momentum into the second half, scoring the first four points to give Miami its first lead since the 5:07 mark in the first quarter. Louisville’s Chelsie Hall hit a 3-pointer halfway through the quarter to put the Cardinals back on top, but Miami quickly regained the lead, outscoring Louisville 8-4 in the final four minutes to take a three-point, 49-46, lead into the final 10 minutes.

Miami kept its foot on the gas to start the fourth, scoring seven straight points to take a 56-48 lead at the 8:26 mark in the quarter. However, the Cardinals hit a trio of threes over the next six minutes to regain the lead, 65-63, with a minute to play.

In a big-time moment, Marshall stepped up to drain a crucial three, giving Miami the 66-65 advantage with 47 ticks left on the clock. The Cardinals’ offense was too much for the Hurricanes in the end, as Louisville responded with a layup at the 32-second mark and a pair of free throws down the stretch to leave with the victory.

“Going into the locker room we were kind of down because we lost by three points, but it wasn’t a bad-spirit down,” Williams said. “This game let us know that we are a tough team. It gives us hope that we can stick with [top teams].”

The Hurricanes have a quick turnaround as they host the Syracuse Orange in just two days’ time, tipping off at 7 p.m. on Thursday at the Watsco Center. The game will be streamed on ACC Network Extra.