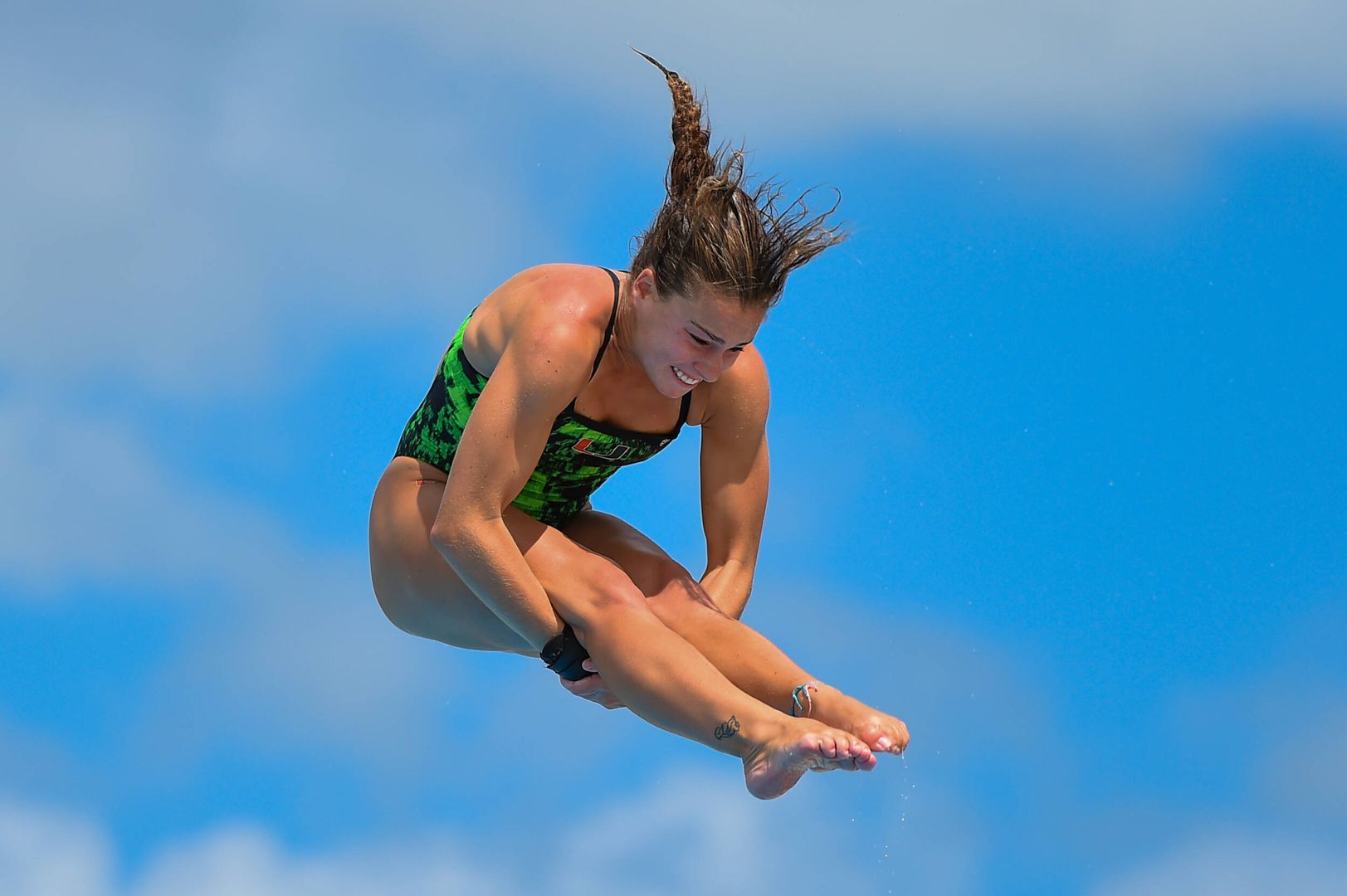 ATLANTA – The University of Miami diving program enjoyed a strong weekend at the McAuley Aquatic Center featuring a number of standout individual performances on the boards.

The Hurricanes divers were competing against host Georgia Tech along with Arkansas and Tulane.

Mia Vallée delivered a dominant performance on the weekend in preparation for the postseason, with the third-year diver capturing top honors in both of her signature springboard events. On the men’s side, Max Flory won the 1-meter and 3-meter springboard, averaging 61.95 points on his 1-meter dives and 64.08 on his 3-meter dives.

The Hurricanes took the top-three performances in the women’s 1-meter, with Vallée earning the top finish (345.05) followed closely by Emma Gullstrand (344.15) and Millie Haffety (312.75).

The Hurricanes divers will compete at the ACC Swimming & Diving Championships from Feb. 15-19 in Atlanta.