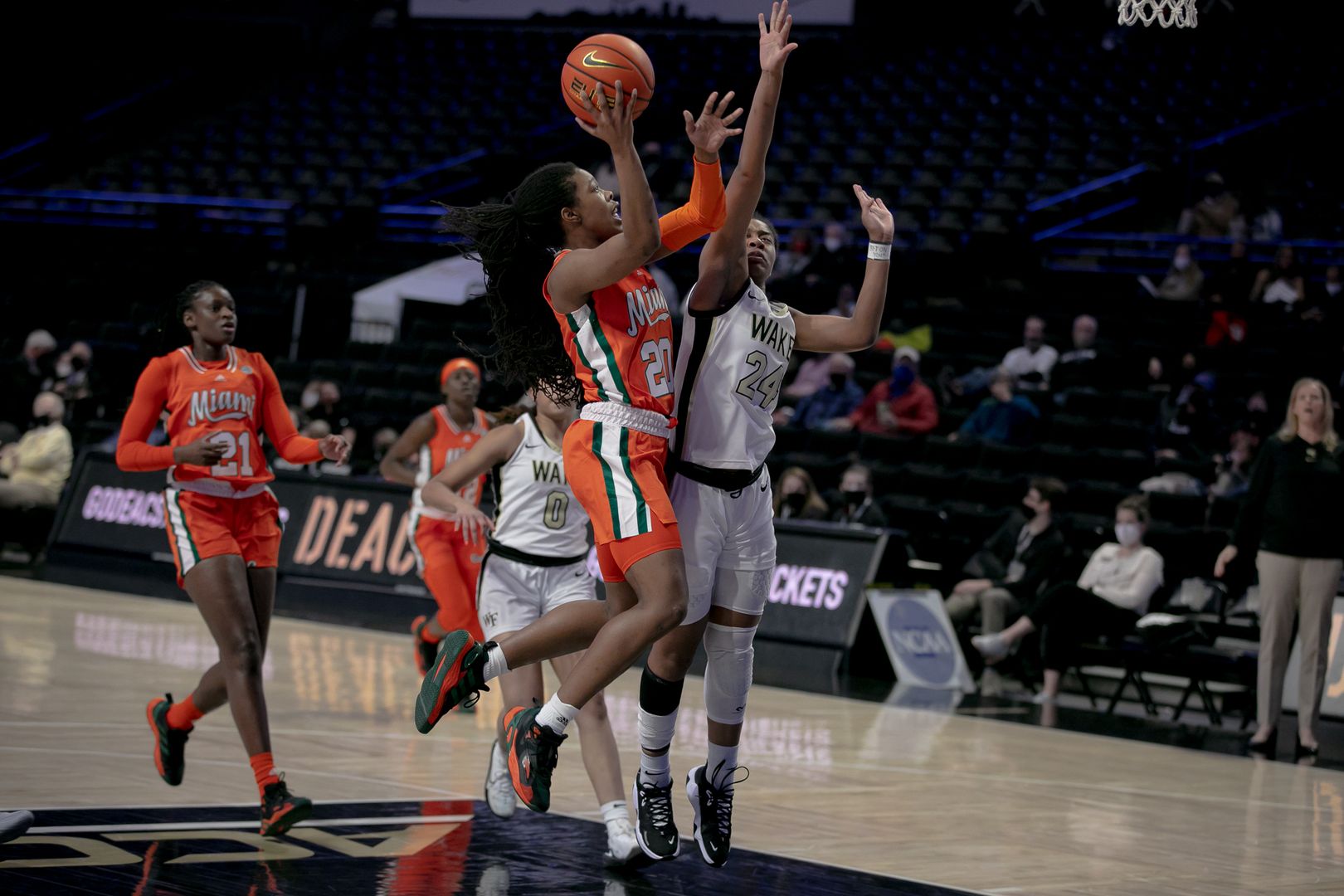 “We have some road wins already, early in the conference season and we are not even halfway through and these are huge,” head coach Katie Meier said. “That fourth quarter performance, we got down four in the fourth and we had to do some special things. During the last four minutes, I believe we really executed some of our best basketball.”

Graduate students Kelsey Marshall and Destiny Harden paced the Canes in scoring, pouring in 16 and 13 points, respectively. Marshall tallied her 14th double-digit effort of the season, while Harden reached double-figures for the third straight game.

Freshman guard Ja’Leah Williams dominated the boards for Miami, hauling in 10 rebounds for the first double-digit rebounding effort of her career. Williams added eight points, four assists and three steals to her stat line to propel the Hurricanes to victory. 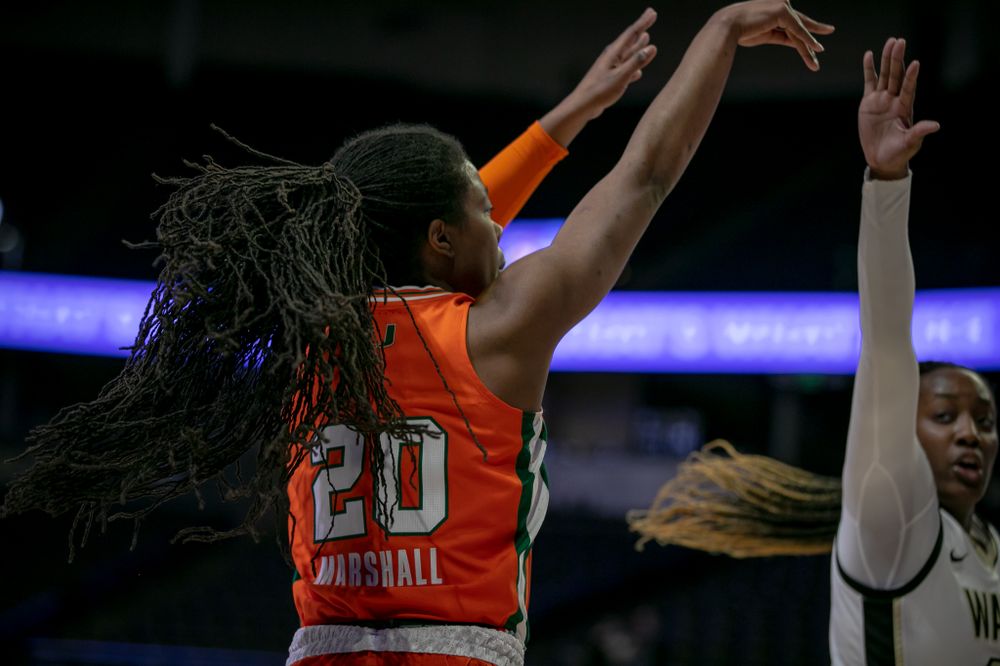 The Hurricanes were explosive on offense in the first quarter shooting 60 percent (9-of-15) from the field. Harden was a perfect 3-for-3 in the frame to total six of her nine first-half points in the first. The Demon Deacons knocked down three 3-pointers in the first to trail by just one, 19-18, at the end of the first 10 minutes.

Six different Hurricanes scored in the second quarter as the offense cooled off, hitting just 5-of-16 shots in the quarter. However, the Miami defense held Wake Forest to shooting just 29.4 percent in the frame to take a 32-29 lead into the locker room at the break.

Miami stretched its lead to as much as five thanks to a 7-0 run in the middle of the third quarter, but Wake Forest closed the frame on a 7-0 run of its own to take a two-point, 46-44, lead with 10 minutes to play. Marshall and graduate student Maeva Djaldi-Tabdi combined to score 10 of Miami’s 12 points in the third quarter, each knocking down a 3-pointer.

The Demon Deacons led for a majority of the fourth quarter but the Canes were not deterred and senior Karla Erjavec tied the game up at 52 with a huge 3-pointer halfway through the frame.

“Karla has been playing so great for us. She was plus-17 in a very tight basketball game,” Meier said. “She played 33 minutes and had four assists and one turnover. She’s just been playing fantastic.”

Williams was crucial for the Hurricanes down the stretch, pouring in all eight of her points in the final 10 minutes, including being a perfect 6-of-6 at the charity stripe. The guard also hauled in four rebounds and tallied an assist to put together a complete fourth quarter effort.

The Hurricanes knocked down four straight shots in the final minutes to seal the 66-59 road win.

Miami returns home on Tuesday to host the No. 5/4 Louisville Cardinals at 7 p.m. at the Watsco Center. The game will air on ACC Network Extra.