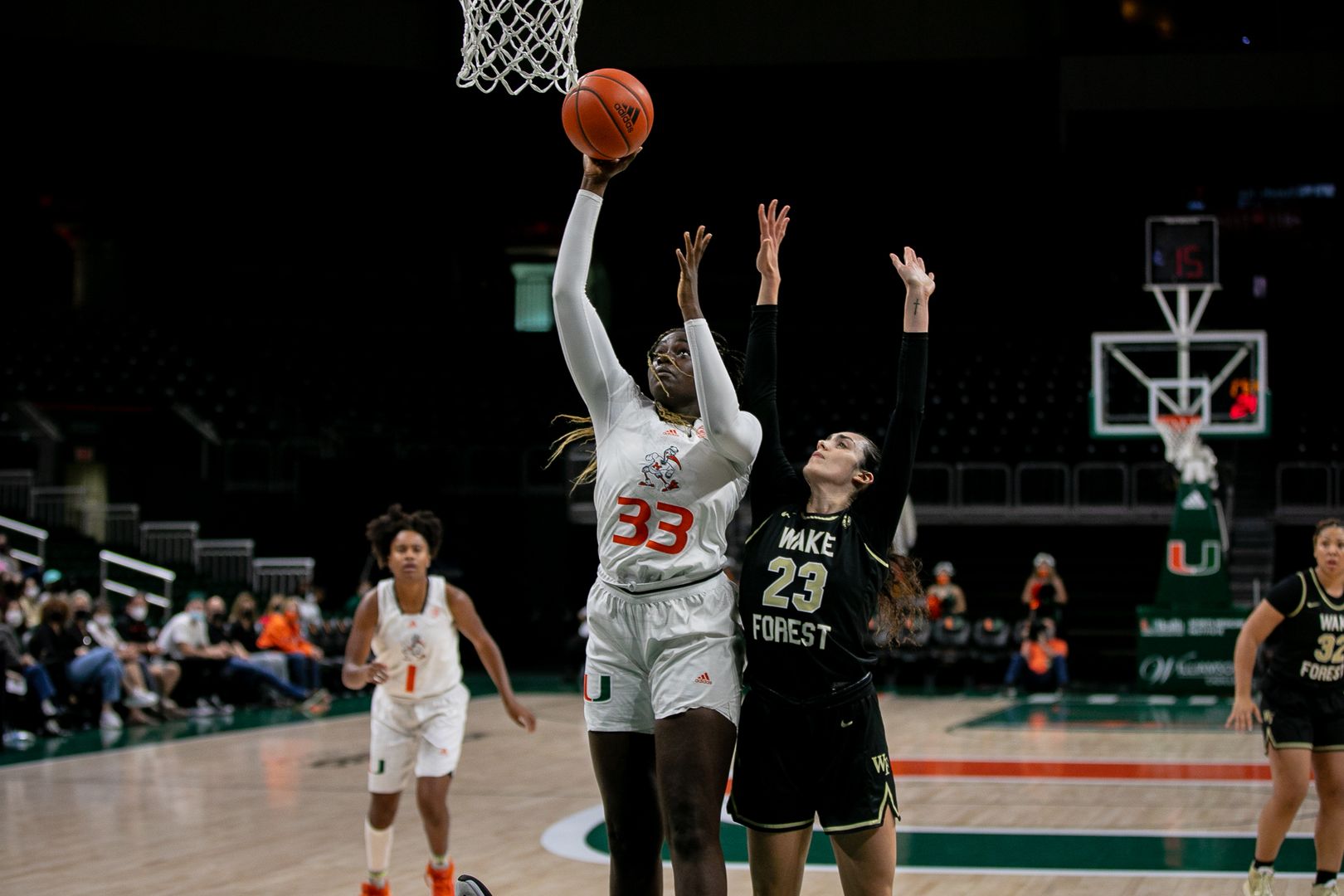 Competing Against the Best

CORAL GABLES, Fla. – “There are no easy games in the ACC.”

That is a refrain that University of Miami head women’s basketball coach Katie Meier tells her team often. With five teams in the Associated Press top 25 and eight teams sitting in the top 50 in NET rankings, the Atlantic Coast Conference is one of the toughest leagues in college women’s basketball.

The sentiment was confirmed on Sunday when the Hurricanes traveled to Chestnut Hill, Mass., to take on the Boston College Eagles. The Eagles sat just one spot ahead (seventh) of the Canes in the ACC standings entering Sunday’s contest, holding a 4-3 record in ACC play this season.

The 47th team in the NET rankings, Boston College proved that any ACC team can win on any given night when they bested Miami, 79-66 on Sunday.

“Boston College is really good. They have a lot of firepower and had a ton of confidence,” Meier said. “If Boston College is shooting 9-of-16 from the three and Taylor Soule has 23 points, and we’re a very good defensive team, you have to tip your hat to them and just say, ‘Wow.’” 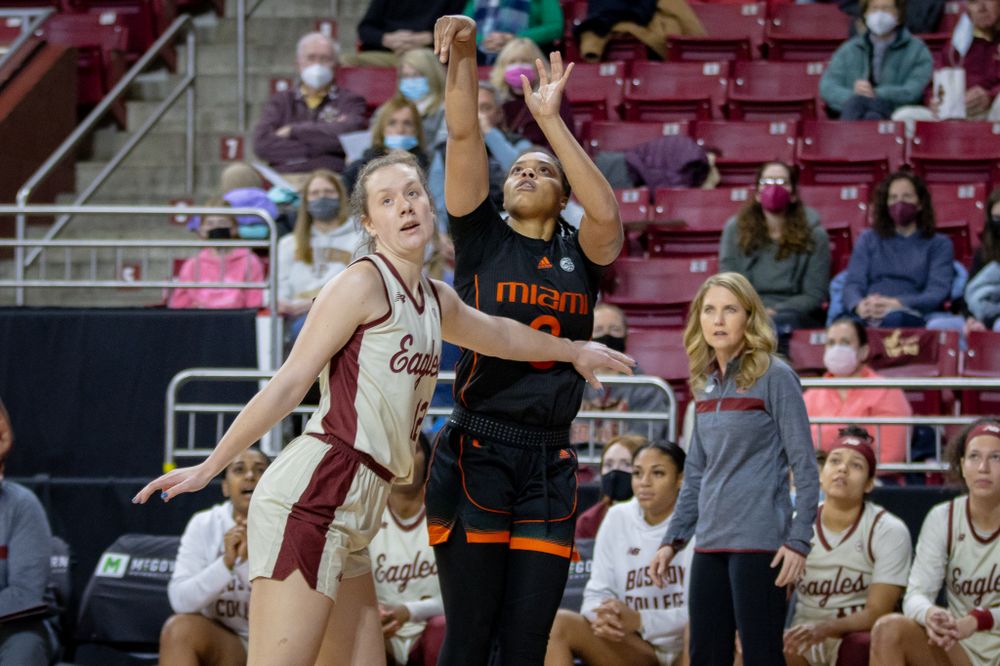 The Hurricanes, who were coming off a big win over in-state rival Florida State just three days before, shot 50 percent from the field in the game en route to a 66-point offensive performance. In five of the six other ACC games played, 66 points would have won the game, but Boston College challenged the Hurricanes defense the entire contest.

The Hurricanes will go from facing the best shooting player in the ACC in Taylor Soule (.567), to the league’s top scorer in Wake Forest’s Jewel Spear (19.6) on Thursday. Miami and Wake Forest have already met once this season, with the Demon Deacons coming out on top, 47-46, at the Watsco Center.

Because the conference is so competitive this season, the Hurricanes know that Thursday’s game is up for grabs, despite having lost to the Demon Deacons just three weeks ago. And with road wins counting more in the NET rankings, the Hurricanes have an opportunity to continue to climb the NET ladder and position themselves well for the ACC Tournament.

“To get a road win in this stretch and get that No. 15/16 Georgia Tech win at home in this week was huge,” Meier said. “This week was not a failure by any stretch of the imagination; we beat a ranked opponent and we beat our rival on the road. Now, we have to focus up and go to Wake Forest and really grab a game that we felt we left on the table at home when we had that 25-day layoff.” 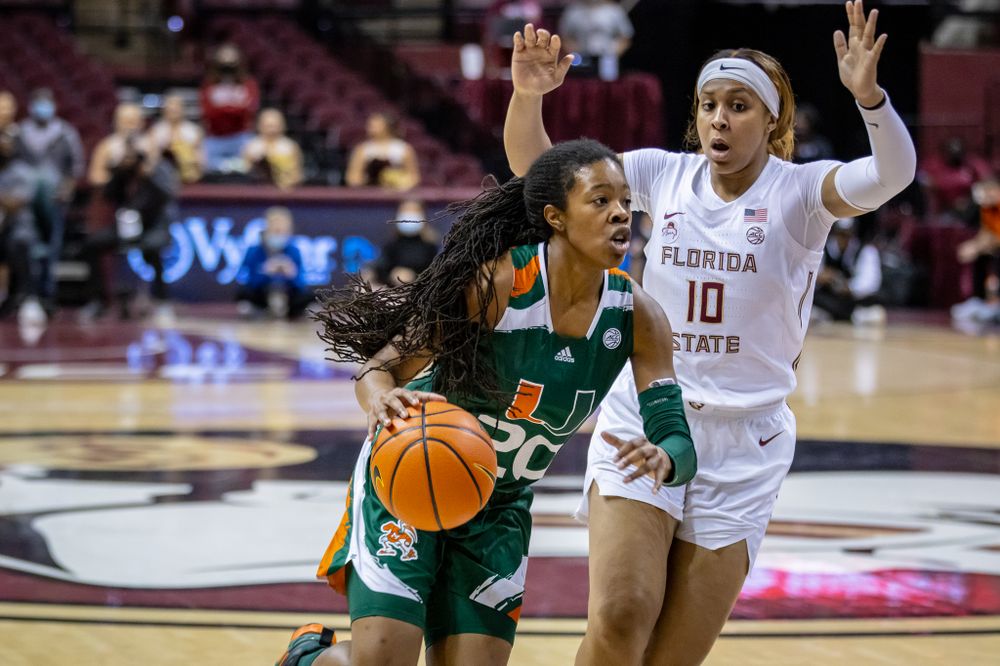 Miami will close out a three-game road stint on Thursday against  the Demon Deacons. The Hurricanes are 7-3 in the last 10 games against Wake Forest and 15-11 all-time against the Demon Deacons. When playing at LJVM Coliseum, Miami holds a 6-4 advantage over the Deacs.

Tipoff on Thursday is set for 7 p.m. and the game will air on Bally Sports (RSN), with Evan Lepler and Tabitha Turner Wilkins on the call. Fans can also listen to the game on WVUM 90.5.