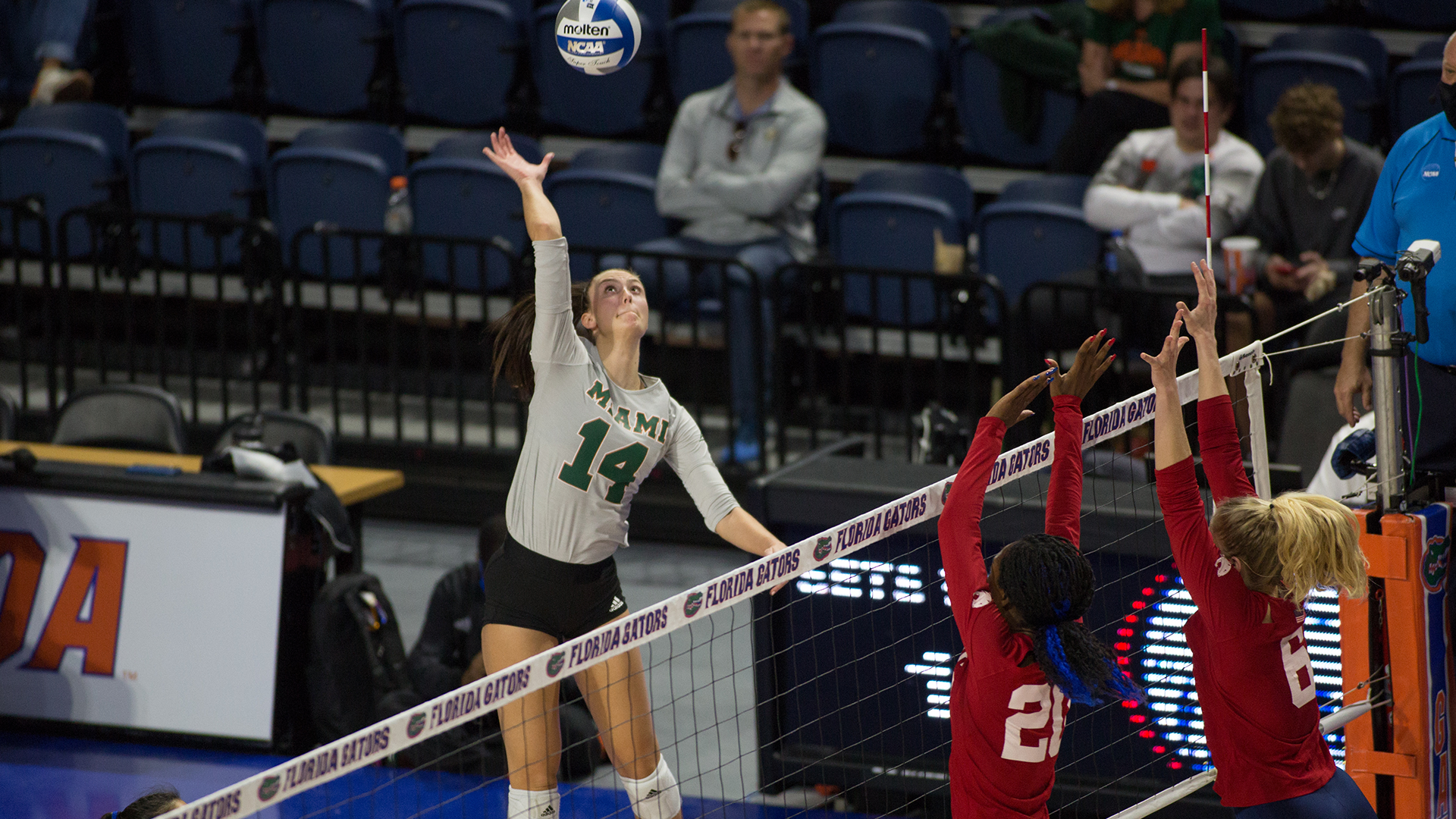 CORAL GABLES, Fla. – Three University of Miami volleyball student-athletes were named to the All-ACC Academic Team, as announced Tuesday morning by the conference.

Redshirt sophomore Angela Grieve, freshman Peyman Yardimci and senior Priscilla Hernandez were each named to the team for the first time in their careers.

Grieve, a sport administration major, was crucial on the pin for the Hurricanes in 2021. She played in all 30 matches as she ranked sixth in the ACC with 3.73 kills per set and seventh with 377 kills. The Jupiter, Fla., native recorded an attacking percentage of .221, tallying double-digit kills in 25 matches. Grieve sits eighth in program history with 4.10 points per set in her career and seventh with 3.50 kills per set for her career.

In her first season as a Cane, Yardimci started 29 of 30 matches for Miami. A two-time ACC Freshman of the Week, she finished the year with 268 kills and 2.58 kills per set, both second most for the Hurricanes. The business technology major totaled the third highest number of blocks with 91. This is Yardimci’s second postseason honor after being named to the All-ACC Freshman Team on Nov. 29.

A management major, Hernandez was one of two Miami players to appear in all 107 sets in 2021. The senior libero ended her career at The U with the eighth most digs in the school record book, 1,011. She posted a career mark of 3.00 digs per set for the sixth most in Miami history. Hernandez’s 4.07 digs per set on the year are a new career-high for single season and the 10th most in school history. The Miami, Fla., native finished second on the team with 108 assists and 28 aces.