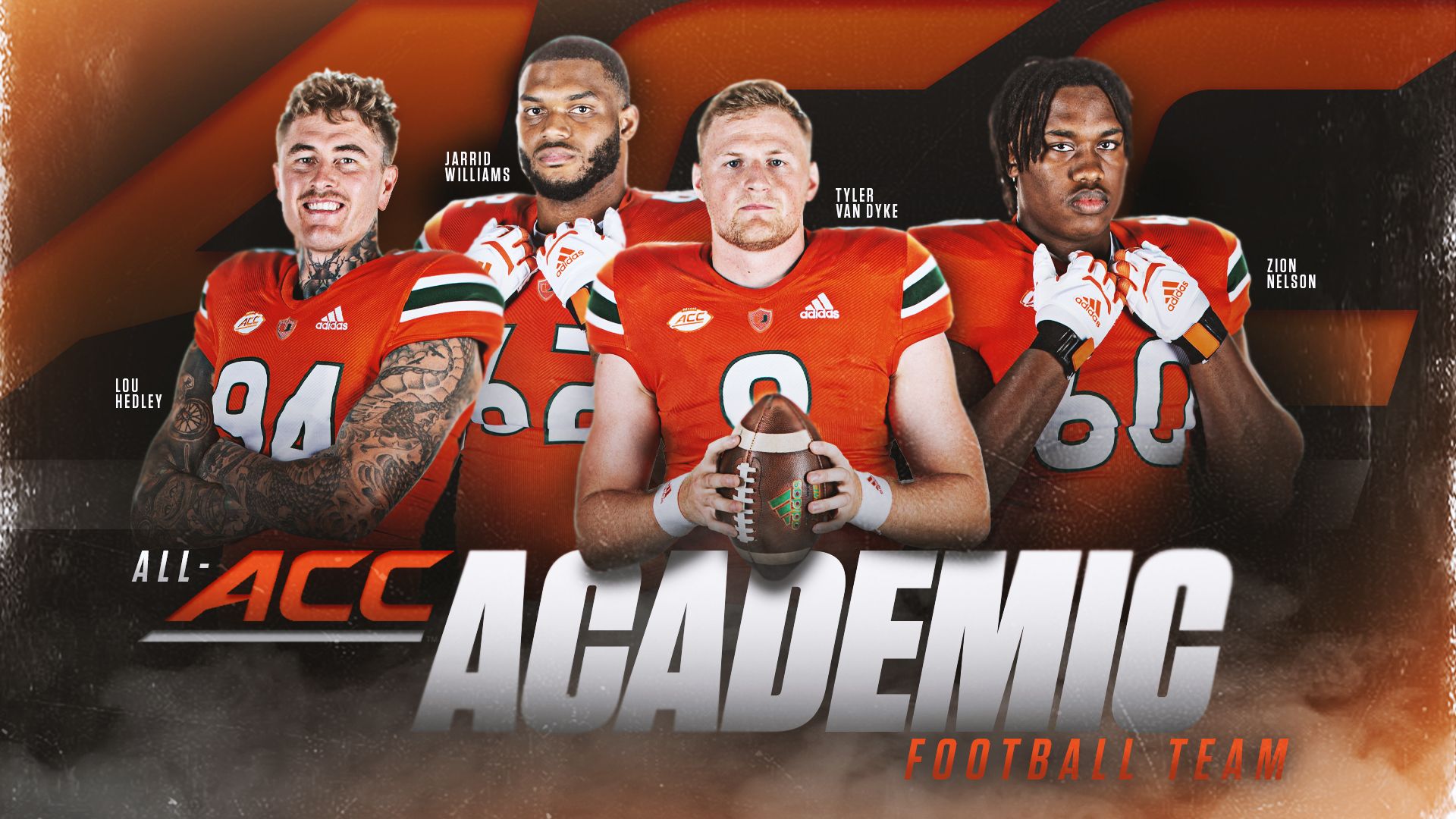 Punter Lou Hedley, offensive lineman Zion Nelson, quarterback Tyler Van Dyke and offensive lineman Jarrid Williams were among those players selected to the All-ACC Academic Football Team, which has been chosen every year since 1954.

Hedley, a second-team All-ACC honoree this past season, is earning his master’s degree in liberal studies. The Mandurah, Australia native enjoyed another standout campaign in 2021, averaging 44.9 yards per punt with a long punt of 62 yards.

Nelson, who majors in computer science, started all 12 games on the offensive line for the Hurricanes last season and earned All-ACC Honorable Mention recognition. Nelson has started 32 games over his three years at The U.

The conference’s rookie of the year, Van Dyke delivered a dazzling first season as the team’s starting quarterback in 2021. Van Dyke, who is majoring in real estate, threw for 2,931 yards with 25 touchdowns compared to six interceptions in nine starts.

Williams, who finished his second year at The U in 2021, earned his master’s degree in liberal studies while serving as one of the team’s top offensive linemen. Williams made 20 starts in two years after transferring to Miami from Houston.

The team was chosen from a pool of ACC football student-athletes who were nominated by their schools.