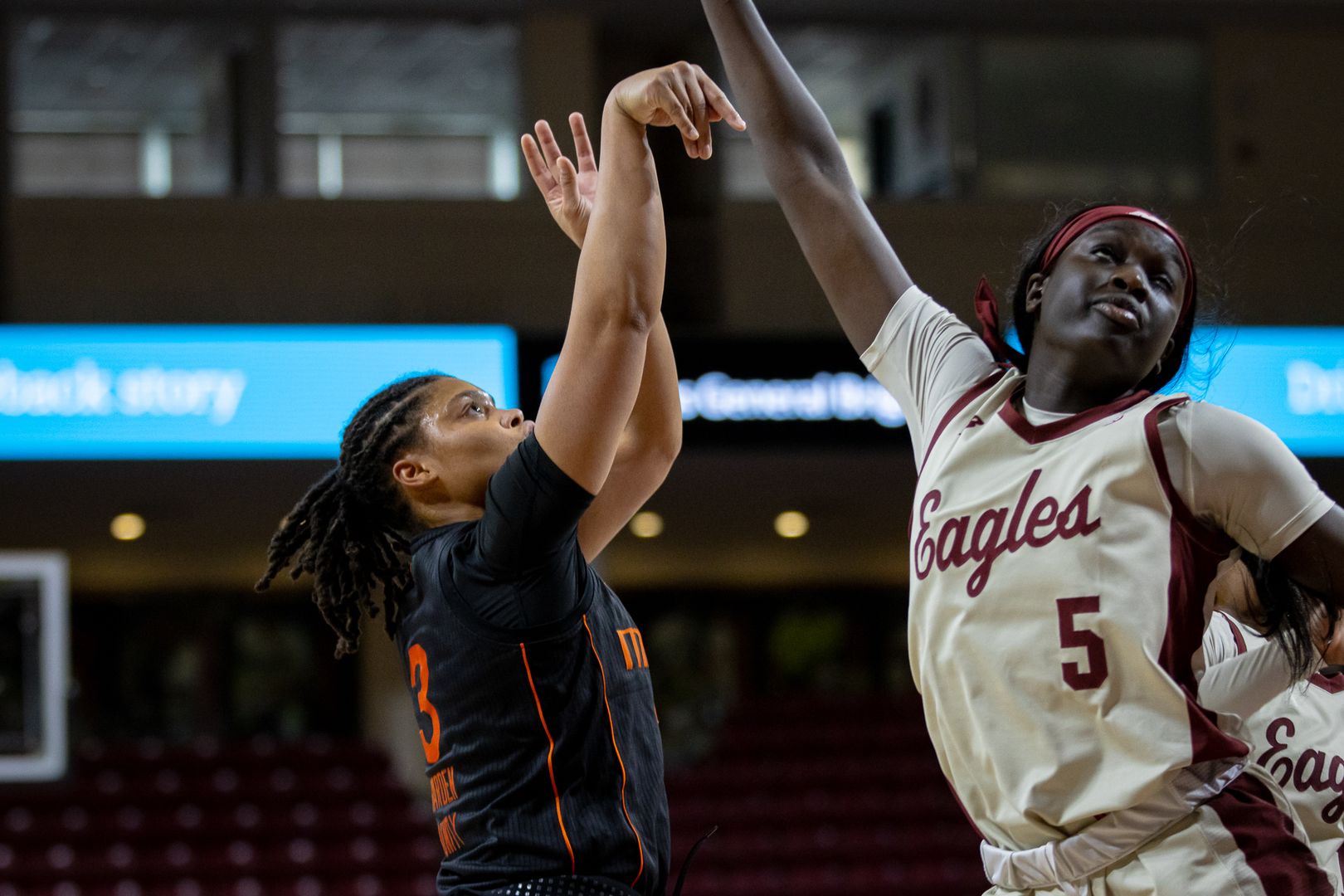 Five Canes Score in Double-Digits in Loss to Boston College

Five Canes scored in double-digits as the Hurricanes (10-7, 3-4 ACC) shot 50 percent from the field for the third time this season. Junior Lola Pendande led Miami in scoring and rebounding with 13 points and six boards, respectively.

“It was an intense road battle with a ton of adjustments in the second quarter and at halftime,” head coach Katie Meier said. “During the second and third quarter, I think we were a high-level basketball team. In a tightly contested game, we gave effort and energy, but we got beat to the ball in the fourth and blew some mental reps.”

The Eagles outscored the Hurricanes 16-7 in the first five minutes of the game, including an 8-0 run to stretch their lead to nine at the 4:28 mark. Both teams shot above 40 percent in the quarter, but Boston College’s .588 clip from the field gave them a 25-16 advantage at the end of the first.

Miami’s defense got to work in the second quarter, making four straight stops to facilitate a 6-0 run in the first two minutes of the frame. The Hurricanes held Boston College to just five field goals in the second, while outscoring the Eagles 22-12.

Williams dominated the court for Miami, totaling eight points in the second quarter to highlight the Hurricanes’ efficient second quarter offense. As a team, Miami knocked down 10-of-13 shots from the field and tallied 11 points off seven Boston College turnovers. Pendande gave Miami the lead as time expired in the frame, putting up a second-chance layup to make it 38-37 lead for the Canes.

It was a back-and-forth affair in the third quarter as there were five lead changes and two ties in the frame. Boston College’s Ally VanTimmeren tallied three 3-pointers in the third to give the Eagles a three-point, 57-54, lead heading into the final 10 minutes.

Miami retook the lead thanks to a 6-0 run to start the fourth, but the momentum shifted at the 6:15 mark when a charge taken by graduate student Maeva Djaldi-Tabdi was reversed after a challenge by Boston College. The Eagles closed the game on a 17-6 run to come away with the 79-66 victory. 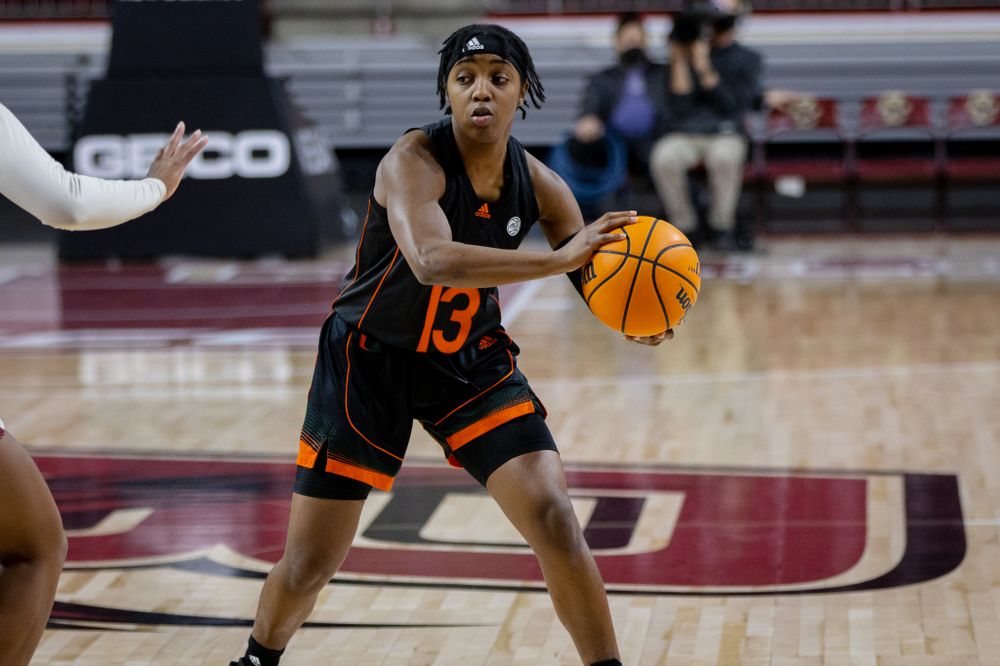 “We can’t be devastated by this loss, at all,” Meier said. “This week was not a failure by any stretch of the imagination – we beat a ranked opponent and we beat a rival on the road. Now we have to focus up and go to Wake Forest and grab a game that we felt we left on the table at home when we had that 25 day layoff.”

The Hurricanes remain on the road, taking on the Wake Forest Demon Deacons on Jan. 27 at 7 p.m. in Winston-Salem, N.C. The game will be televised on Bally Sports.