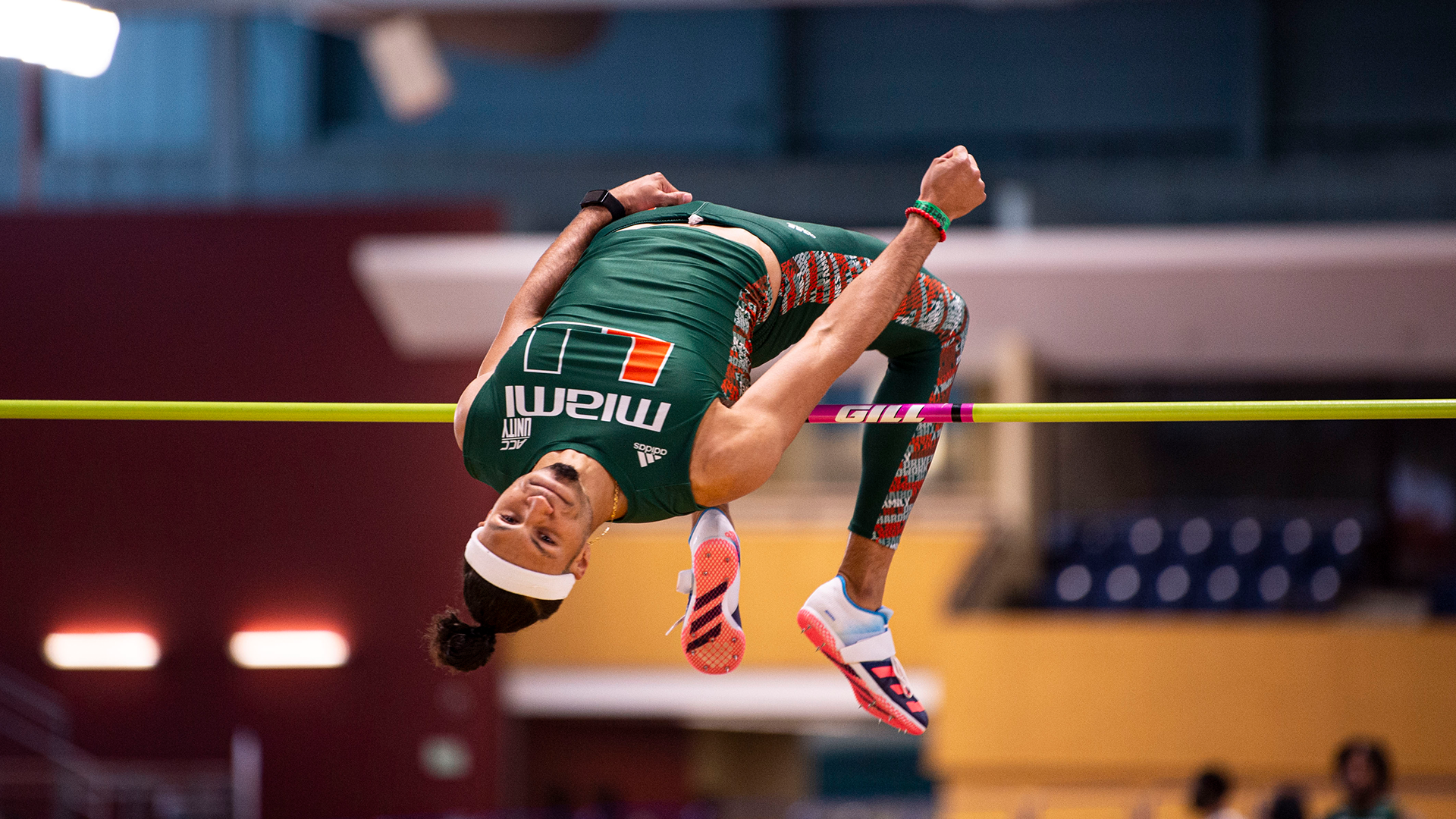 This week, UM will travel to Columbia, S.C., for the Carolina Challenge on Friday and Saturday as it looks use its momentum from week one. The competition will be held at the Carolina Indoor Track and Field Complex.

Graduate student Isaiah Holmes opened the day with a program high jump record of 2.11m. Teammates Ayman Zahafi and Natalie Varela joined Holmes in the history book, each setting a new best time in school history for the 1000m. Zahafi finished first in his event with a time of 2:24.60 and Varela crossed the finish line in 2:52.44 to take second.

In her Miami track debut, Daphnee Lavassas smoked the previous school 3000m record by over five seconds with a time of 9:41.65 to earn her first win as a Cane on the track.

The Canes swept both the triple jump and 4x400m relay at UAB. Ashley Moore took the title in the women’s triple jump with a mark of 12.39m, while Justin Forde set a new program record with his winning jump of 16.04m.

In the women’s 4x400m relay, the team of Jacious Sears, Kayla Johnson, Moriah Oliveira and Blanca Hervas-Rodriguez clocked in a time of 3:40.44 for the win. On the men’s side, they finished in 3:15.23 with the squad of Ryler Gould, Khamal Stewart-Baynes, Davonte Fuller and Zahafi.

Tickets for fans can be purchased at the door and be cash only. Admission is $10 for adults, $5 for 17 and under is $5 and free for two and under.

Live results can be followed along here.