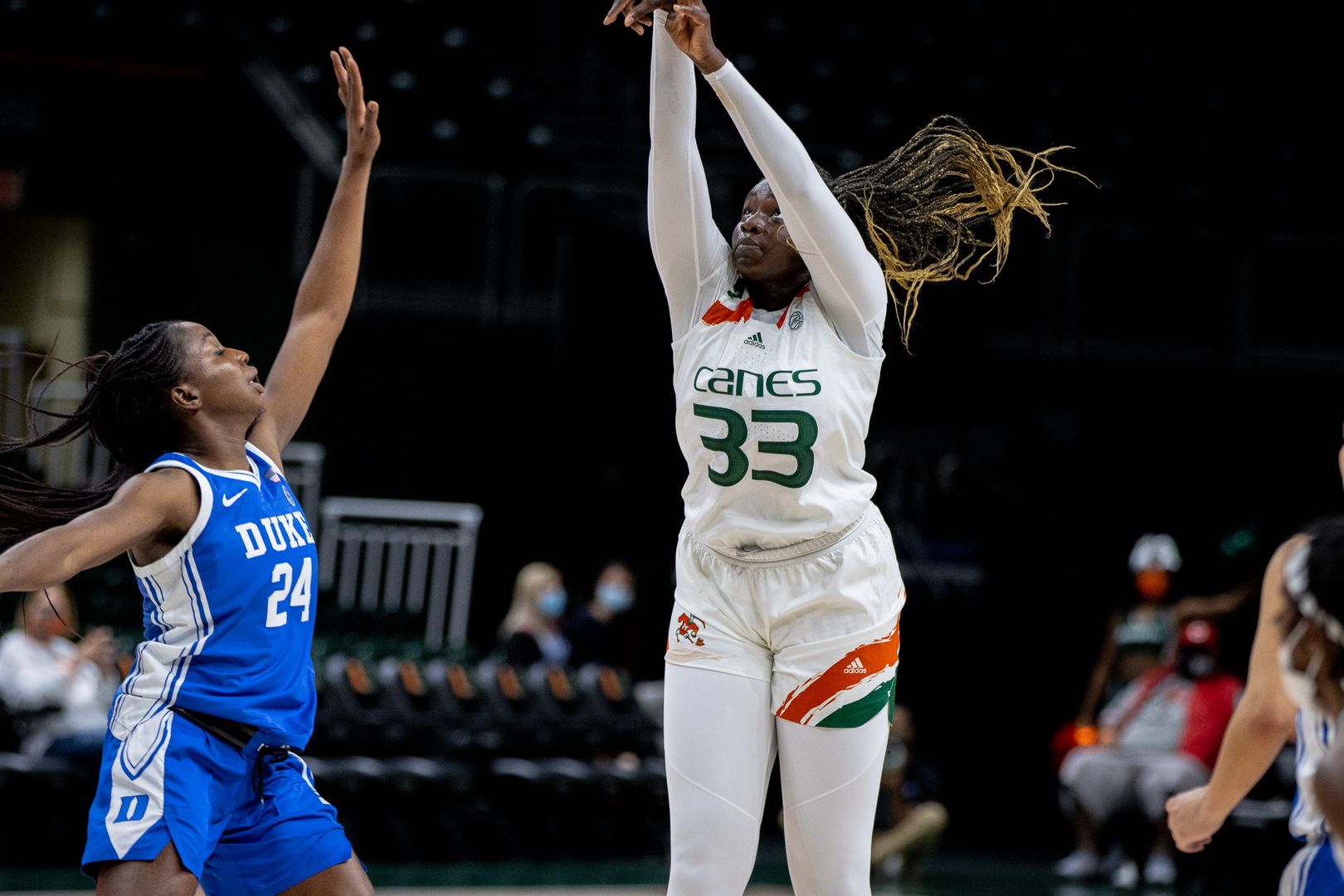 CORAL GABLES, Fla. – The University of Miami women’s basketball team fell short of the upset against the No. 21/24 Duke Blue Devils, facing a 58-49 defeat Tuesday afternoon at the Watsco Center.

Graduate students Maeva Djaldi-Tabdi and Kelsey Marshall combined for 34 of Miami’s 49 points in the contest, pouring in 19 and 15 points, respectively. Djaldi-Tabdi’s 19 points tied her career high in scoring set in 2018 against Bucknell. Marshall reached double-digits for the 11th time this season.

For the third time this season, junior Moulayna Johnson Sidi Baba led the Canes in rebounding, hauling in six boards in the contest.

Miami drew first blood on a Marshall fast-break layup, but Duke responded with a 7-2 run to take their first lead of the game. The teams traded baskets for the rest of the frame, with the Blue Devils holding a 16-13 lead after one.

Duke extended its lead to as much as seven in the second quarter until an old-fashioned 3-point play by Marshall sparked a 9-2 run for the Canes to tie the game at 26 with 1:36 remaining in the half. Duke’s Shayeann Day-Wilson halted the run with a three at the 46-second mark to give the Blue Devils a 3-point lead at halftime.

Miami hung with Duke in the third quarter, never letting the Blue Devils lead get larger than seven points. The Canes rattled off a 7-2 run late in the quarter to pull within two thanks to back-to-back layups from Djaldi-Tabdi. However, Duke’s Lexi Gordon knocked a 3-pointer as time expired in the quarter to push the Blue Devils lead back to five. 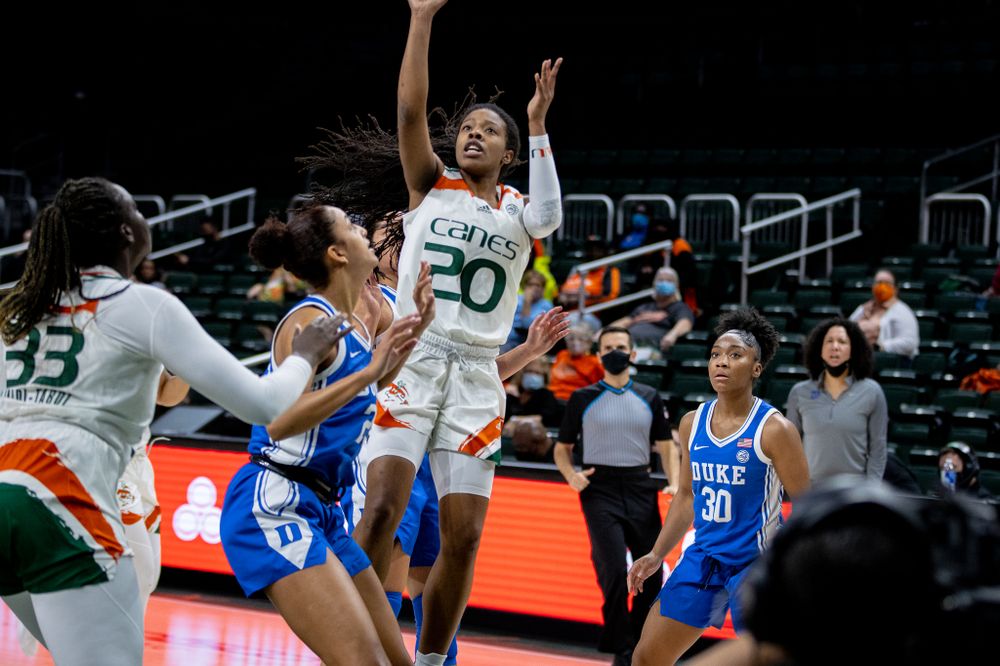 Marshall and Djaldi-Tabdi chipped away at the Duke lead with back-to-back threes to make it a 44-43 game in favor of the Blue Devils. Miami’s defense made two straight defensive stands and freshman Ja’Leah Williams drove to the rim to give the Canes the lead, 45-44, at the 6:16 mark.

Duke answered with a 10-2 run in the middle of the quarter to retake the lead. The Blue Devils ultimately outscored the Canes, 16-12, in the frame to seal the victory.

Miami hits the road for their final two games in eight days, traveling first to Tallahassee, Fla., to take on Florida State at 8 p.m. on Jan. 20, before heading to Chestnut Hill, Mass., for a 12 p.m. meeting with Boston College on Jan. 23. Both games will air RSN.