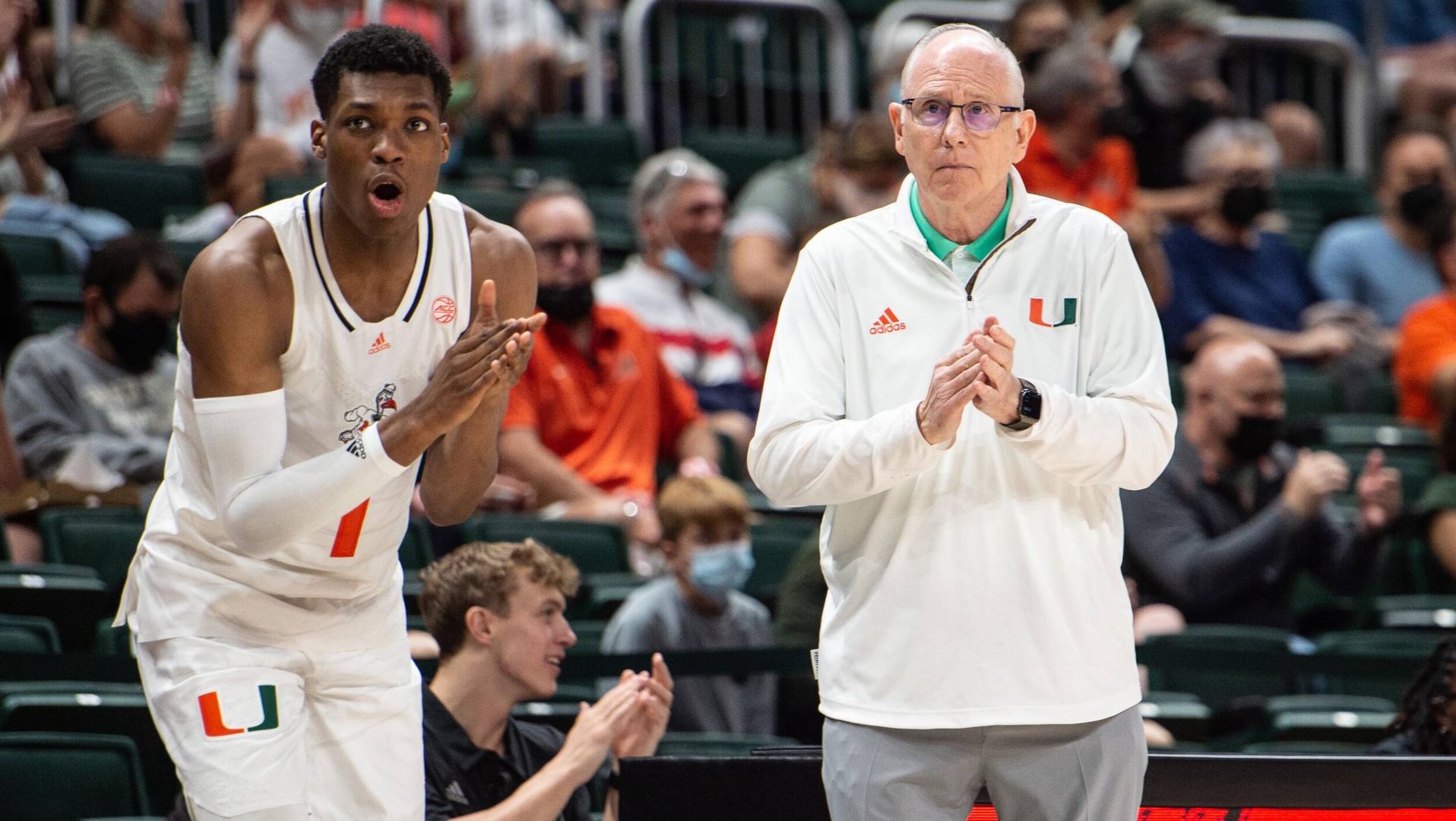 CORAL GABLES, Fla. – University of Miami head men’s basketball coach Jim Larrañaga has said it repeatedly: the ACC slate is a marathon, not a sprint.

This week, the conference-leading Hurricanes got a brief break during that marathon. Miami (13-4, 5-1 ACC) had a weekend bye and did not play on Saturday.

After playing five league games in a 14-day span, along with one conference contest earlier in the year, the pause is a valuable one for Miami.

“We played six ACC games fairly quickly,” third-year sophomore forward Anthony Walker said. “So, I feel like this break was good for us to sharpen our saws, get our bodies right, get some treatment and regroup, especially after our loss we just took.”

That setback was a narrow one, as Miami dropped a 65-64 thriller Tuesday at Florida State.

The Hurricanes led in the final second, but committed a foul with 0.8 ticks left at the Donald L. Tucker Civic Center in Tallahassee, Fla., only to then watch Florida State senior guard RayQuan Evans hit two free throws for the win.

Although the close defeat was certainly demoralizing, the Hurricanes knew they could not let that feeling linger, even with an upcoming break. Miami quickly moved on, set to focus on its next challenge.

“Right away after the game, we regrouped. We’re a team; we lose together, we win together,” Walker shared. “We’ve seen a lot of success early this season. So, this one bump in the road won’t put too much [of a] dent in our confidence and our ability to work together. It was simple; we’ve got to move on to the next one because we’ve got a lot more games to play. So, we’ve just got to focus on UNC.” 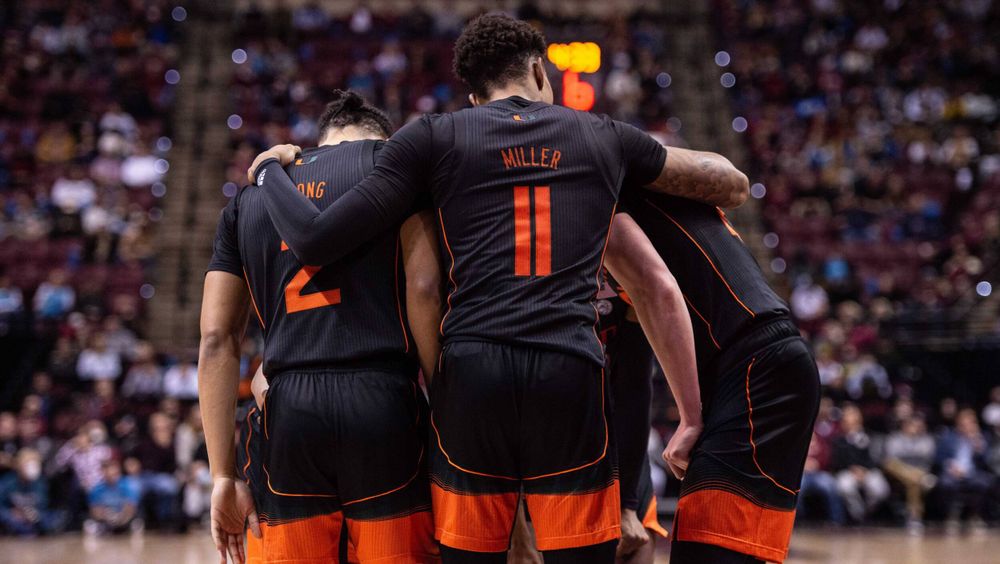 The Tar Heels come to Coral Gables for a Tuesday night matchup at the Watsco Center, with tip-off set for 7 p.m.

Miami is 8-26 all-time against North Carolina, but that includes a solid 6-10 ledger under Larrañaga’s leadership. The Hurricanes’ six victories over the Tar Heels during his tenure trail only Duke and Virginia for the most of any team during that time.

In the most recent meeting, North Carolina posted a 67-65 road victory on Jan. 5, 2021, winning on a driving layup with three seconds left.

This year, though, the Hurricanes will see a different face directing the Tar Heels on the visiting sideline. North Carolina is under the direction of first-year head coach Hubert Davis, who spent the previous nine seasons as an assistant to the legendary Roy Williams.

“Despite the coaching change, they’re pretty similar. They still race up the court and try to score as quickly as possible,” Walker said. “That is something I’ve gotten to play against over the years and Coach L really puts emphasis on, that they go attack the basket in the first five seconds of the shot clock. So, just knowing that they’re big, they like to post up and they like to run the floor, it’s an emphasis that we put on in practice and during film.”

North Carolina is 12-4 (4-1 ACC) on the season, including a 9-2 record in its last 11 games since a 3-2 start. The Tar Heels are led by junior forward/center Armando Bacot, one of the top players in the nation.

A 6-foot-10, 240-pounder from Richmond, Va., Bacot is averaging 17.4 points and an ACC-best 11.3 rebounds per game. The latter mark is 1.5 boards better than second-place Dereon Seabron of NC State and puts Bacot fifth on the national leaderboard.

There is no question the guard-heavy Hurricanes have their work cut out for them in trying to slow down Bacot, but that is a test they look forward to.

“We love the challenge. Coming into the season, it was a concern that we weren’t one of the biggest … or the strongest teams in the league,” Walker said. “So, just being able to … defend one of the best bigs in the country, it’s good for us to show the public that we can do it and it’s good to show us we can do it.” 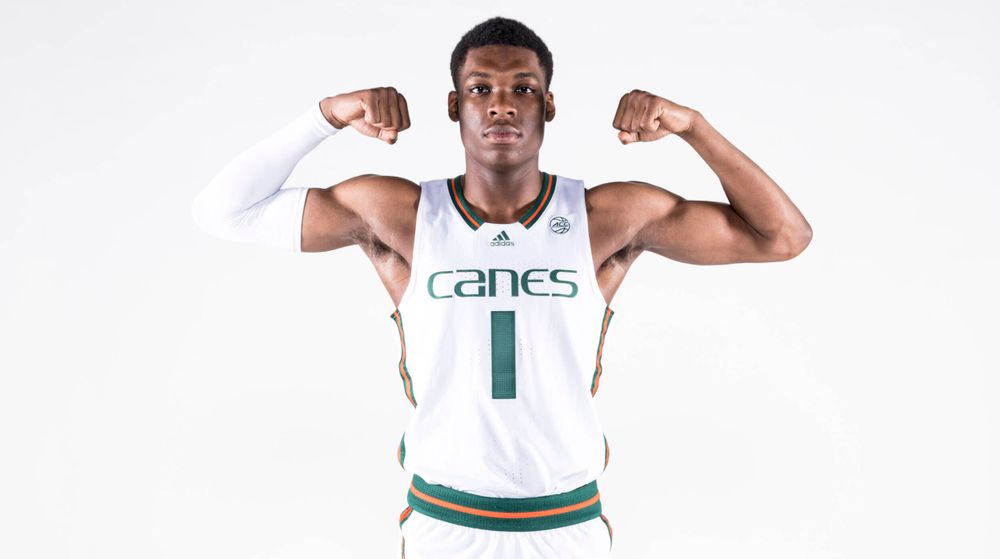 Checking in at 6-foot-9, Walker will, of course, be one of the players tasked with trying to defend Bacot.

The Baltimore native’s role has changed this season from what it was down the stretch last year, as he is coming off the bench to provide defense, energy and rebounding.

That, however, does not bother him at all. In fact, he feels he has adjusted quite well to what his coaches are asking of him and is focused on the team as a whole, not himself.

“It’s been an easy transition, mostly because of the team’s success,” Walker explained. “Anything that will help the team win, I’m willing to do, obviously. So, just being able to support the team the way I have this season, although it’s different, it’s working out well because of the team success.”

One way Walker has made a concerted effort to show that support is by being a vocal presence. He is consistently one of the louder players on the sideline and, when he is not in the game, can often be seen greeting his teammates when they come off the floor at a timeout.

Walker is averaging a solid 5.6 points per contest, tops among Miami’s reserves, but he knows it is imperative to make an impact even when he is not on the hardwood. Using his voice more frequently is one way he has done just that.

“[I know] that my teammates need me to be vocal, even if I’m not on the court. To be vocal off the court is extremely important,” Walker said. “Coach L stresses bench help a lot, coming in and playing well and also [cheering your team on] when you’re not in the game. So, of course, I take pride in that. I want my teammates to know I’m supporting them on and off the court.”

Walker is averaging 11.5 points per game in two collegiate outings against North Carolina and assuredly has the capability to affect the game multiple ways Tuesday night. 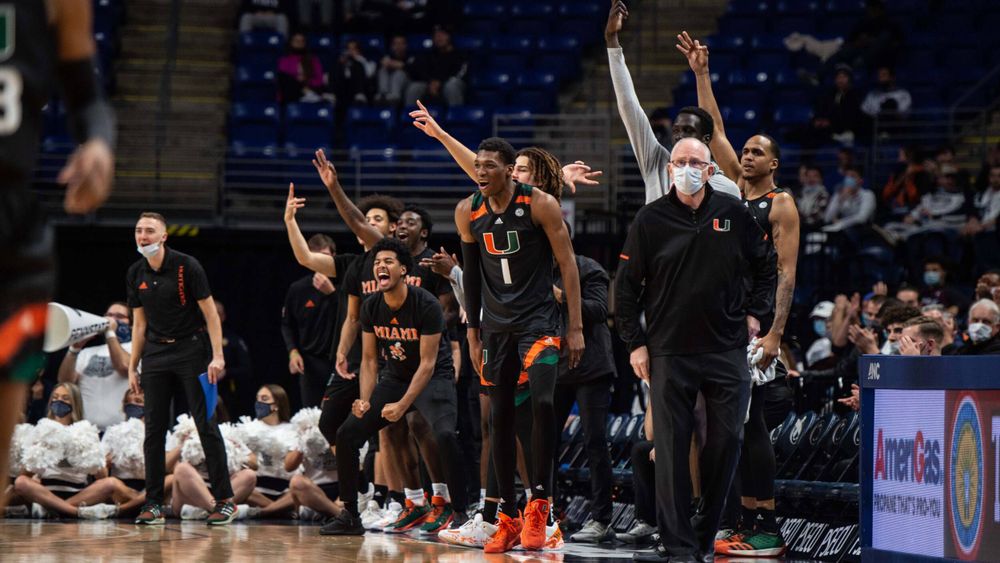 Miami’s meeting with North Carolina will be shown live on ACC Network HERE, with Rece Davis, Debbie Antonelli and Brooke Weisbrod on the call. Joe Zagacki and Danny Rabinowitz will have the radio broadcast on AM 560 Sports WQAM HERE. Action can also be heard on 90.5 FM WVUM HERE and in Spanish on WMYM 990 AM HERE. In addition, live stats will be available HERE.

After playing the Tar Heels, the Hurricanes host Florida State Saturday at 2 p.m., live on either ESPN or ESPN2 from the Watsco Center, in the Seminoles’ 2021-22 return game.