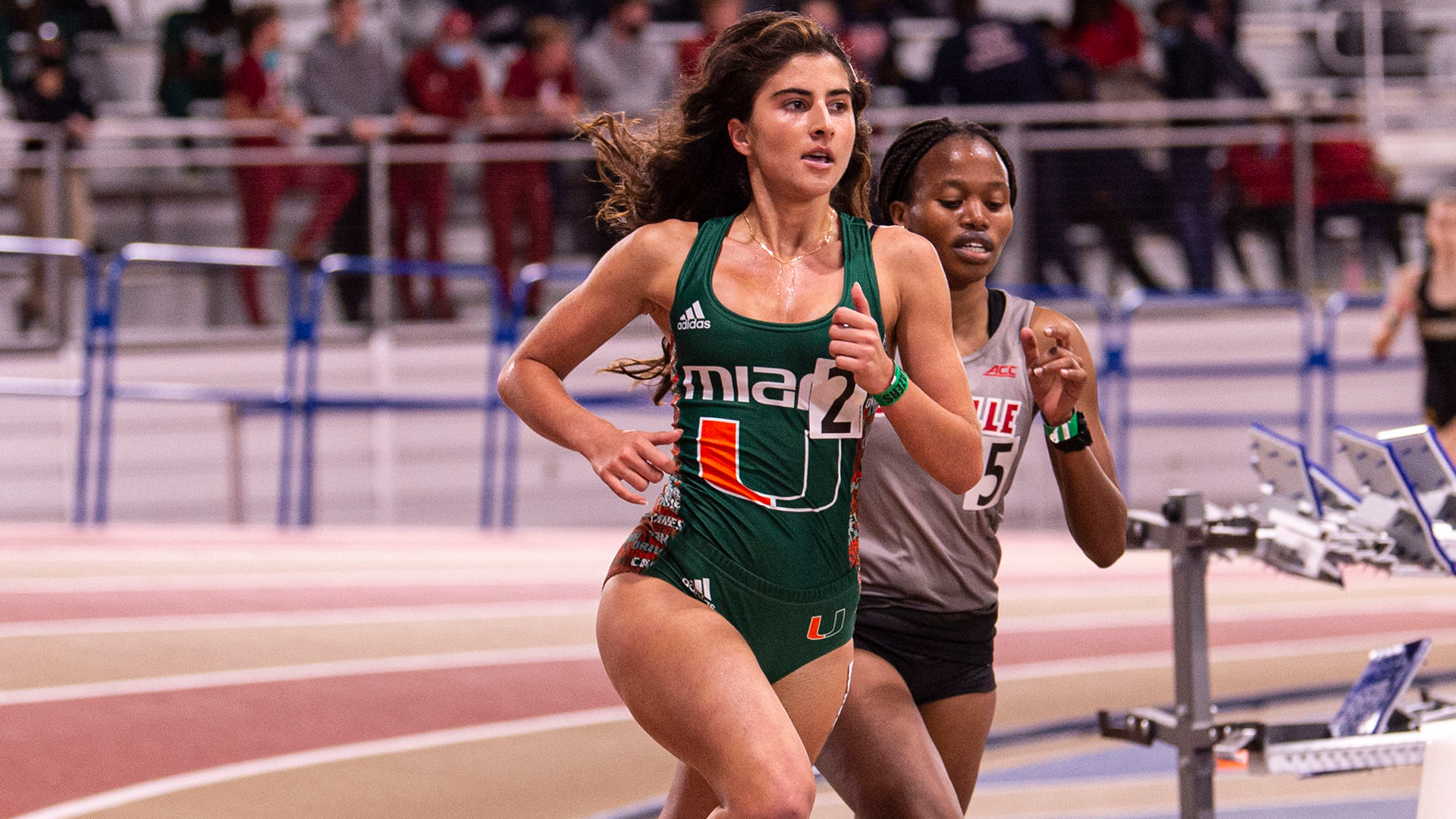 BIRMINGHAM, Ala. – The University of Miami track and field team had a record-setting day at the UAB Blazer Invitational as it opened the 2022 indoor season on Friday.

The Hurricanes showed no rust in their first meet this year, posting five program records and nine individual event titles.

“I thought we had a really solid day. We competed very hard and set ourselves up really well,” said director of track and field and cross country Amy Deem. “I really liked what I saw. I think we have some good depth. We didn’t have everybody out there yet, but I really think we have a lot to build on for next week and the season. I think it was one of our better first meets and I’m excited about where we can go.”

Junior Jacious Sears began the track portion of the meet with a win in the 60m after crossing the finish line in 7.38.

With the fourth-fastest time in program history, 4:54.98, Emma Langlois earned her first win of the season in the mile. Success kept coming for the women on the track as Kayla Johnson earned the title in the 600m with a time of 1:29.11.

It was a pair of second-best times in program history set for the Hurricanes in the 300m in the men’s and women’s race. Khamal Stewart-Baynes finished in 33.86, while Moriah Oliveira crossed the finish line at 37.95. Davonte Fuller earned third-place with a time of 1:04.36 in the 500m.

A strong debut for Daphnee Lavassas on the track propelled her to a new school record of 9:41.65 in the 3000m to earn first. The previous top mark was set in 2017 by Gabrielle Hesslau with a time of 9:47.06. Langlois earned her second top-five program time of the day. She finished the 3000m race in 9:59.40 for the fourth-quickest time in program history.

The Canes capped off the track portion of the day with a clean sweep of the 4x400m relay. For the women, the team of Sears, Johnson, Moriah Oliveira and Blanca Hervas-Rodriguez came in first with a time of 3:40.44. The team of Kennedy Brace, Krystalann Bechard, Sierra Oliveira and Varela were just behind in second place with a finish of 3:49.23. Miami’s 4x400m men’s relay won their race as the squad of Rhyler Gould, Stewart-Baynes, Fuller and Zahafi raced to a time of 3:15.23.

On the field, graduate student Isaiah Holmes began the day by tying the school record high jump mark of 2.11m. He finished in fourth.

Fellow jumper Justin Forde joined Holmes in the record book as he set the new program record in the triple jump, 16.04m, to finish first. He bested the previous record of 15.77m set by John-Patrick Friday in 2015. Ashley Moore earned the sweep for Miami in the triple jump after posting a jump of 12.39m.

Junior Russell Robinson opened his 2022 campaign with a third-place finish in the long jump, tallying a mark of 7.42m.

The duo of Kevin Arreaga and Decio Andrade led the men’s throwers on the day. Arreaga recorded a weight throw of 20.65m to place third, while Andrade took fourth with a throw of 20.51m for the third-farthest in the school record book. Debbie Ajagbe added in a top-three finish in the weight throw. She threw 20.59m, good for third-place.

Next up, Miami will travel to Columbia, S.C., on Jan. 21 and 22 for the Carolina Challenge.