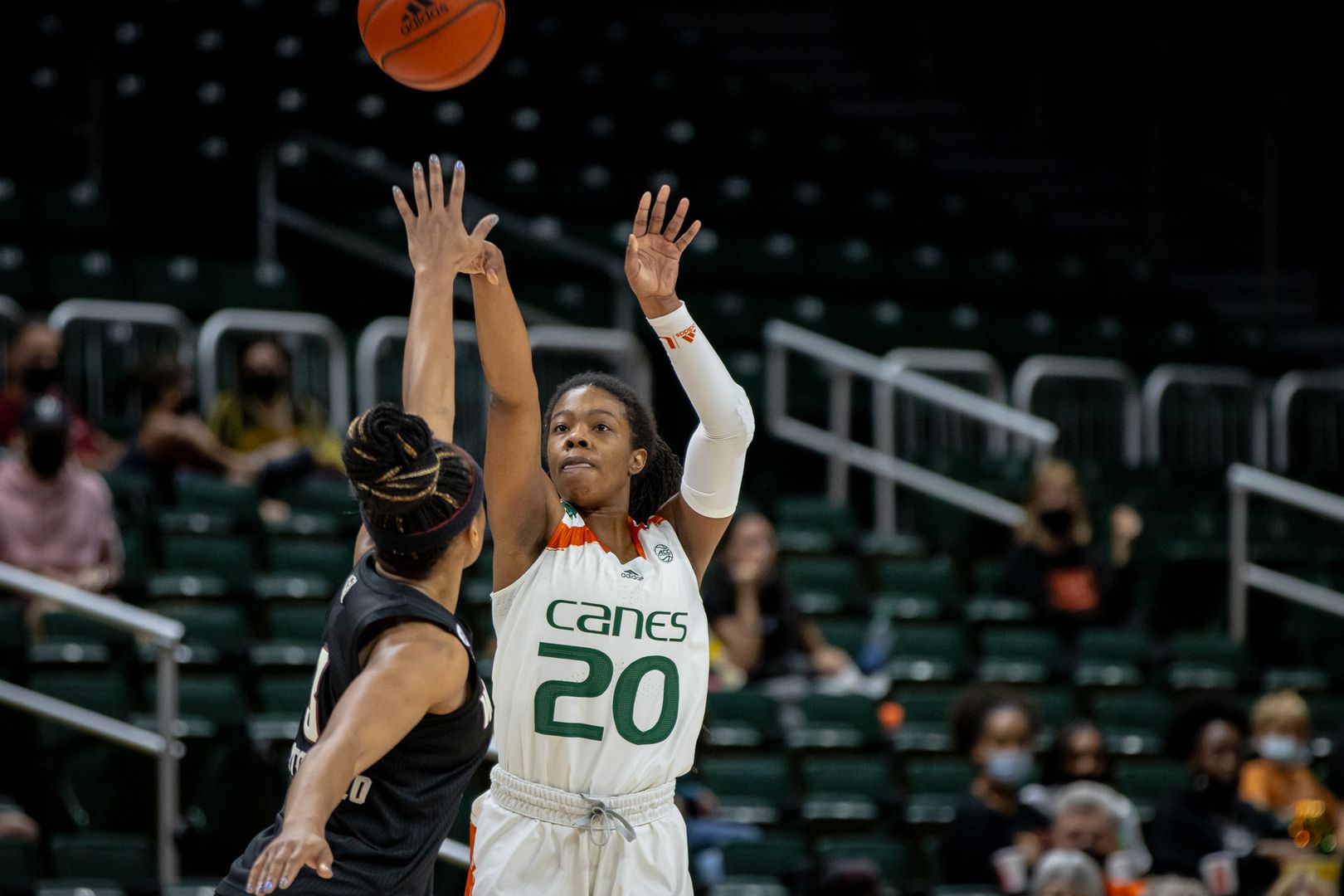 Marshall Reaches Historic Milestone in Battle against No. 5/4 NC State

CORAL GABLES, Fla. – The University of Miami women’s basketball went basket-for-basket with the No. 5/4 NC State Wolfpack for 35 minutes, before dropping its second ACC game of the season, 76-65, Sunday afternoon at the Watsco Center.

The Hurricanes (7-5, 0-2 ACC), who were originally scheduled to play No. 3/2 Louisville on Sunday before COVID protocols postponed the game, took on their third top-10 opponent of the season when they hosted NC State on Sunday.

“That was a great basketball game and I think we got a heck of a lot better in a day since the last time we played,” head coach Katie Meier said. “I love my team in big games. I think we play really well against top-five opponents and there are going to be a lot of wins ahead for us when we get back on track and really get in our flow.”

Miami held NC State (14-2, 5-0 ACC) under its season average in scoring (80.6) and outrebounded the Wolfpack, 38-28, becoming just the third team to win the battle on the boards against NC State this season alongside No. 1/1 South Carolina and No. 15/14 Georgia. 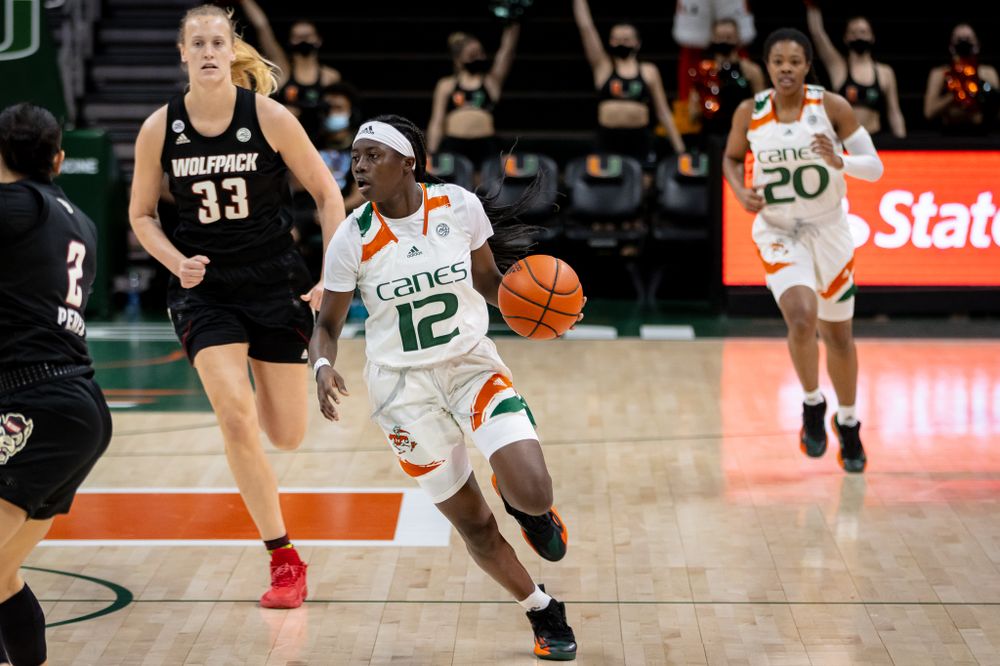 “Ja’Leah is very competitive and she made some great plays and great assists,” Meier said. “She is so aggressive to the rim and she shares the ball really well. That was kind of a breakout performance for her.”

Marshall came out on fire for the Canes knocking down her first two shots of the game to put a quick five points on the board for Miami. Her first three of the game, a shot from the right wing at the 8:44 mark, moved her to the top of the record books as Miami’s all-time 3-point leader, passing Miami legend and current WNBA player Riquna Williams (272). The teams continued to trade baskets throughout the first quarter and, despite only shooting 25 percent from the field in the frame, Miami only trailed the Wolfpack by one, 16-15, at the end of the first.

The Canes found their rhythm on offense in the second quarter, knocking down 42.9 percent (6-of-14) of their shots. Djaldi-Tabdi and Williams went to work in the second, each tallying five points in the frame, including a 3-pointer by Djaldi-Tabdi with 23 seconds left in the half to pull Miami within three of NC State, 35-32.

Of the six Canes that tallied a bucket in the first half, five of them poured in a 3-pointer.

Miami maintained its momentum on offense in the third quarter, hitting eight of its 16 shots in the frame. Marshall was a perfect 3-of-3 from the field and knocked down both of her 3-pointers in the quarter. However, the Wolfpack was equally efficient on offense, shooting 72.7 percent to take a 56-51 into the final 10 minutes of the game.

Djaldi-Tabdi knocked her second 3-pointer of the game at the 7:50 mark in the fourth to pull Miami to within three, but the Wolfpack responded with a 7-0 run to stretch its lead out to double-digits for the first time in the game. Ultimately, NC State outscored Miami, 20-13, in the final quarter to close out the win.

“NC State is absolutely as advertised; they have great scoring and great post play and an unbelievable coach,” Meier said. “They are very difficult to defend. I thought we did everything we needed to do to win that basketball game, with the exception of a couple flat offensive opportunities.”

The Canes head north to Clemson, S.C., on Thursday for their first ACC road contest of the season. The game will tipoff at 7 p.m. and will air on ACC Network Extra.