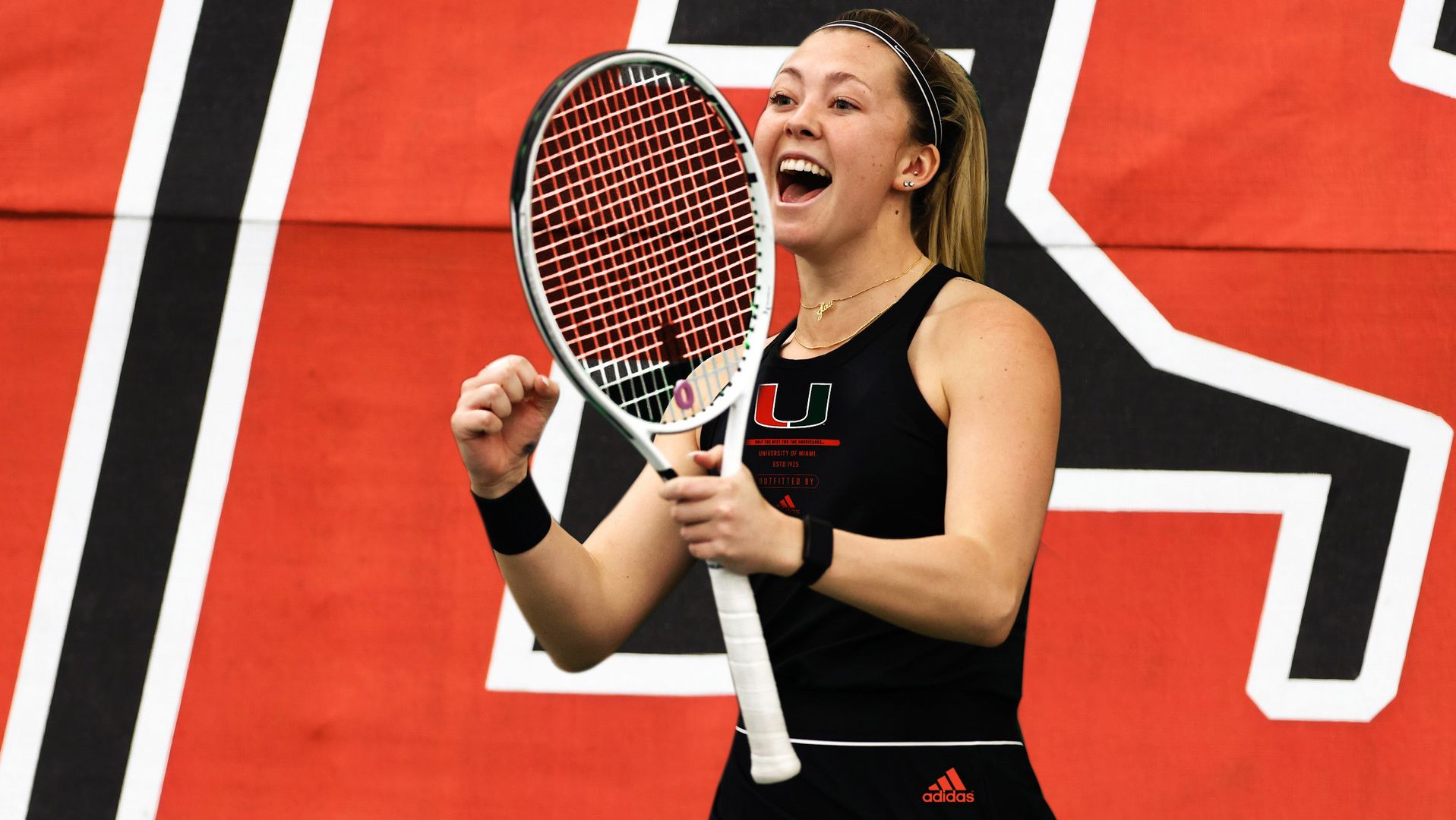 Currently a sophomore at the University of Iowa, where she is the third-ranked singles player in the country, Noel will join the Hurricanes in advance of the 2022-23 season.

“Alexa is a program changer,” Yaroshuk-Tews said. “Her vision for herself and this program is completely aligned with mine. Alexa is 100 percent bought in to being the best version of herself.”

One of the finest amateur tennis players in not just the country, but the world, Noel brings an extensive résumé to Coral Gables. In her first year as a collegian, she turned in a dominant campaign for the Hawkeyes, posting a 24-1 singles mark, including a 17-0 ledger at the No. 1 position, and became the first ITA All-American and first Big Ten Player of the Year in program history.

Noel, who also won Big Ten Freshman of the Year and ITA Central Region Rookie of the Year during her splendid 2021 season, peaked at No. 13 in the ITA singles rankings and finished the year at No. 21. Her 24-1 record, which included 24 straight wins to begin her career, gave her a .960 winning percentage that ranked fourth nationally.

A First Team All-Big Ten and Big Ten All-Tournament Team honoree, Noel earned a No. 9-16 seed in the NCAA Singles Championship, as her league’s automatic qualifier, and advanced to the Round of 32. She also logged a strong 13-6 mark in doubles play on the year, including posting an 8-5 ledger at the No. 1 position and an 8-4 tally in Big Ten action. Following the spring season, she played on the USTA Collegiate Summer Team. 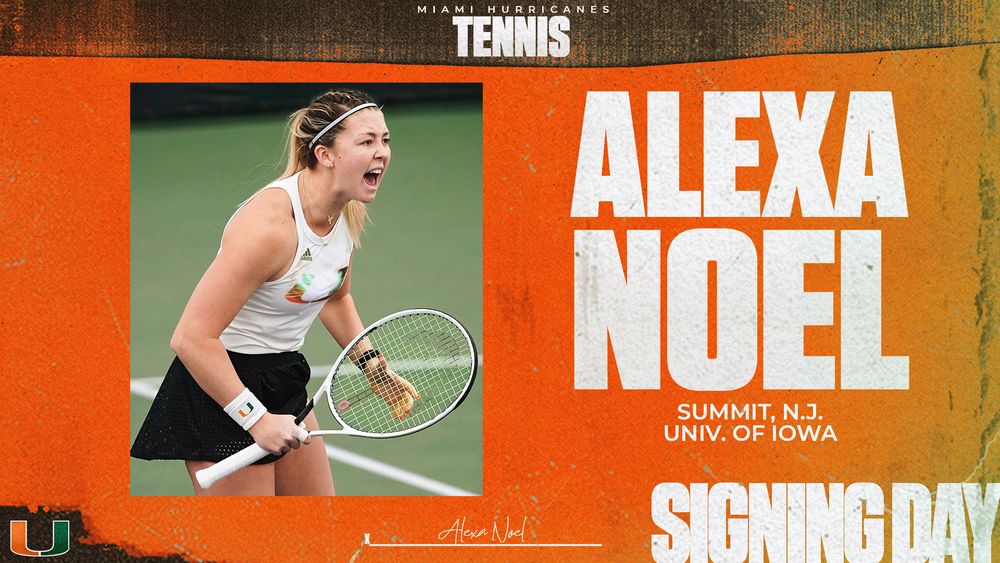 This past fall, Noel went 7-2 in singles competition, with both losses coming to the only two players who now sit above her in the ITA rankings. Her outstanding performance helped her move from No. 12 to third in the nation and upped her dazzling career singles record to 31-3.

“As Alexa’s future coach, I acknowledge a responsibility that comes with the territory, even more than excitement,” Yaroshuk-Tews said. “Excitement is an emotion; responsibility to the career of a young lady who is putting her trust in you and your institution is much bigger. I’m confident that Alexa Noel will shine bright in this program.”

Before the start of her illustrious collegiate career, Noel peaked at fourth in the world in the ITF Juniors rankings in January 2020 and reached No. 794 in the WTA rankings the following month. She won her first professional tournament—while playing as an amateur—at the $15K ITF Cancun in February 2020.

The Summit, N.J., native played in the U.S. Open Girls tournament in singles and doubles in both 2018 and 2019. She reached the quarterfinals in doubles both times and made the Round of 16 in singles in her second appearance.

A 5-foot-7 right-hander, Noel represented the United States at the Buenos Aires Youth Olympic Games in 2018 and also won the Junior Fed Cup in Budapest that year.