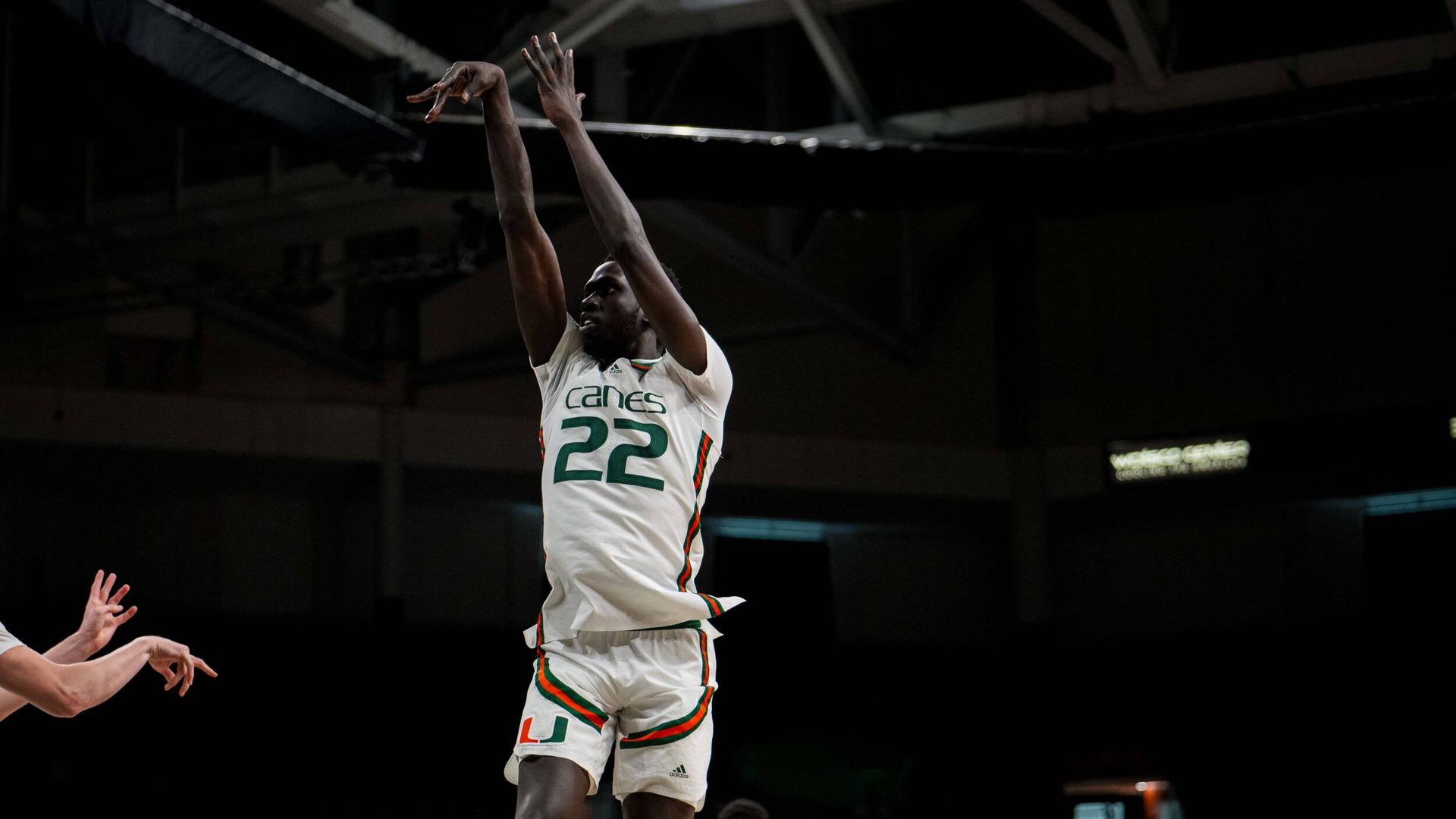 Gak Ready to Step up as Non-Conference Play Concludes

CORAL GABLES, Fla. – When a player gets hurt, it is never a good thing and no one is happy about it.

An injury, however, does inherently present an opportunity for someone else to step up. That is the case right now for the University of Miami men’s basketball team.

Sixth-year redshirt senior center Rodney Miller Jr., went down with a left groin injury in the Dec. 8 win over Lipscomb. It will keep him sidelined for three to four weeks.

A veteran with 31 collegiate starts under his belt, including three this season, Miller is certainly a loss for the Hurricanes. However, they do have another upperclassman ready to step up: Deng Gak.

“I’m just [approaching the opportunity] with a good attitude,” Gak said. “…It’s a long season and a lot of things [can happen]. I’ve been on the other side, being hurt. So, I understand how quickly things can change, how lineups change and stuff. It’s something I’m used to, change.”

Gak, a fifth-year redshirt junior forward, assuredly knows better than most about dealing with injuries. After redshirting for non-medical reasons as a freshman in 2017-18, he suffered significant knee injuries early in each of the next two seasons.

Over the past two seasons, though, Gak has played in 34 of Miami’s 38 contests, starting two of them.

“It’s cool. Three years, I feel like I really missed out on playing games,” Gak shared. “That, I feel like it really affects you as a player. Missing one affects you, but I was unfortunate enough to miss multiple. So, I feel like my ability [to impact] games is not where I want it to be at, but I’m okay with little improvements.” 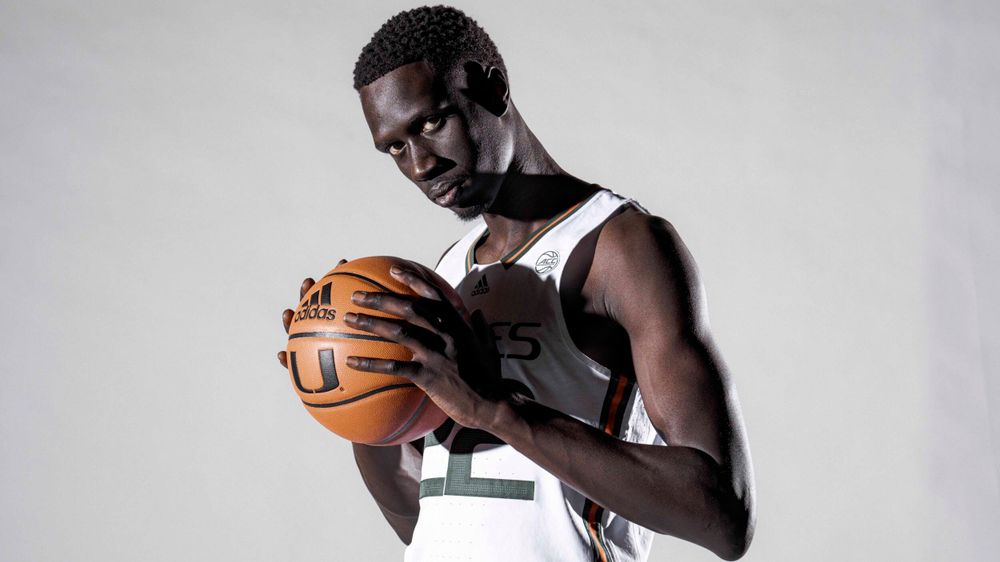 With Miller out, Gak’s role is set to increase and, in fact, already has. While he is far from joyous about his long-term teammate’s injury, he is understandably excited for the chance to earn additional minutes.

“Most definitely,” Gak confirmed. “I think everyone wants to showcase their games. So, I think this little bit of extra playing time I get will definitely help my case. Hopefully I can use it to carve a bigger role for myself.”

The first chance Gak had to do that was in Brooklyn, N.Y., where Miami (8-3, 1-0 ACC) defeated Fordham Sunday at the Barclays Center in the Basketball Hall of Fame Invitational.

Gak, though, excelled in his role. The big man came off the bench and grabbed a season-best four rebounds, as well as played solid defense and made both of his free throws. He finished plus-six, tied for the fourth-best mark on the team, behind only Moore, third-year sophomore guard Isaiah Wong (17 points and seven rebounds) and fourth-year junior guard Jordan Miller (eight points and nine rebounds).

“I felt like my production was high for the minutes I played,” Gak said. “I was ready. Coming into the game, I knew Rod wasn’t playing, so I was mentally ready. I’m happy I helped the team when I got in there.”

For Gak, it is not about the amount of minutes he gets on the court, but rather about the way he utilizes them. That is a lesson he gets from his head coach, Jim Larrañaga, a two-time ACC Coach of the Year.

“Coach L has a [saying], ‘It’s not about playing time, it’s about playing well,’” Gak shared. “I think … with the little time I have, I might as well go out there and leave my mark. I think that’s how I do approach it.”

From a team perspective, Gak was also pleased with the way Miami responded to defeat the Rams at the home of the Brooklyn Nets.

Trailing by four early in the second half, the Hurricanes scored 16 consecutive points to take a commanding lead. They led the rest of the way, en route to a fourth straight win.

“There was a point in the game where we went on a run in the second half. I like how composed we were,” Gak said. “I feel like our problem a lot [of times] in past seasons was our ability to finish games. We weren’t always poised. But I feel like this year, with the new additions, we’ve been able to practice at a high level [and then in] game situations, we’re good at holding late-game leads and even extending them now.” 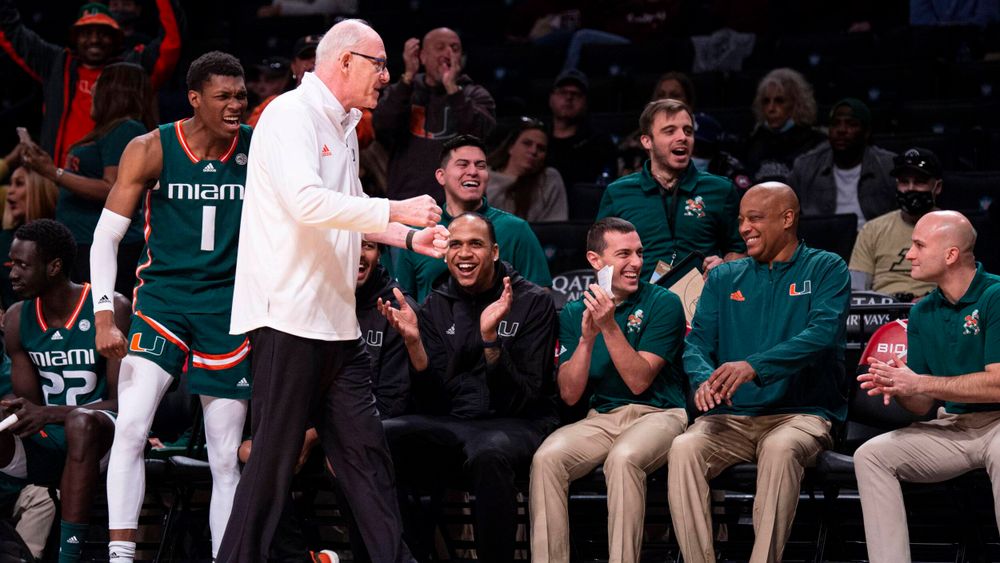 Up next for Gak and the Hurricanes is their lone game in a 16-day stretch, a Monday night matchup with Stetson. Miami will host the Hatters at 7 p.m. at the Watsco Center.

There is only one program, Florida State, the Hurricanes have played more than Stetson. Miami owns a 50-33 mark versus the Hatters over the 83 contests, including a 10-0 ledger since the 1985-86 rebirth, a 31-13 record at home and a 2-0 tally under Larrañaga.

Stetson will be the fourth in-state, non-Power Five foe Miami faces this season. The Hurricanes are 86-9 since the program rebirth against such opponents, but they always present a challenge.

“Those games are fun. Coach always warns us about those games,” Gak said. “…They’ve got to give us their best shot and try to prove they’re better than us. They’re always good competition and we’ve got to be ready. It’s not a big-name ACC school or a Power Five school, but … it’s always a little rivalry when it’s in-state.”

The Hatters are 4-6 on the season, including 2-2 versus fellow Sunshine State schools. They are led in scoring by junior guard Rob Perry, who is averaging 13.7 points per game.

Stetson features a balanced scoring attack, with five players posting between six and 14 points per outing. That type of offense can sometimes present challenges for a defense, but Miami is prepared.

“With those type of games, we’ve just got to stick to how we play … and to what we practice every day,” Gak said. “[That is defending the] elbows and blocks [and allowing] no catch-and-shoot threes, just basic Miami defense. But we have to do it at a high level. I feel like basketball has evolved to a point where even mid-major schools can light you up. It’s really because of the three-ball. Anyone can lose.” 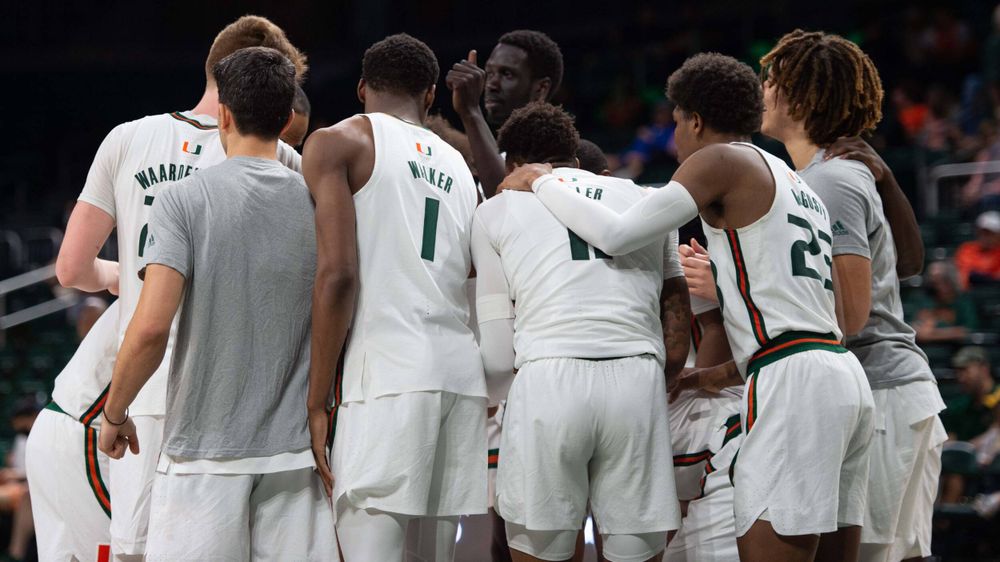 The Hurricanes’ game against Stetson will be televised live on RSN—that is Bally Sports Sun locally—with Tom Werme and Brian Oliver on the call. A full affiliate is available HERE and it can also be seen on WatchESPN, subject to blackout, HERE.

Joe Zagacki and Danny Rabinowitz will have the radio broadcast on AM 560 Sports WQAM HERE. Action can also be heard on 90.5 FM WVUM HERE, while live stats for the game can be found HERE.

After facing Stetson, Miami has eight days without a game and then hits the court Dec. 29 against NC State in the first of 19 consecutive ACC contests, with action slated for 9 p.m. at the Watsco Center, live on ESPNU.