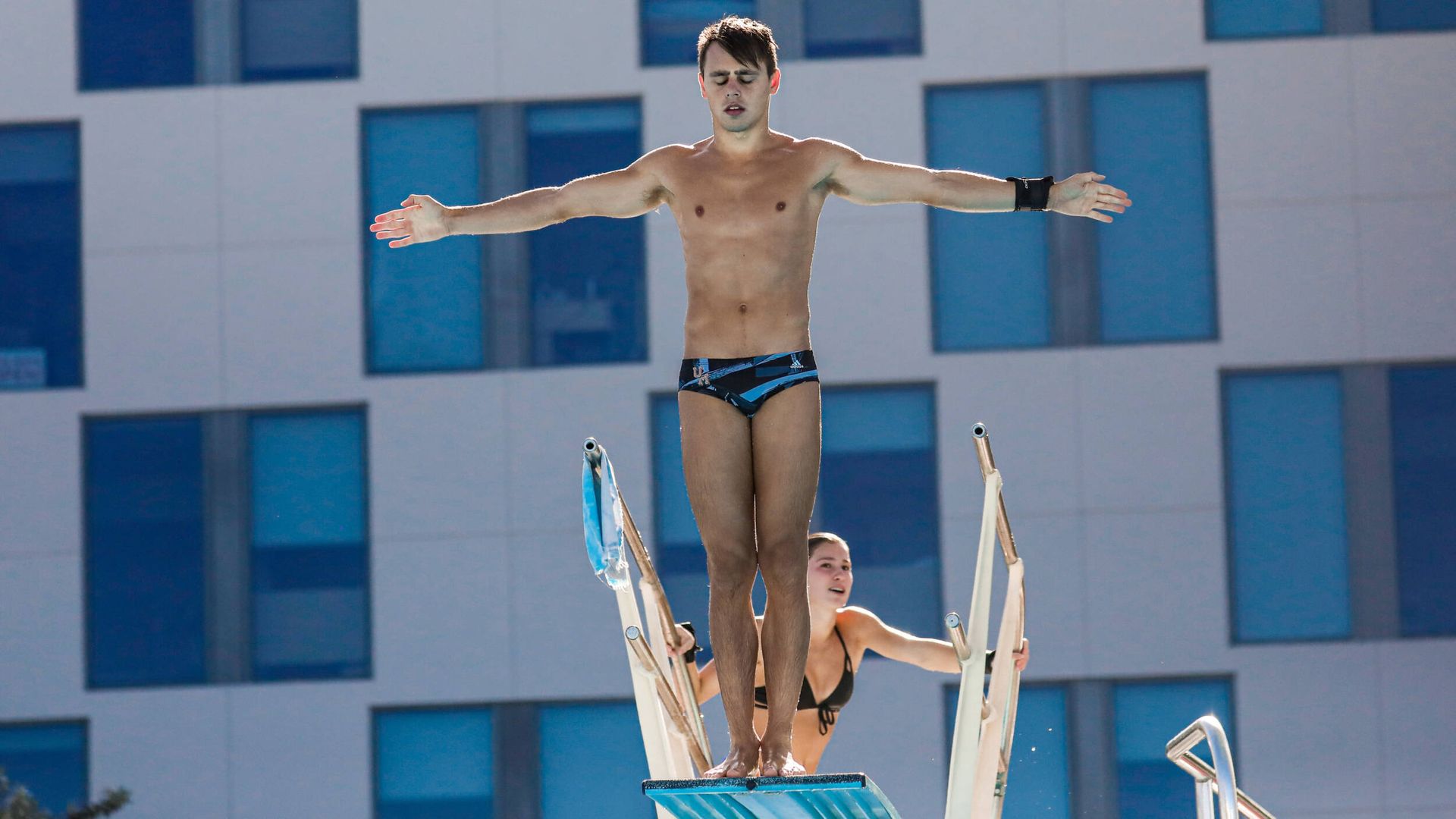 With their victory, Cooper and Flory earned the right to represent Team USA at the FINA World Aquatic Championships in Fukuoka, Japan in May 2022.

“I felt like we were the underdogs going into the day, but from the first dive, I think we were in the lead and basically never trailed,” head diving coach Randy Ableman said. “Every dive we did was as good as we’ve ever done it in practice or better. As a coach, that’s all you can ever ask for.”

The duo’s performance was punctuated on its final dive –  a front 4 ½ somersault tuck – that was its second-highest scoring dive of the night but easily the most difficult.

“When the chips were down and they had to nail that last dive, they did the best one they’ve ever done,” Ableman said. “I’m very proud of them. They’ve worked their butts off. Max, in particular, has really raised his game this year.”

Cooper is a three-time NCAA All-American on his signature platform, an event where he won a gold medal at last year’s ACC Swimming & Diving Championships. Flory has medaled at the ACC Championships and earned trips to the NCAA Championships on both springboard and platform.

“Cooper is a little more accomplished and a little more experienced. With Max I’ve been waiting for a breakthrough, and it happened today. I wasn’t surprised, because he’s been diving that way in practice. He just had to do it in competition with all the nerves. He took a big step today.”

Another impressive dive was Miami’s back 2 ½ somersault with 2 ½ twists, which helped separate the Hurricanes’ from the talented Purdue duo.

“The guys not only brought it, but they had to do some new dives which are very difficult, and they more than held their own,” Ableman said.

Miami will continue its run at the USA Diving National Championships with a practice day on Wed., Dec. 15 before individual action begins on Thurs., Dec. 16.