CORAL GABLES, Fla. – University of Miami freshman guard Lashae Dwyer has been named Atlantic Coast Conference Freshman of the Week, as announced by the league Monday.

The accolade comes after Dwyer averaged 11.5 points and 5.5 rebounds in Miami’s wins over Arkansas-Pine Bluff and Robert Morris. The guard shot 56.3 (9-of-16) percent from the field and knocked down 42.9 (3-of-7) percent of her shots from beyond the arc.

Against Robert Morris, Dwyer led all Canes in scoring with 15 points to go along with six rebounds, five assists and five steals. The Toronto, Canada, native tallied five-plus steals in a game for the second time this season. 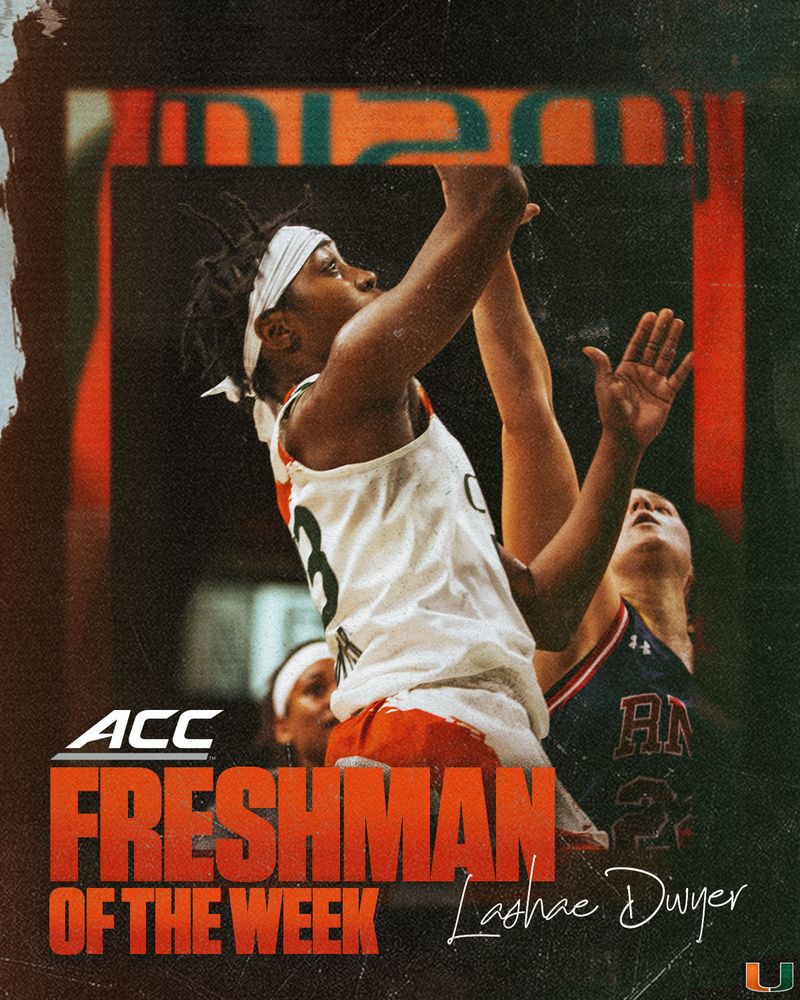 Dwyer currently ranks tied for third in the ACC, alongside fellow Cane Ja’Leah Williams, in steals (24) and steals per game (2.4). She is averaging 6.1 points, 2.7 rebounds on the season and has played in all 10 games for the Canes.

This is the first ACC weekly honor of Dwyer’s career and the first for a Miami player this season. Dwyer is the first Cane to earn Freshman of the Week honors since Mykea Gray did so twice in November of 2017.

Dwyer and the Canes open ACC action on Sunday against the Duke Blue Devils. The game is set to tipoff at 12 p.m. and will air on ACC Network.