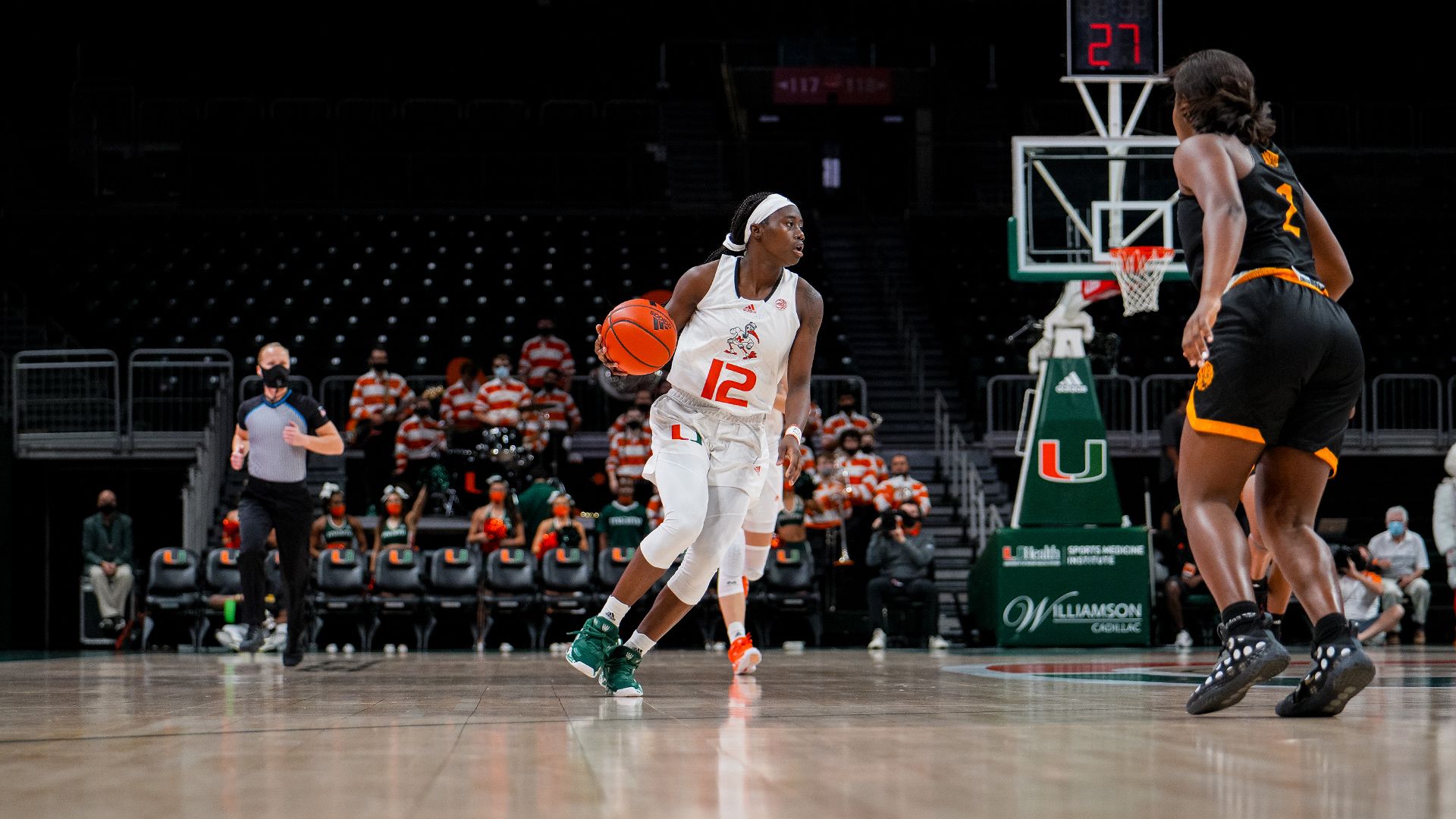 CORAL GABLES, Fla. – For the fourth straight game, graduate student Kelsey Marshall scored 15-plus points to lead the University of Miami women’s basketball team to a 78-65 victory over the Arkansas-Pine Bluff Golden Lions (4-4).

“I thought we had 25 to 30 minutes of some really great basketball coming off of an incredibly gritty, tough win the night before,” head coach Katie Meier said. “We were playing our bench, getting energy from everybody and really challenging the team to put courage in each other’s hearts and stay focused. But, at end of the third, beginning of the fourth, we just didn’t. Our defense gave, our legs gave, our minds gave and Arkansas-Pine Bluff made a run so hats off to them.”

The Hurricanes (6-3) posted back-to-back wins to take home the title at the 38th annual Miami Holiday Classic. As a team, Miami shot better than 40 percent for the third consecutive game, pouring in 32-of-66 shots (.485). The Canes played team basketball, recording 20 assists, the most by a Miami team since Dec. 20, 2018, against Vanderbilt (24).

“Ja’Leah is a super young lady,” Meier said. “She’s showing signs of triple-double-type potential. If she’s hitting the pull-up and hitting the three like she did at this tournament, she is going to be really special.”

Marshall hit 6-of-12 shots in the game, including 4-of-10 from 3-point range to lead all Miami scorers. Junior Lola Pendande joined Marshall and Williams in double-figures with 11 points on 5-of-7 shooting. 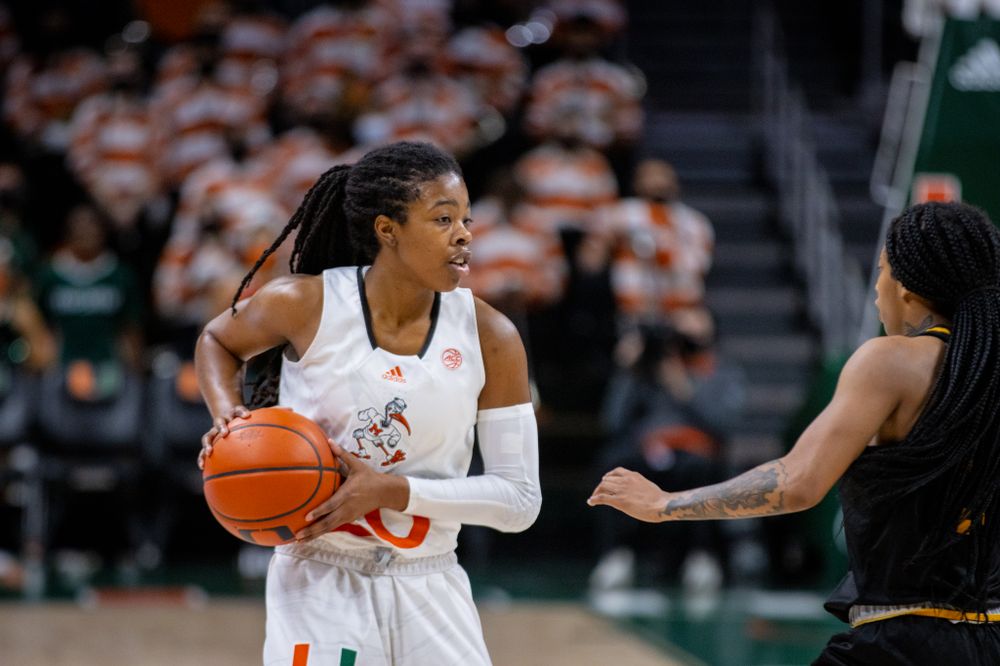 The Canes continued to produce on offense, shooting an efficient 15-of-30 in the second frame, paced by Marshall who poured in six points to reach double-figures before halftime. Miami outscored the Golden Lions 20-11 in the second quarter to take a strong 43-26 lead into the locker room.

Arkansas-Pine Bluff made adjustments at halftime and slowly started to whittle away at the 19-point Miami lead. However, the Canes shot 58.8 percent (10-of-17) in the frame and played team basketball, tallying an assist on six of 10 baskets, to head into the final quarter up, 66-47.

The Golden Lions continued to work, forcing seven turnovers from the Canes and outscoring the home team, 18-12, in the fourth. A six-point fourth quarter from Marshall closed the game out in Miami’s favor, 78-65.

“I think this non-conference schedule has been so challenging,” Meier said. “I believe Arkansas-Pine Bluff is an NCAA [Tournament] team; I think they’ll win their conference. Tulane is a postseason team, most likely an NCAA team, as well. Washington State, Maryland, and throw in top-four Indiana. We’re showing that we can compete at that level and we can win.”

Miami will take a two-game winning streak into Sunday’s contest against Robert Morris. Tipoff on Dec. 12 is at 2 p.m. and the game will air on ACC Network Extra.