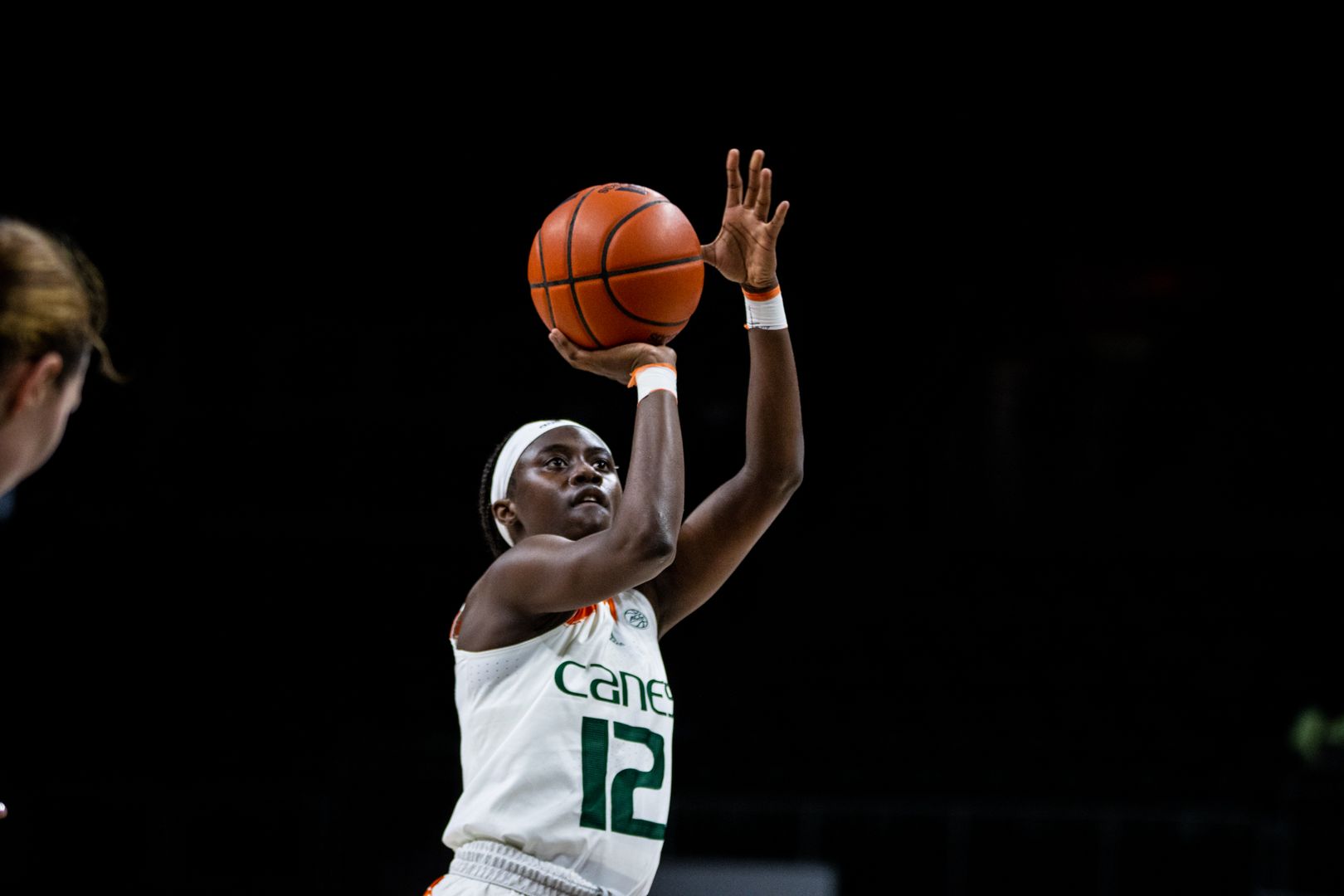 Canes Back in the Win Column

CORAL GABLES, Fla. – The University of Miami women’s basketball team is back in the win column after defeating the Tulane Green Wave (6-3), 70-63, Sunday afternoon at the Watsco Center.

“I think it was a really hard fought basketball game,” head coach Katie Meier said. “There were two teams who really wanted to win and battled hard. [Tulane] really had us frustrated at times before we got free a little bit in the fourth.”

The Hurricanes (5-3) shot better than 40 percent from the field for the second straight game, hitting on 24-of-57 (.421) shots. Also for the second consecutive game, four Miami players scored in double-figures, once again led by graduate student Kelsey Marshall (19).

Freshman Ja’Leah Williams tallied the first double-digit outing of her career with 15, while senior Karla Erjavec and freshman Lashae Dwyer poured in 12 and 10, respectively. 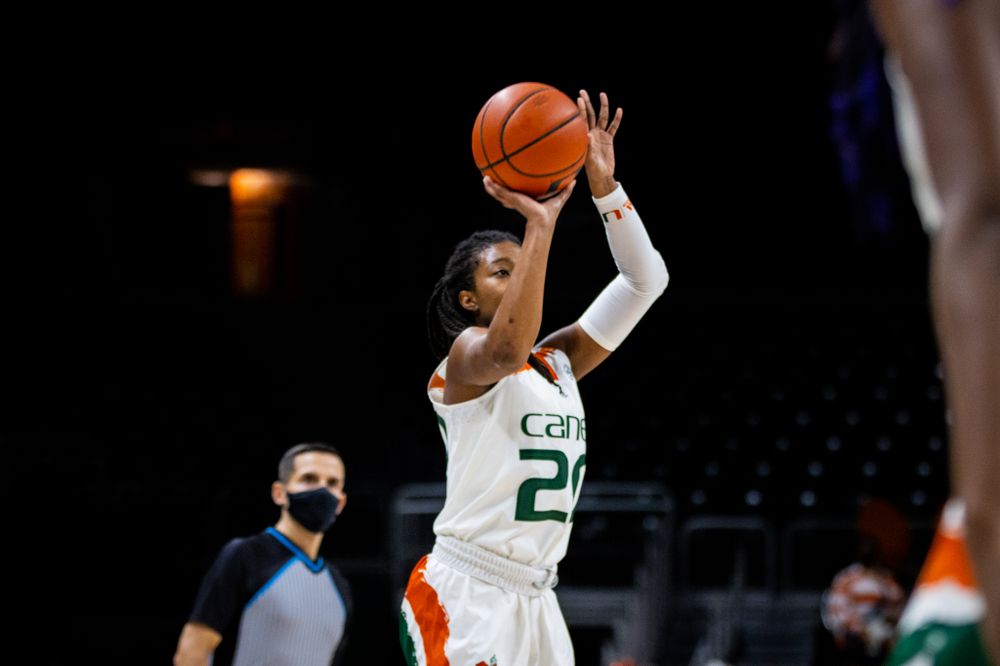 “I mean, Kelsey [Marshall] and Karla [Erjavec] are holding down the fort, but the energy is coming from the [freshmen] as well,” Meier said. “That makes you happy as a coach – that they are getting so smart and have consistently been competitive, but now they are competing within the offenses and understanding the ‘whys.’ They’re a lot more certain, so I think their confidence just keeps growing.”

Tulane jumped out to a 15-8 lead thanks to a trio of 3-pointers in the first quarter, but Marshall knocked down a deep three at the 1:42 mark to halt the Green Wave offense. Dwyer built on Marshall’s momentum, posting back-to-back buckets to pull Miami to within one and then Marshall capped the 9-1 run with a jumper in the final seconds to put Miami up, 17-16.

Miami extended its lead to eight points off a 5-0 run by Erjavec, but the Green Wave tallied 12 of the final 14 points in the quarter to take a two-point lead at halftime. Seven Canes scored in the first half led by Marshall who poured in eight to lead all scorers.

The Canes started the third quarter 0-for-5 from the field, but a 3-pointer by Williams provided a spark for Miami’s offense and the Canes knocked down their next four shots to take a 41-35 lead. Tulane battled back, hitting 50 percent of its shots in the third to hold a one-point lead with 10 minutes to play.

After giving up an early 3-pointer in the fourth, the Canes defense locked down, making six straight stands on defense. Meanwhile on offense, Miami embarked on an 11-2 run, highlighted by a four-point effort by Dwyer. The Canes ultimately outscored Tulane 23-15 in the fourth quarter to take the 70-63 victory.

Miami turns around to close out the Miami Holiday Classic tomorrow, hosting the Arkansas-Pine Bluff Golden Lions at 1 p.m. at the Watsco Center. The game will air on ACC Network Extra and fans can also listen to the game on WVUM 90.5.

“[Arkansas-Pine Bluff] is ferocious,” Meier said. “They are incredible to the glass. They’ve got some rebounders that are just relentless to the glass and we are going to need that defensive rebounding effort.”