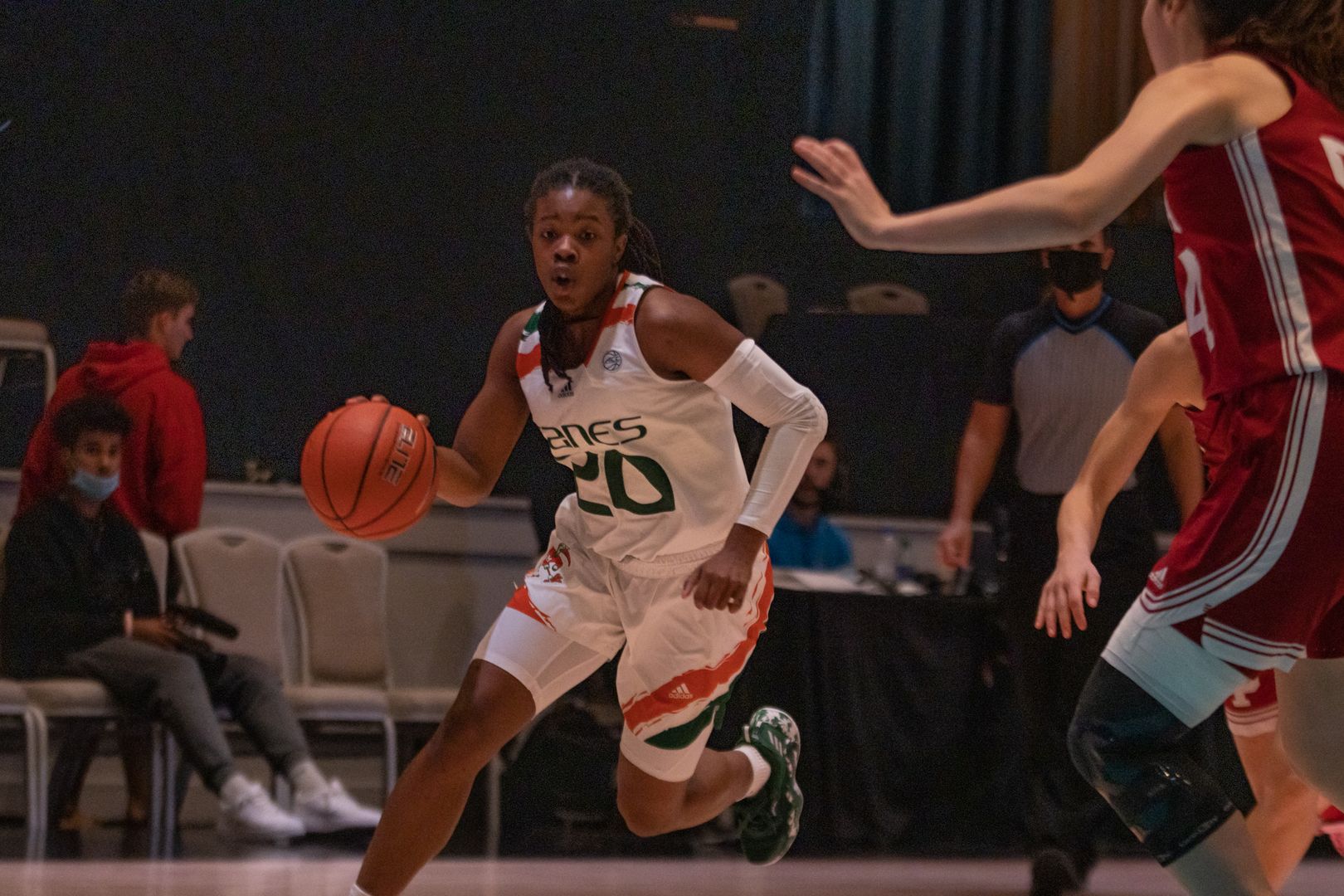 Miami Gives No. 4/6 Indiana a Battle at Baha Mar

“There was never a point where we surrendered,” head coach Katie Meier said. “We were stubborn and we fought hard. The ball still needs to go in more, but when Kelsey [Marshall] got hot, the team really adjusted. We held an incredible team about 25 points below their average and that’s necessary right now. I’m really proud of them.”

Graduate student Kelsey Marshall led all scorers on the evening with 20 points for the ninth 20-point outing of her career. Marshall tallied 11 straight points in the final four minutes of the game to keep Miami in the contest.

Miami’s defense showed up once again, holding Indiana to 20 points under its season average. The Canes have now forced 20-plus turnovers in four straight contests and have tallied double-digit points off turnovers in the last five. 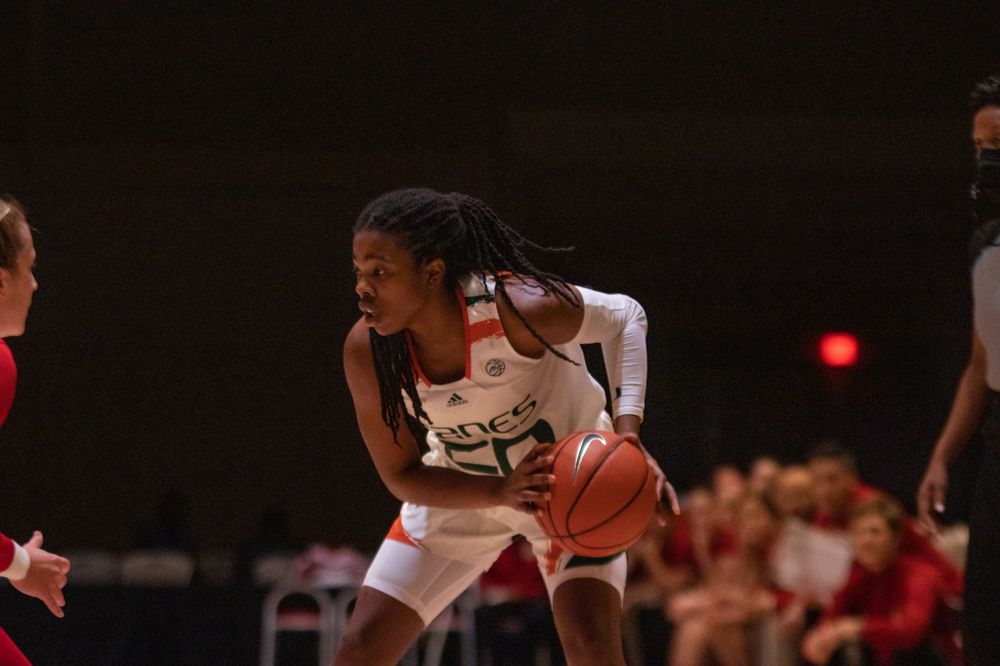 The Canes and the Hoosiers traded baskets to open the game, with junior Lola Pendande tallying Miami’s first two buckets of the game. Indiana opened up its lead in the final four minutes of the frame, embarking on a 9-0 run to take an eight-point lead. However, Marshall put up a layup in the final seconds of the quarter to pull the Canes to within six.

The Hoosiers pushed their lead to double-digits with an 8-0 run to start the second quarter. The Miami defense rose to the occasion in the frame, forcing senior Naomi Mbandu halted the Indiana offensive pressure with a crucial 3-pointer halfway through the quarter, sparking a 13-4 run for the Canes. Senior Karla Erjavec capped the run with a 3-pointer of her own to make the score 32-36 at halftime.

The Canes continued to chip away at Indiana’s lead in the third quarter, outscoring the Hoosiers 12-9 to cut the lead to three with 10 minutes to play. Marshall accounted for five of Miami’s 12 points in the quarter and tallied two steals.

Indiana opened the fourth quarter on an 11-2 run to extend its lead back to 12, but the Canes came storming back in the final four minutes led by Marshall. The guard went on an 11-1 solo run to bring the Canes to within one with 43 seconds to play.

With seven seconds remaining in the game, the Canes fouled Indiana’s Mackenzie Holmes to send her to the free throw line. Holmes knocked down 1-of-2 at the stripe, giving Miami a chance to go for the win. Marshall got an open look at the 3-point arc but was a little strong on the shot.

“[Kelsey] was so gritty,” Meier said. “We needed someone to step up and to lead and that’s what she’s done. She’s playing the point guard and she’s playing the four and she’s doing a heck of a job. That last play, 100 percent of the time I’m going back to that play and to that kid.”

Miami returns home to Coral Gables, Fla., for a few days before heading up to College Park, Md., to take on No. 3/5 Maryland on Dec. 2 as part of the Big Ten/ACC Challenge.