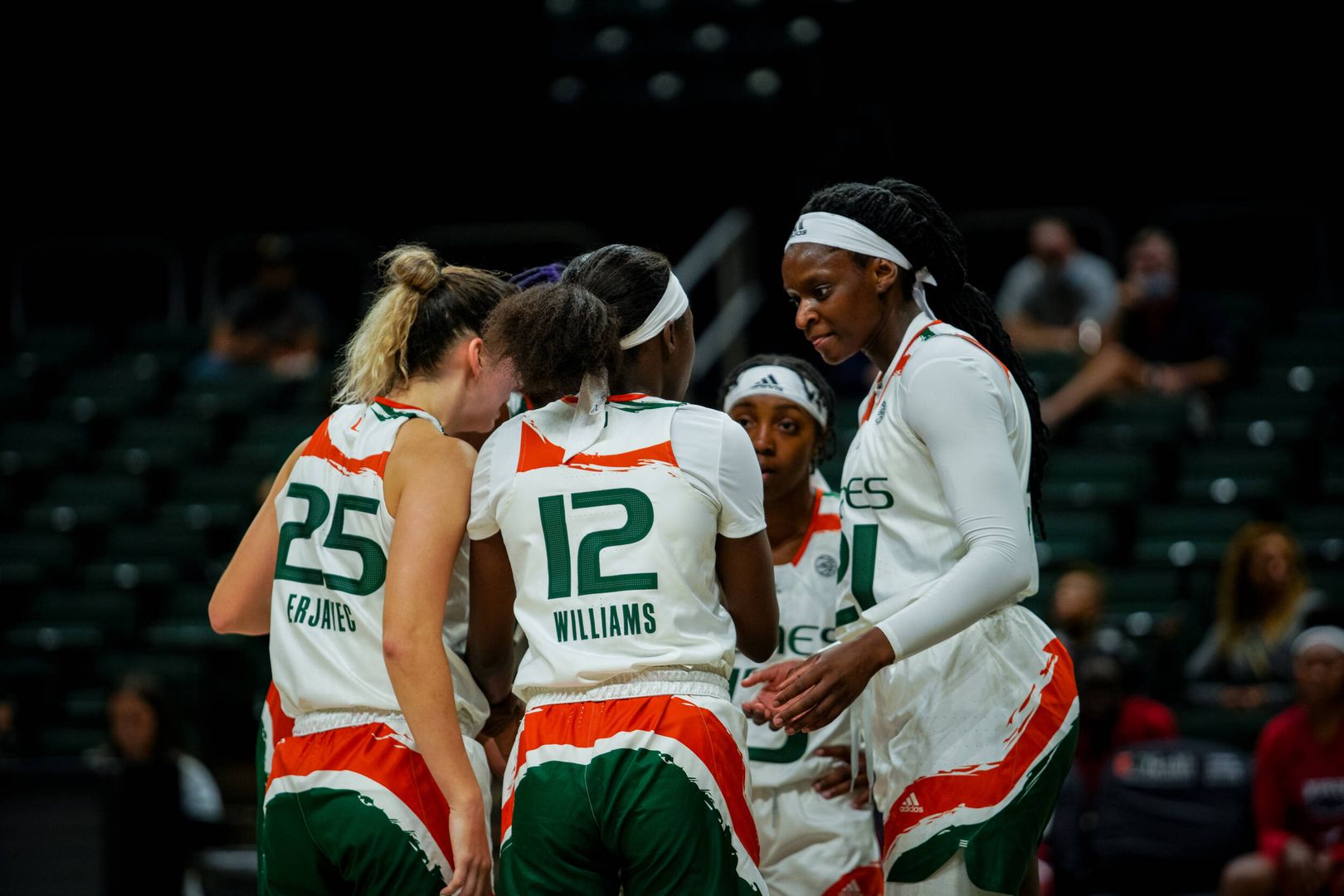 NASSAU, Bahamas – The University of Miami women’s basketball team is taking its game international for the Thanksgiving Week, competing in the Baha Mar Pink Flamingo Championship beginning on Thursday, Nov. 25.

“We are extremely excited to participate in the Baha Mar Hoops event in the Bahamas,” head coach Katie Meier said. “The tournament brought in an elite group of teams, which will make the games highly competitive and fun to watch. It is a great opportunity for our team to play against the best in a beautiful location.”

The event features six teams ranked in the preseason Associated Press Top 25, including Miami’s opponents Indiana and Washington State. Indiana is currently ranked No. 4 in the nation, while Washington State is receiving votes in the poll.

“We really need to rise to the challenge,” Meier said. “Without question, two or three of the teams there will be picked to be in the Final Four. It’s an opportunity for us because we will be underdogs, no question, and I want to see us fight like underdogs.”

This will be Miami’s first ever regular-season tournament played in the Bahamas and the first played outside of United States soil.

Miami opens to the Baha Mar Hoops event on Thursday against Washington State at 4 p.m. The Canes and the Cougars have only met one before in program history, with Miami taking the 74-68 victory just two years ago in Coral Gables, Fla.

The Canes will then look for redemption against the eighth-ranked Hoosiers on Saturday, as Indiana bested Miami at the Watsco Center in 2019. The Canes are 1-0 when playing the Hoosiers at a neutral site. Saturday’s game will tipoff at 8:30 p.m.

It will take a complete effort from the team for the Canes to leave the Bahamas 2-0 this weekend. Miami is 5-32 all-time against teams ranked in the top five, but six of the last 10 meetings with top-five teams have been single-digit affairs for the Canes.

“I’m expecting us to go in and play hard as we always do each game,” freshman Lashae Dwyer said. “I think we’re going to be a good team to watch. As Coach [Meier] said, we’re the underdogs. We have a chance to prove everybody wrong.”

The Canes have been playing lockdown defense in the early part of the season, holding their opponents to just 48.8 points per game, good for 20th in the nation in scoring defense. The Canes have held three straight opponents under 50 points for the first time since 2016 and the fifth time in program history.

With Indiana and Washington State averaging 78.3 and 73.7 points per game, respectively, the Canes defense will need to show up and show out in the Bahamas.

Both games will air on FloHoops, which is available for purchase here.