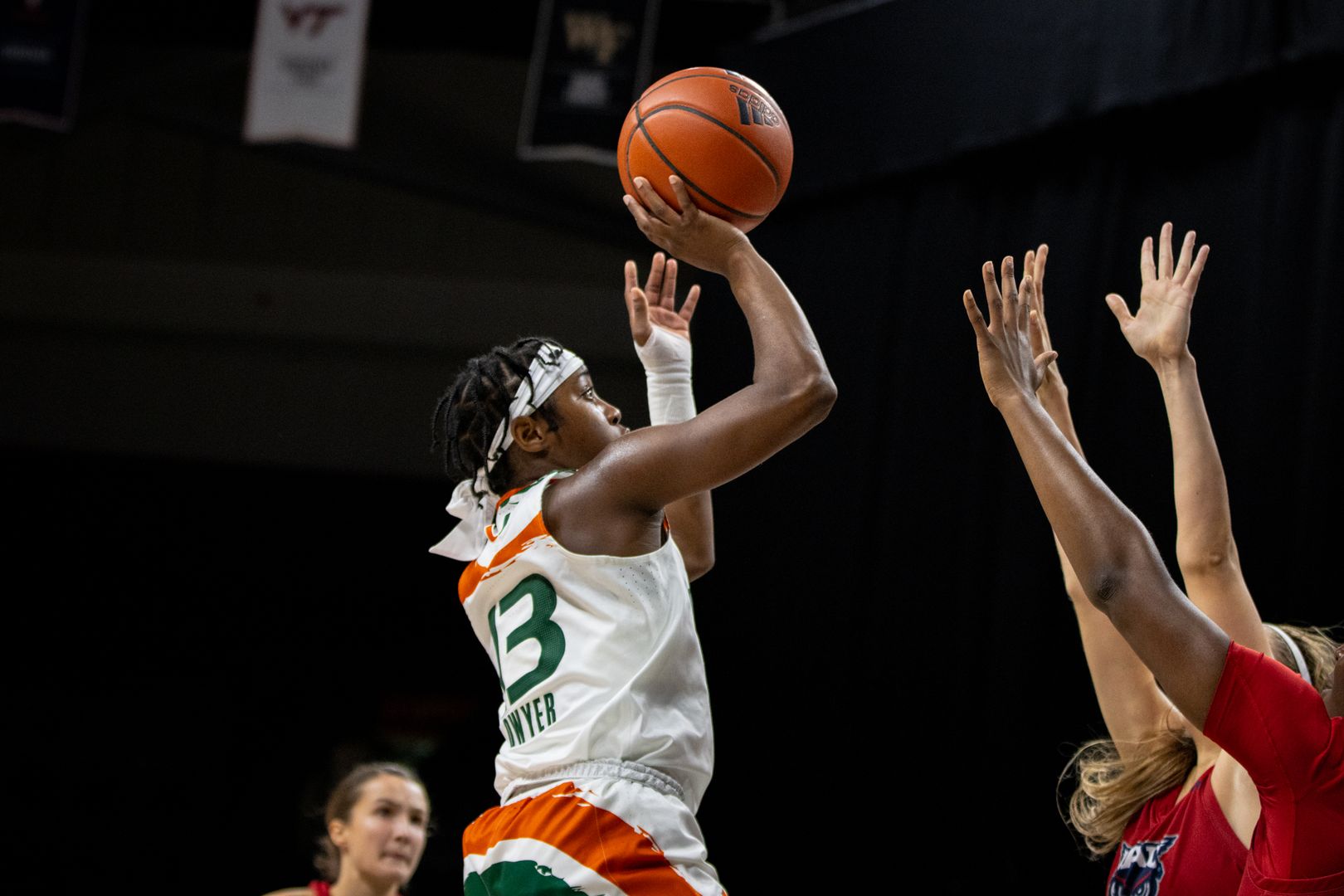 CORAL GABLES, Fla. – The University of Miami women’s basketball team won its fourth straight game on Thursday night, downing Florida Atlantic, 56-46, at the Watsco Center. The Canes have started the season 4-0 for the 10th time in program history.

Miami held a high-flying Florida Atlantic offense to just 46 points in the game, 40 points under their season average coming into Thursday’s contest. The Canes outrebounded the Owls 39-34, including 19 offensive rebounds, and totaled 12 steals in the game.

“That defensive effort was required and was very necessary,” head coach Katie Meier said. “That’s how we are going to have to play. We had a lot of short shots and slow releases tonight, but we’re playing our little tails off on the defensive end. The timing of our offense needs to be better, but Florida Atlantic was very well-prepared.” 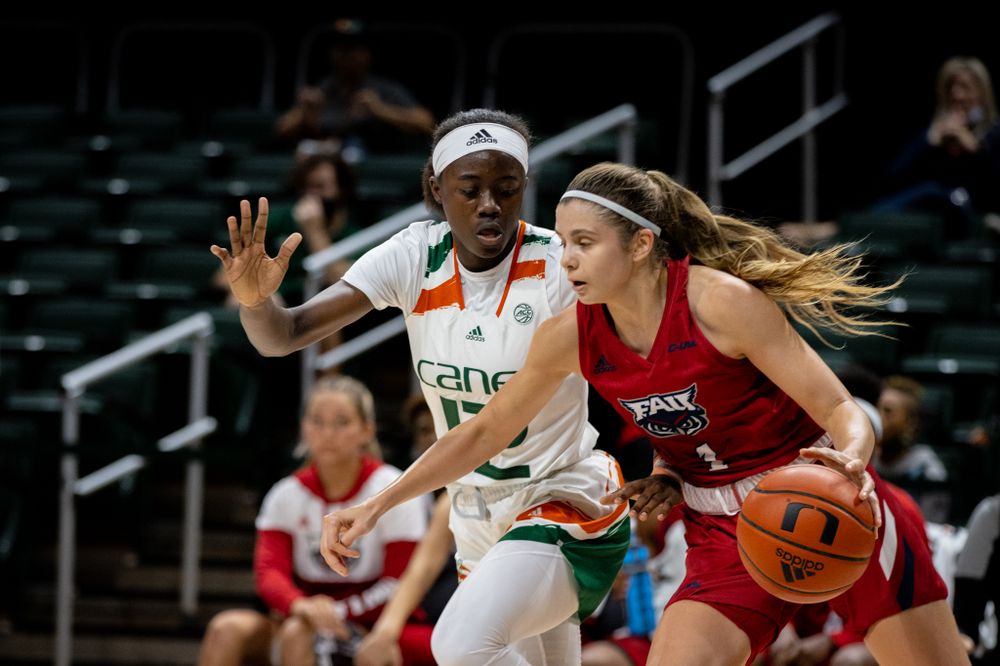 Freshman Lashae Dwyer was a force to be reckoned with on defense, recording eight steals on the evening, the most by a Miami player since current assistant coach Shenise Johnson posted nine on Jan. 16, 2011. Dwyer’s eight steals marks the most in a game by any ACC player this season.

“I did not expect [to have eight steals] coming into the game, but I have done that before,” Dwyer said. “It was a great time and a great experience as a freshman going [into the game]. I had a clear mindset and I was focused on the game. I was ready to play defense, but I did not expect that.”

On offense, graduate student Kelsey Marshall reached double-figures for the third time this season, pouring in 14 points to lead all scorers. Dwyer recorded a career-high nine points of her own, going 5-of-6 at the charity stripe.

The Owls jumped out to an early seven-point lead halfway through the first quarter, but Miami finished the frame on an 11-2 run to take an 18-16 lead at the end of one. Marshall was electric for the Canes in the first, tallying 10 points on 4-of-6 shooting.

Miami kept it rolling in the second, starting the quarter on a 9-3 run to extend its lead to eight. Five different Canes scored in the second to help Miami to an eight-point, 30-22, lead after the first 20 minutes. In the first half alone, the Canes’ defense forced 17 Owl turnovers, recording 16 points off those forced turnovers.

Dwyer took over for the Canes in the third quarter, tallying six of her nine points in the third. A 9-3 run in the first five minutes of the third pushed Miami’s lead to double-figures for the first time in the game.

The Miami defense had to hold it down in the fourth quarter as the Canes struggled to get to the basket. Miami outrebounded Florida Atlantic 14-10 and held the Owls offense to 30.8 percent from the field.

The Canes are headed south next week to take part in the Baha Mar Hoops event in Nassau, Bahamas. Miami will square-off with two NCAA Tournament teams from last season, Washington State and No. 4 Indiana.