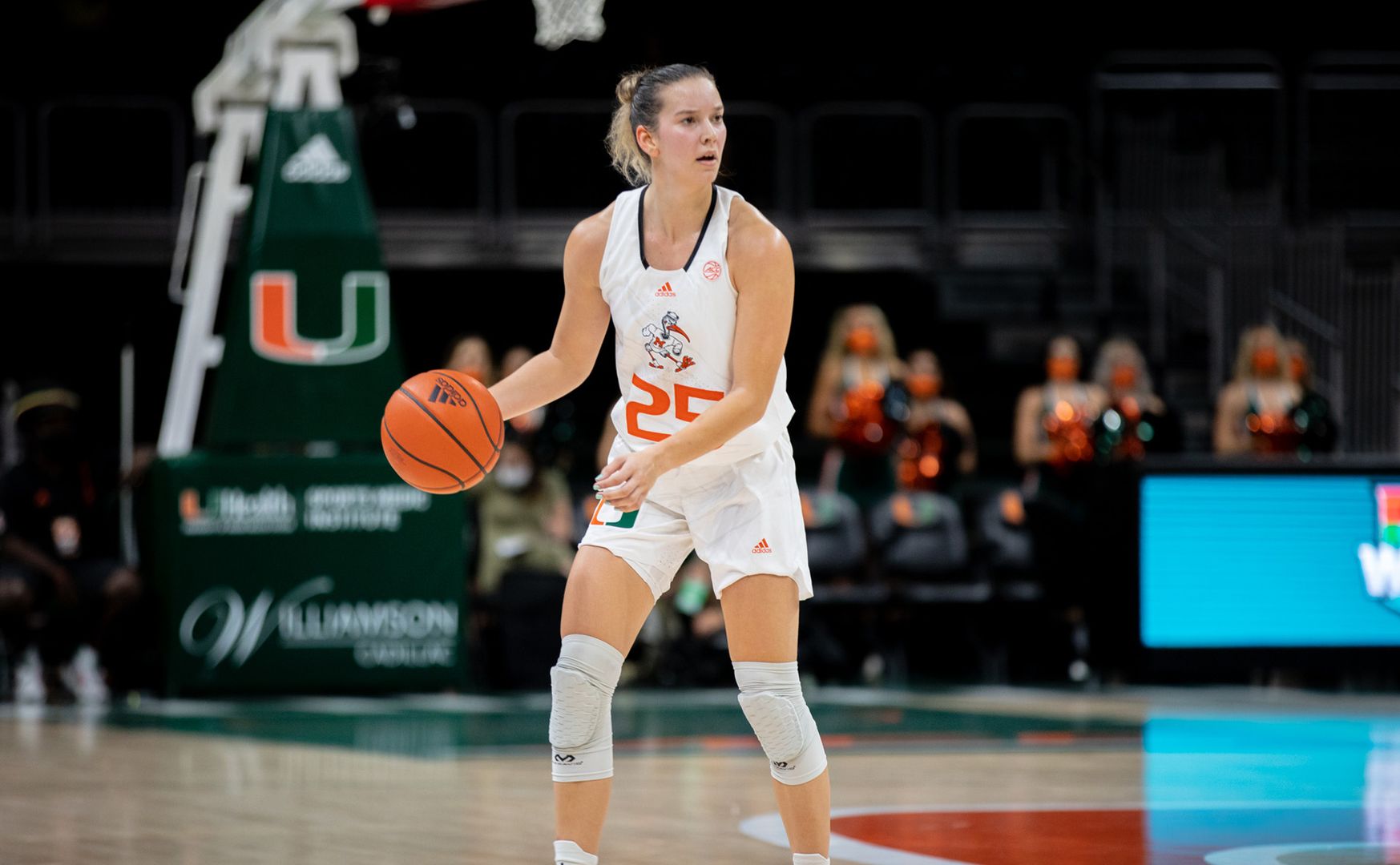 Canes Focus on the Little Things Ahead of FAU

CORAL GABLES, Fla. – The University of Miami women’s basketball team has the opportunity to start the season 4-0 for the 10th time in program history on Thursday when it takes on the Florida Atlantic Owls (2-0).

The Hurricanes (3-0) are coming off back-to-back double-figure wins over Bethune-Cookman and Stetson and will face their third opponent from the state of Florida.

“We have some people in new roles and we need to know if they’re going to come through,” head coach Katie Meier said. “But we’re very balanced and thank God, because when Kelsey has a 2-for-10 night when a team is forcing us to shoot from the outside, we can cover it up.”

Six different Canes tallied seven-plus points in the win over Stetson on Sunday, led by graduate student Maeva Djaldi-Tabdi who poured in 10 points. On the boards, graduate student Kelsey Marshall paces Miami in rebounding with eight against Stetson.

However, turnovers have challenged the Canes over the first three games and it’s something they have worked on in practice.

“We need to pay attention to details and listening to what the coaches are saying and how they are preparing us for het game,” senior Karla Erjavec said. “We need to be mentally locked in on the little things that they tell us in practice and carry it over into Thursday’s game.”

Miami boasts a perfect 18-0 record against the Owls, including a 14-0 mark when playing at home. Just four of the 17 contests have come with Katie Meier at the helm of the program and, in those four games, the Canes outscored the Owls by an average of 21.8 points per game.

The most recent outing between the two teams was a 73-61 victory for Miami on Dec. 3, 2020. Marshall balled out against the Owls last season, tallying 21 points and five steals, while shooting 41.6 percent from 3-point range (5-of-12).

The game is set to tipoff at 6 p.m. at the Watsco Center and will air on ACC Network with Pam Ward and Chelsea Gray on the call. Fan an also listen to the contest on WVUM 90.5.

On Nov. 17, 2020, the World Health Organization launched a global strategy to accelerate the elimination of cervical cancer as a public health problem. This year, the WHO has tapped UHealth’s Sylvester Comprehensive Cancer Center to provide a leading role in the collaborative effort to eliminate the preventable disease. Teal is the color for cervical cancer elimination and people are encouraged to use #GlowTeal to spread awareness.