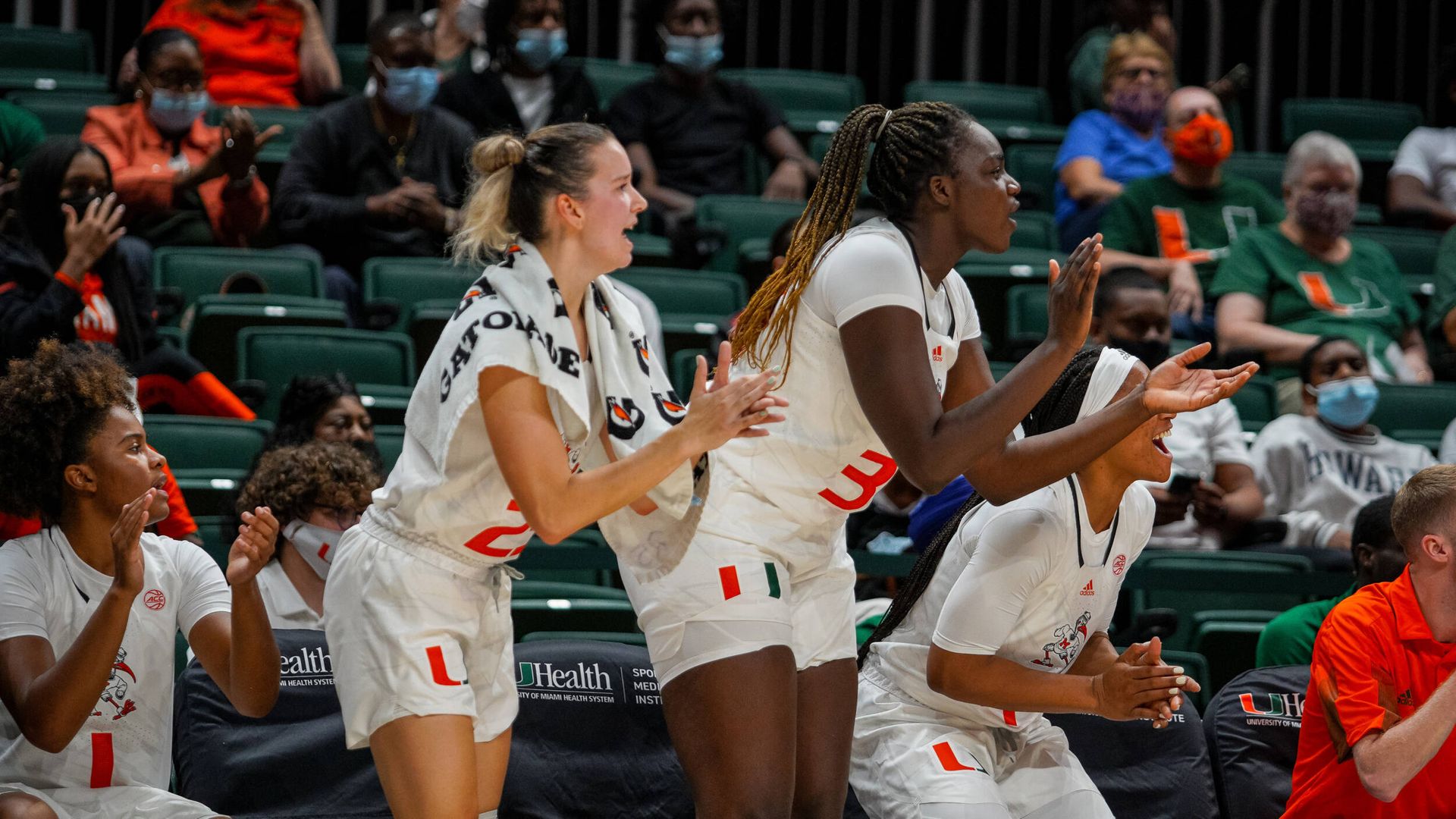 CORAL GABLES, Fla. – For the third time in six days, the University of Miami women’s basketball team is in the win column after defeating the Stetson Hatters (1-1), 54-39, Sunday afternoon at the Watsco Center.

“Stetson is very well-coached and I knew their basketball minds would be good and that they would make things very difficult for us,” head coach Katie Meier said. “We really needed to execute and make some adjustments at halftime and I think we did.”

Six different Canes had at least seven points in the contest, while graduate student Maeva Djaldi-Tabdi led Miami in scoring for the first time as a Cane with 10 points. The 10-point effort against Stetson marked the second time this season that Djaldi-Tabdi has scored in double-figures.

As a team Miami outrebounded Stetson, 43-34, and was paced on the boards by graduate student Kelsey Marshall, who hauled in eight rebounds. Marshall finished the afternoon with five assists to lead the Canes in that category, as well. 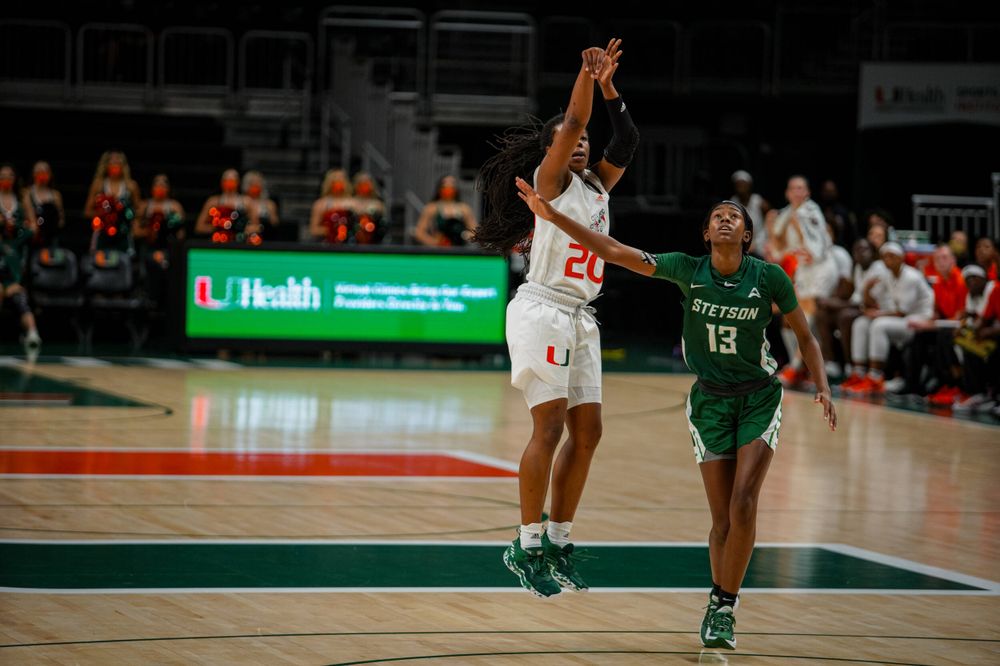 “We are very balanced and that is important when players like Kelsey [Marshall] have a 2-for-10 night,” Meier said. “I have a team that is willing to win it ugly and do the little stuff and play hard.”

It was a slow start to the game for the Canes’ offense as Miami poured in just one bucket in the first quarter to trail Stetson, 11-6, after 10 minutes.

After trailing Stetson going into the quarter, the Canes responded with a 16-10 second frame to take a one-point, 22-21, lead into the locker room.

Ultimately, it was the Canes’ dominant third-quarter performance that sealed the victory for the home team. Senior Naomi Mbandu crashed the glass hard in the opening minute to record a rebound and putback and spark a 9-0 run for the Canes in the first two minutes of the third.

Senior Karla Erjavec was electric on offense for Miami in the second half, totaling nine points on 3-of-5 shooting. The Canes outscored Stetson 32-18 in the final two quarters to seal the 54-39 victory. Miami has now held opponents to under 50 points in back-to-back games.

“We got there on very tired legs. It’s really hard to open the season with three games in six days,” Meier said. “The fact that we are 3-0 is something to celebrate.”

The Canes are back in action on Thursday when they take on another in-state foe, Florida Atlantic, at 6 p.m. at the Watsco Center. The game will broadcast on ACC Network.