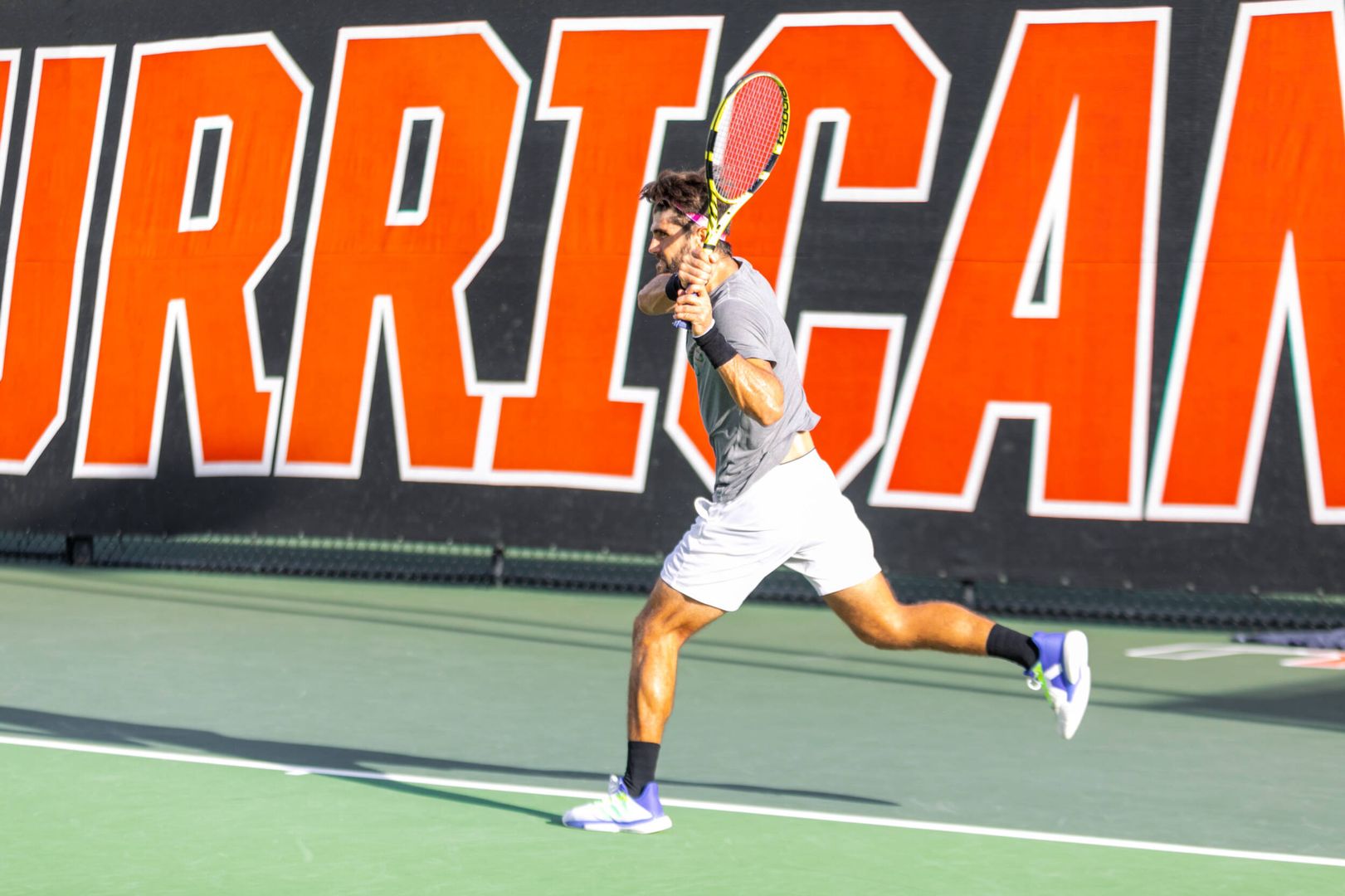 CORAL GABLES, Fla. – The University of Miami men’s tennis team heads to Gainesville, Fla., this weekend to compete in the 2021 ITA Southeast Regional Championship. The tournament runs from Thursday, Oct. 21   through Monday, Oct. 25 at the Alfred A. Ring Tennis Complex on the University of Florida campus.

Seven Hurricanes will travel to Gainesville, including graduate student Dan Martin and seniors Benjamin Hannestad and Bojan Janukulovski, all of whom will compete in the main draw event. Junior Franco Aubone and freshman Casper Christensen will begin competition in the qualifying draw, while freshman Ilarion Danilchenko will serve as an alternate for the tournament.

The duos of Hannestad and Aubone and Martin and Danilchenko will represent the Canes in the doubles competition, with Juan Martin Jalif and Jankulovkski appearing as alternates.

The Hurricanes have found recent success in ITA tournaments, with Aubone and Hannestad winning the last ITA Southeast Doubles Championship in 2019. At Arizona State, Hannestad also secured both the ITA Southwest Regional singles and doubles titles as a freshman in 2017.

Competition will begin on Thursday (Oct. 21) in a single elimination format for singles and doubles play.

The singles and doubles champions from each of the ITA Division I Regional Championships held across the country will earn an automatic bid into the 2021 ITA National Fall Championships Nov. 4-7 in San Diego, California at the Barnes Tennis Center.

Live stats and a live video stream can be found here.