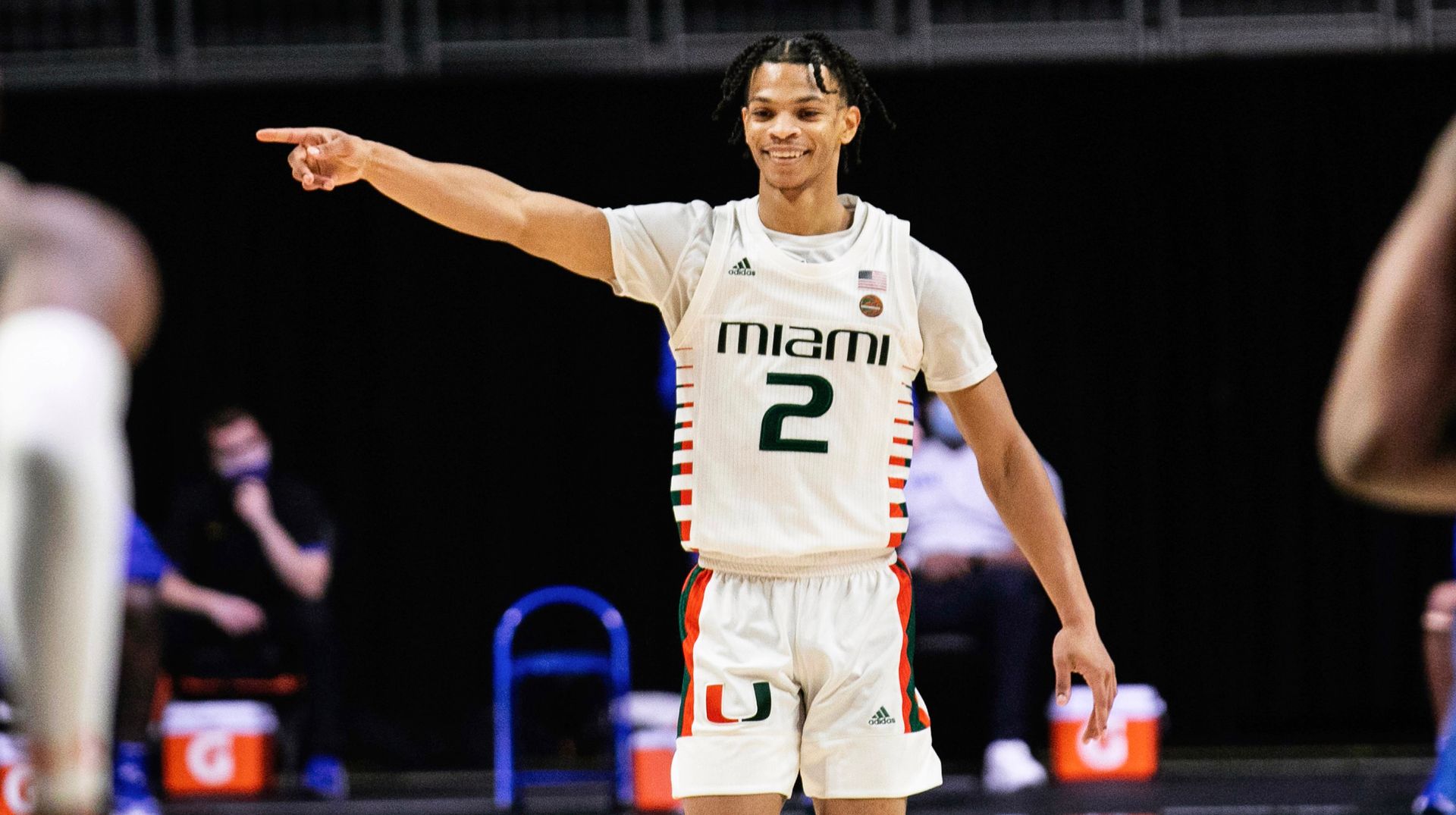 A third-year sophomore guard from Piscataway, N.J., Wong logged 37 points in the balloting, good for the fifth-most of any player in the league. He earned 12 points more than Georgia Tech’s Michael Devoe, who finished in sixth place to lead the second-team group.

Wong is the second-leading returning scorer in the ACC, behind only Syracuse’s Buddy Boeheim, a fellow first-team honoree. Virginia Tech’s Keve Aluma, North Carolina’s Armando Bacot and Duke’s Paolo Bancheo, the ACC Preseason Player/Freshman of the Year, joined them on the list.

This is the fourth time in five years a Hurricane has earned Preseason All-ACC distinction, including the second year in a row Miami has placed a player on the first team.

Wong and the Hurricanes open the 2021-22 campaign Wednesday at 7 p.m. with an exhibition contest against Nova Southeastern at the Watsco Center.