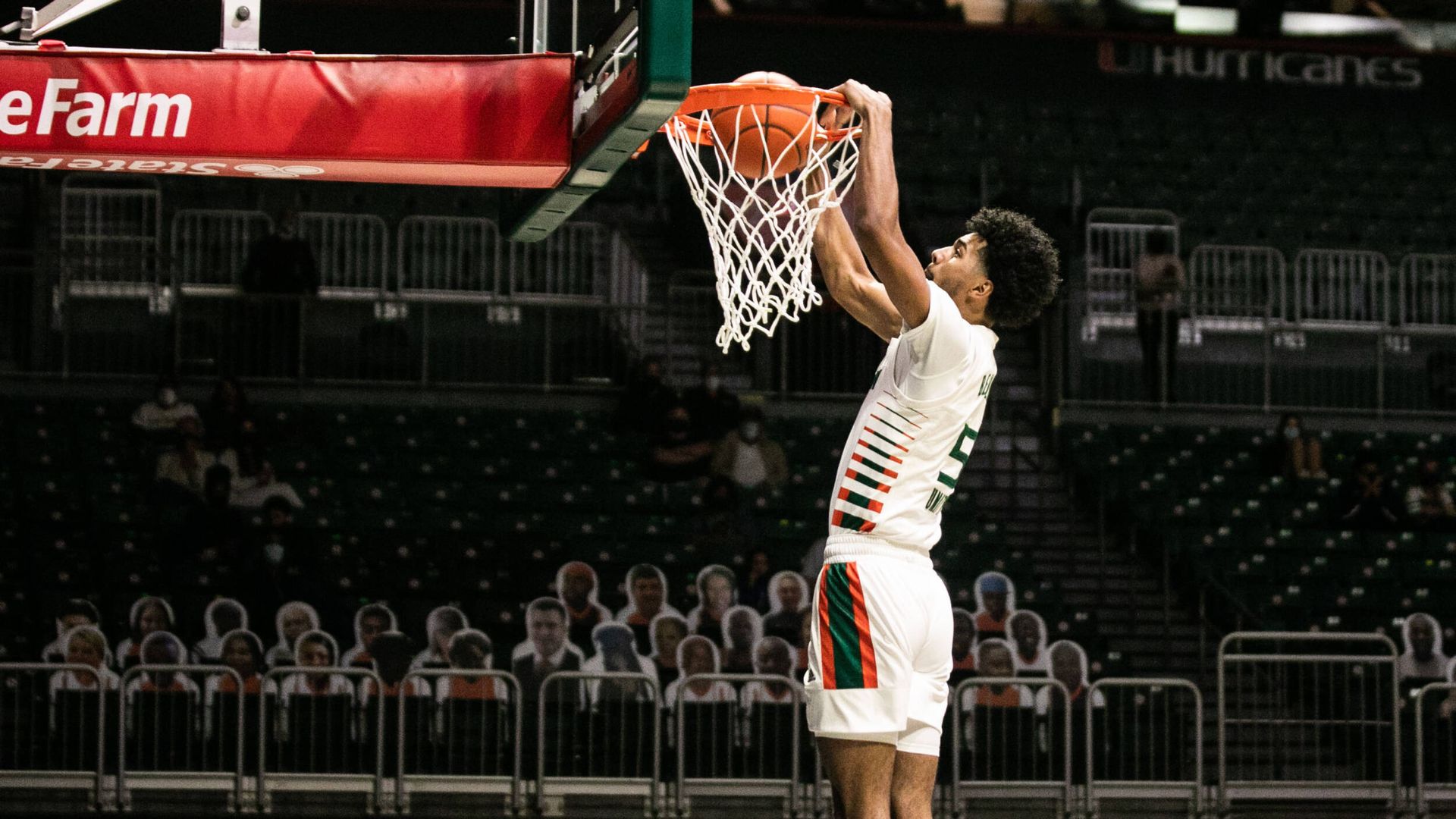 The Hurricanes now have their tip time for 10 additional contests, eight of which are at home, while another game was pushed back to a new time. Five affairs now also have a television designation.

The Hurricanes’ Nov. 13 matchup with UCF is slated for 2 p.m. on ACC Network Extra, while their Nov. 16 road opener at Florida Atlantic will start at 7 p.m. in Boca Raton, Fla. A network designation for the latter game is still to be determined.

Miami starts ACC action Dec. 4 versus Clemson and that game, previously announced as an ACC Network broadcast, is slotted for noon. The Hurricanes then play Lipscomb Dec. 8, with that contest now scheduled for 7 p.m. on ACC Network.

The team’s Dec. 12 neutral-site meeting with Fordham at the Barclays Center in Brooklyn, N.Y., will come at 11:30 a.m., the team’s earliest tipoff of the season, on a to-be-determined TV network.

To conclude the calendar year, Dec. 29 against NC State, Miami will now take the court at 9 p.m. rather than the initially released time of 5 p.m. Then, for its first game of 2022, Miami meets Wake Forest Jan. 1 at 6 p.m. Both those contests were already announced as ESPNU broadcasts.

Finally, Miami’s Jan. 22 in-state rivalry showdown with Florida State is slated for 2 p.m., with ESPN and ESPN2 the lone remaining network options, after ESPNU was also initially listed as a possibility.

The entire 2021-22 Miami men’s basketball schedule can be found HERE, while fans can purchase tickets HERE.