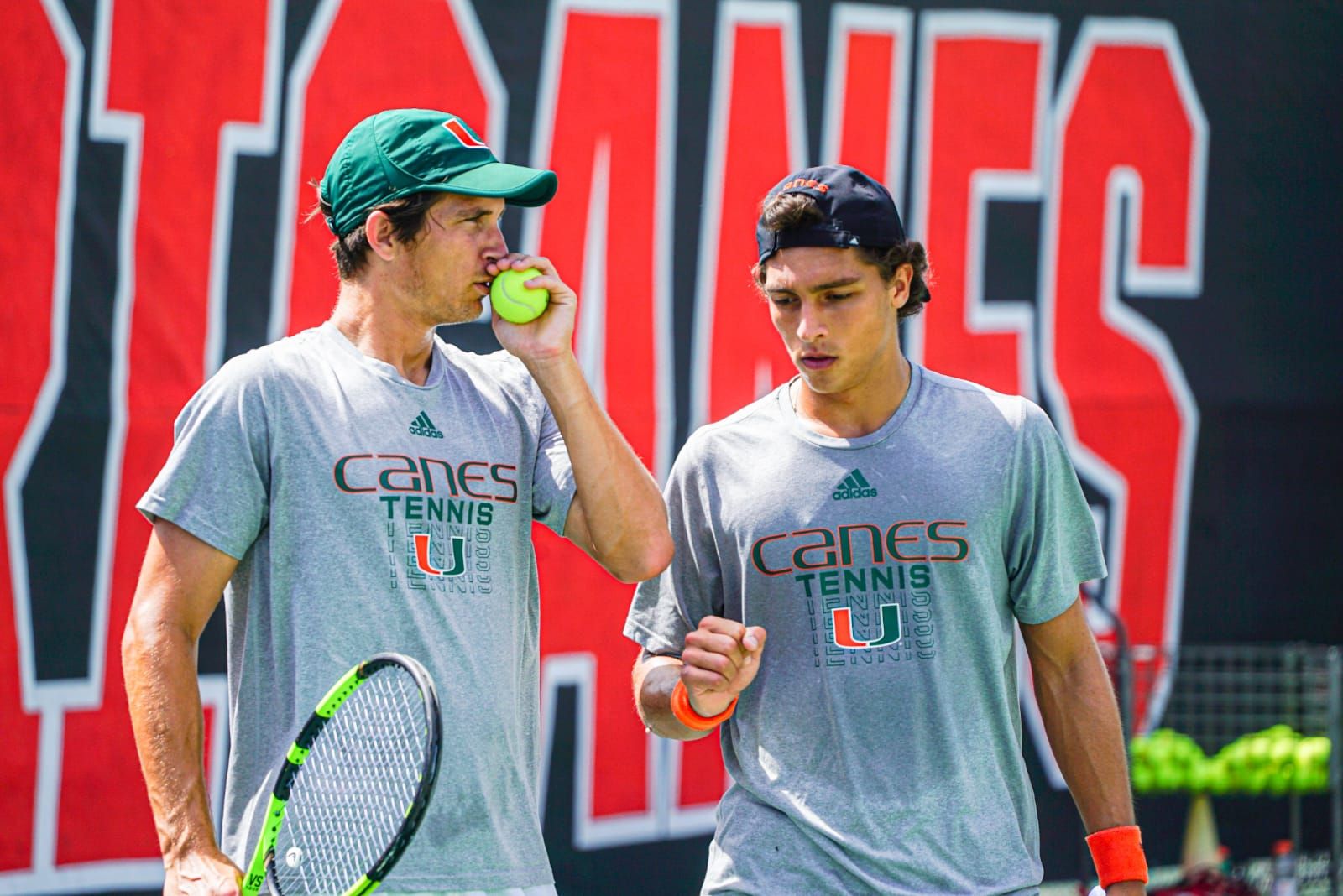 CORAL GABLES, Fla. – University of Miami men’s tennis players Franco Aubone and Benjamin Hannestad begin the 2021-22 season as the No. 11 doubles team in the ITA rankings, as announced Tuesday afternoon.

Aubone and Hannestad capped the spring season ranked No. 26 in doubles, with a 9-8 record at the top doubles position.

The duo posted a 4-2 record in ranked matches, most notably defeating then-No. 15 Florian Broska and Gregor Ramskogler of No. 16 Mississippi State, 6-4, in the opening round of the NCAA Team Championship.

Since joining forces in the fall of 2019, Aubone and Hannestad have earned a pair of ACC Doubles Team of the Week honors and secured the ITA Southeast Regional doubles title in November of 2019.