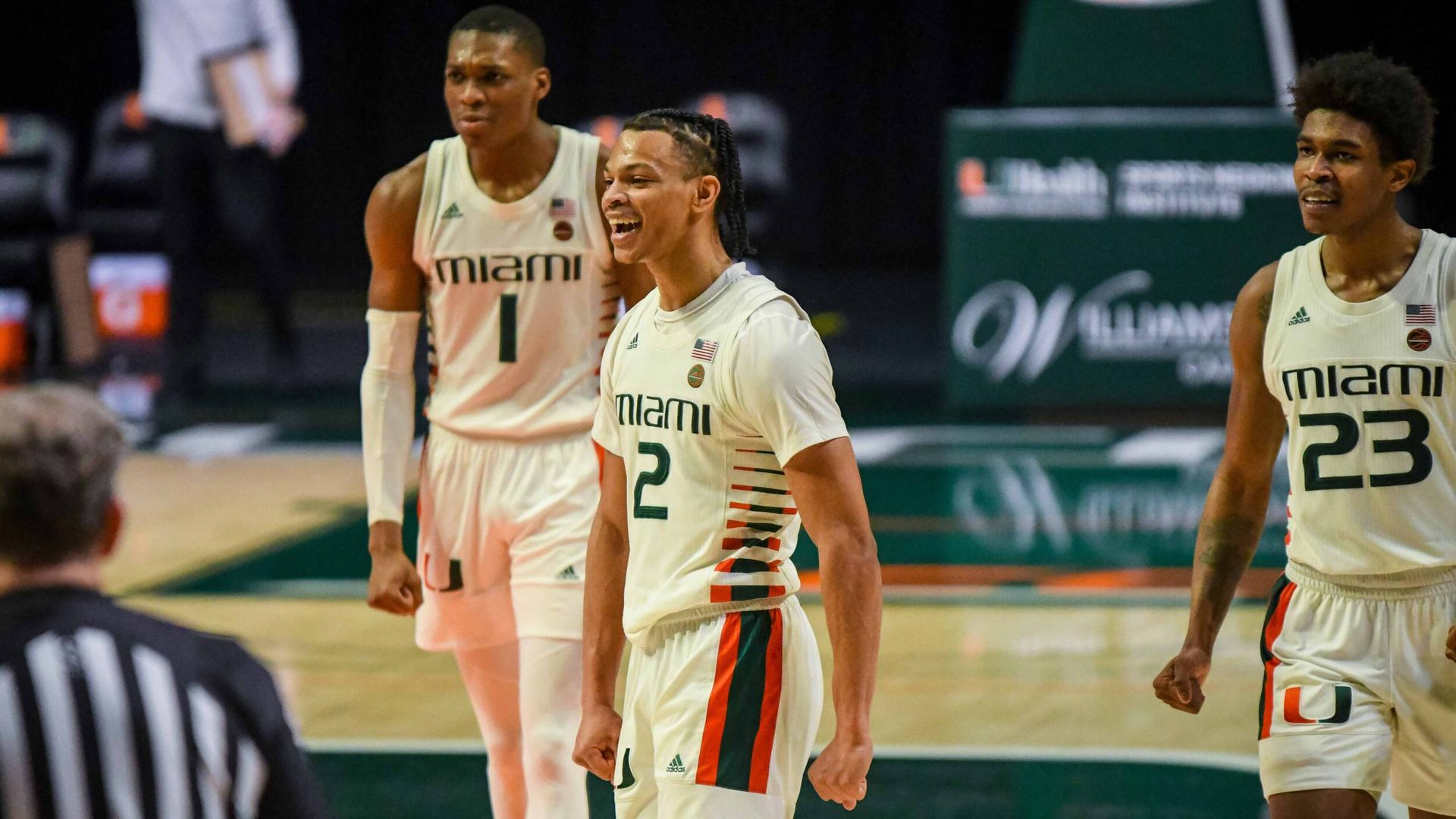 The Hurricanes will play 11 non-league games between Nov. 9 and Dec. 20. Five of those contests—as well as an earlier exhibition affair—will take place at the Watsco Center.

“I am excited about the quality non-conference schedule we have in place for this season,” Larrañaga said. “These games will help prepare us for the rigorous ACC competition that awaits us on an annual basis in the best league in America. Additionally, along with attending home games, our great fans will have the chance to see us play in two other Florida cities, as well as in New York and Pennsylvania.”

Miami will take the court for the first time Oct. 20 when it hosts Nova Southeastern in an exhibition matchup. It begins the regular season 20 days later, Nov. 9, when it welcomes Canisius to the Watsco Center.

The Hurricanes then face three consecutive in-state foes, beginning Nov. 13 against UCF in Coral Gables. Miami travels to play at Florida Atlantic three days later in its first road outing of the year, followed by a Nov. 21 home contest versus Florida A&M.

Miami’s next three games are also all in the Sunshine State, but will take place at the ESPN Wide World of Sports, just outside Orlando, Fla., as part of the ESPN Events Invitational. The Hurricanes begin the tournament Nov. 25 against Dayton and then play either Kansas or North Texas the following day. To cap the event Nov. 28, Miami meets Alabama, Belmont, Drake or Iona.

To open the second month of the season, the Hurricanes travel out of state for the first time, as they square off with Penn State Dec. 1 in the Big Ten/ACC Challenge. Miami then returns home for a Dec. 8 affair versus Lipscomb.

Up next for 11th-year head coach Jim Larrañaga’s team is a Dec. 12 visit to his home state, where Miami plays Fordham in the Basketball Hall of Fame Invitational at the Barclays Center in Brooklyn, N.Y. Then, to conclude non-conference competition, the Hurricanes host Stetson Dec. 20 at the Watsco Center.

Game times and television assignments for the Hurricanes’ 2021-22 schedule will be announced at a later date, as will their ACC slate.