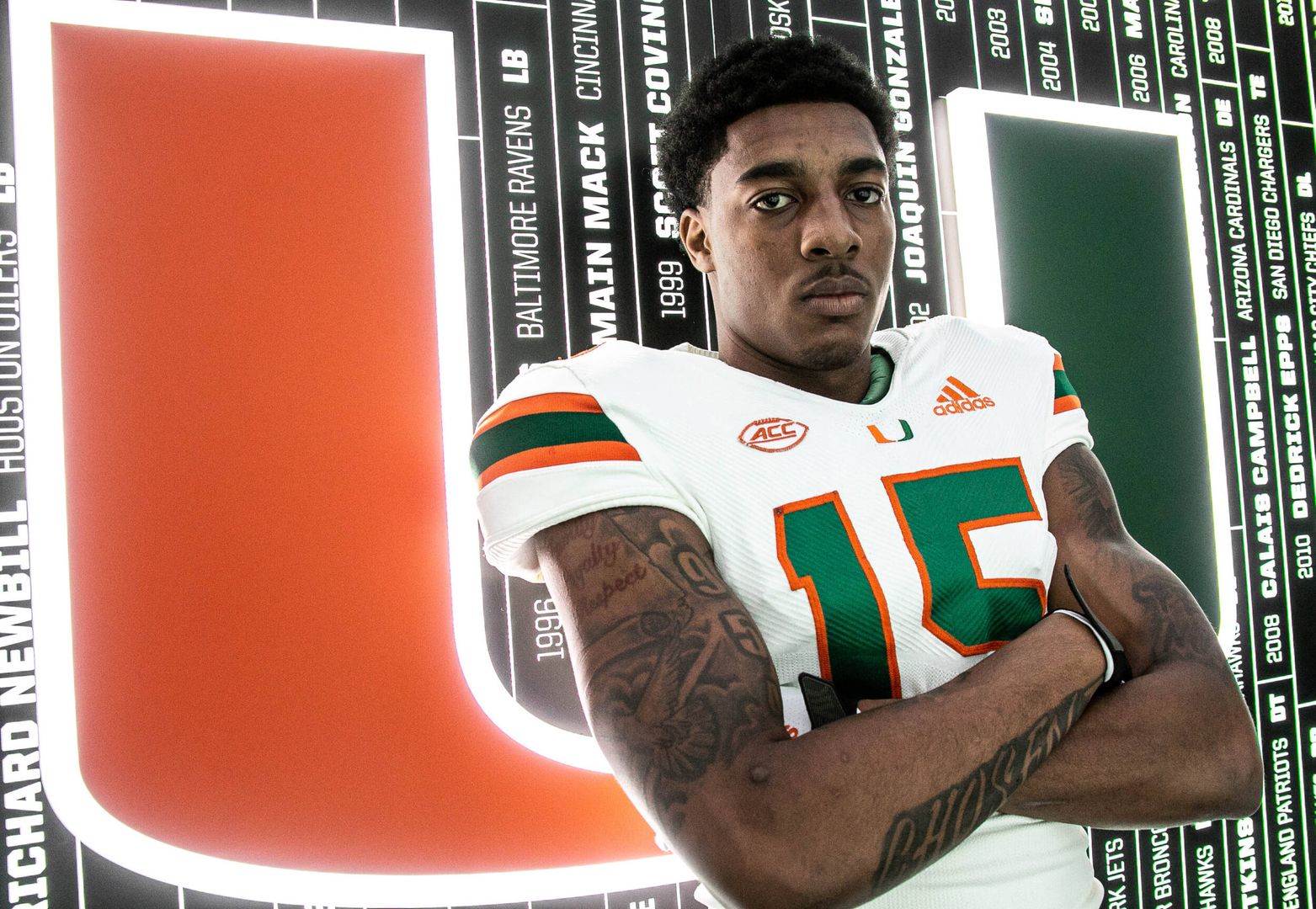 Playing With A Purpose

CORAL GABLES, Fla. – Every time he feels like he can’t run another sprint or lift another rep, Jacolby George lets his eyes drift down just above his heart and he keeps going.

In an instant, one of George’s biggest cheerleaders, his inspiration was gone. The freshmen knew he had a renewed purpose – making sure he made Harrison proud with everything he did going forward.

To help him always remember that goal, George had an image of Harrison tattooed on his chest. It’s his way, he says, of always keeping his brother close, even in his darkest moments.

“I put it over my heart so that he’s with me. He’s always in my heart. I want to see his face when I’m doing something. When I’m down, I know he’s with me,” George said. “He was a very humble person. He always wanted me to do my best in everything I do. If I was doing bad, he would get on me and show me the right thing to do. He would always say ‘Never stop working because there’s somebody out there working harder than you.’”

The months since his brother’s death haven’t been easy. But at Miami, George’s new teammates and coaches have done their best to provide support.

The receiver has had more than a few heart-to-heart conversations with team chaplain Mike Blanc. Fellow receivers Mike Harley and Xavier Restrepo – who also hail from Broward County – have provided encouragement, on and off the field.

And he was joined by more than a few of his new teammates when the Hurricanes participated in a peace march this summer to raise awareness about the need to curb violence across South Florida – a cause now especially personal for George.

“For me to see my teammates out there, I was really proud of everybody,” George said. “I’m pretty sure I’m not the only one that’s experienced this. They know that I’m proud of them, for coming and showing up.” 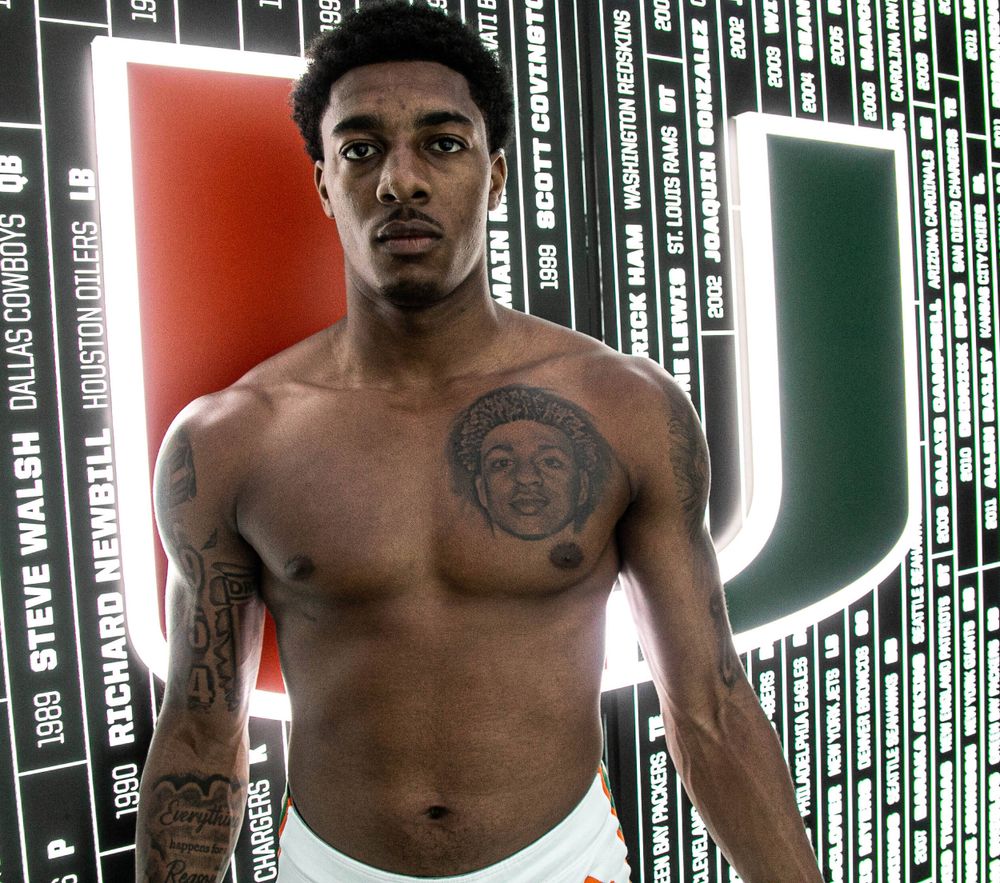 George has also thrown himself into Miami’s offseason conditioning program in an effort to make sure he’s ready not only for the start of training camp next week, but that he’s prepared for everything that will come later, too.

All of that has helped.

His teammates, of course, have taken note of both George’s work ethic and talent.

“I’ve known Jacolby since he was probably 12, 13-years-old…Just seeing him grow into the guy he is now, it’s exciting,” said Harley, one of Miami’s senior leaders. “I expected nothing less of him. He pushes me when it comes to 110 [sprints]. Every workout, I drag him by my side. He’s been that extra push and I’ve been on him with the little things, making sure he goes to class on time, making sure he studies the plays, making sure he does everything right…I always want to help him. He’s a little brother from the neighborhood.”

That “little brother from the neighborhood” could, Harley believes, make an impact sooner rather than later.

In five games at Plantation last season, the four-star prospect had 10 touchdown catches and scored on a punt return. He finished the year with 31 catches for 463 yards, was rated among the nation’s top 20 receivers and was named an Under Armour All-American.

Georgia Tech, NC State, Penn State, Pittsburgh, Indiana, Kentucky, Minnesota and Syracuse were some of the programs that recruited him, but after a long recruiting process, George ultimately decided to stay home and become a Hurricane.

“The love they showed for me and how it was so close to home, it felt like I didn’t really have to leave,” George said. “It’s literally down the street. It was like ‘Why leave, if I can just put my talents out on the place I call home? And my family can come to every game and watch me play and perform.”

Like many of his fellow freshmen, George grew up in South Florida and knows full well what it means to don orange and green in Miami.

He understands what will be expected of him, what it means to follow in the steps of the likes of Michael Irvin, Andre Johnson, Reggie Wayne, Santana Moss, Randall Hill and others.

“It’s a lot of responsibility. You’re putting on for your city and you’ve got to do whatever you’ve got to do to make a name for yourself,” George said. “It means a lot [to be a receiver at Miami]. It does. A lot of great receivers came out of here. I can be one of them.”

The freshman is also eager to see how he can perform in offensive coordinator Rhett Lashlee’s system, a system he believes can effectively utilize his strengths. The opportunity to play alongside a veteran quarterback like D’Eriq King has proved intriguing, too.

But he knows that as exciting as it is to get his Hurricanes career started, as much as he’s looking forward to running through that smoke for the first time at Hard Rock Stadium, he’ll have to go on that journey without Harrison physically at his side.

There will be challenges, he knows, but George remains determined to do his best to make his brother and the rest of his family proud.

“It’s going to be breathtaking [to put that uniform on the first time]. I’m going to be ready. I’m going to be excited. It’ll be my first college game. I just want to make the most of it,” George said. “I feel like it’s going to be tough [to play without my brother], but I know he’s still watching so I have to keep doing what I do.” 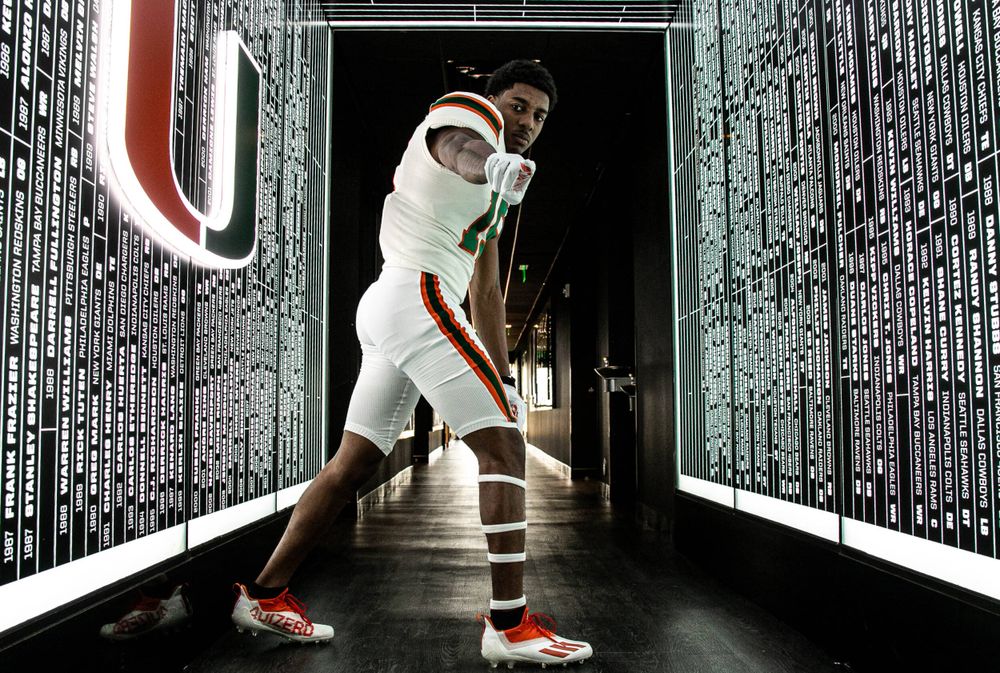