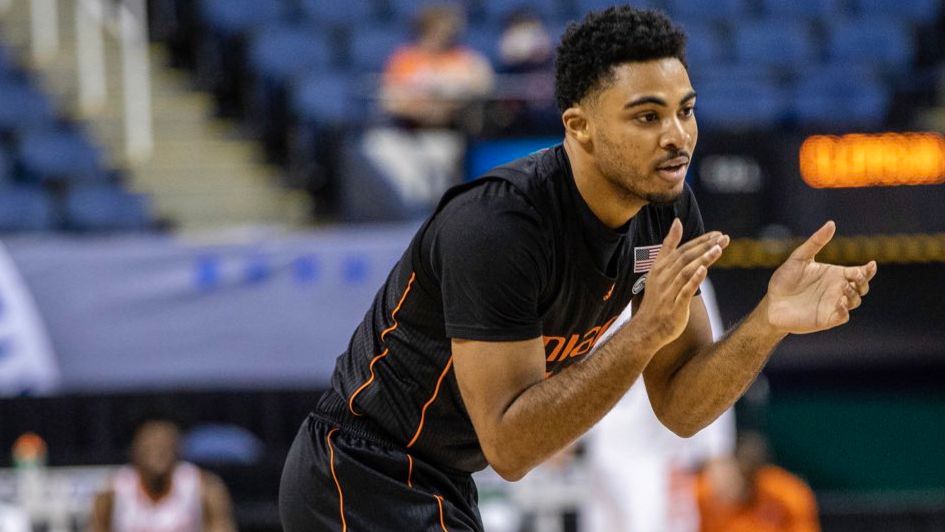 Willie Herenton and Nysier Brooks both made the NABC Honors Court for the second consecutive year. The plaudit goes to undergraduate men’s basketball players in their junior or senior academic year who posted a GPA of at least 3.2 for the year.

Only five other ACC schools—Clemson (six), Duke (one), Virginia (two), Virginia Tech (two) and Wake Forest (two)—and had players make the cut. Herenton and Brooks are, for the second time in a row, among the group of exactly 15 ACC players on the list.

Herenton, a guard from Lincolnshire, Ill., recorded a 3.57 GPA during the 2020-21 school year, his final one at Miami. Brooks, a center from Philadelphia, posted a 3.5 GPA during his last year as a Hurricane.

Both student-athletes graduated from Miami in May, with Herenton earning a degree in economics and Brooks doing so in criminology.