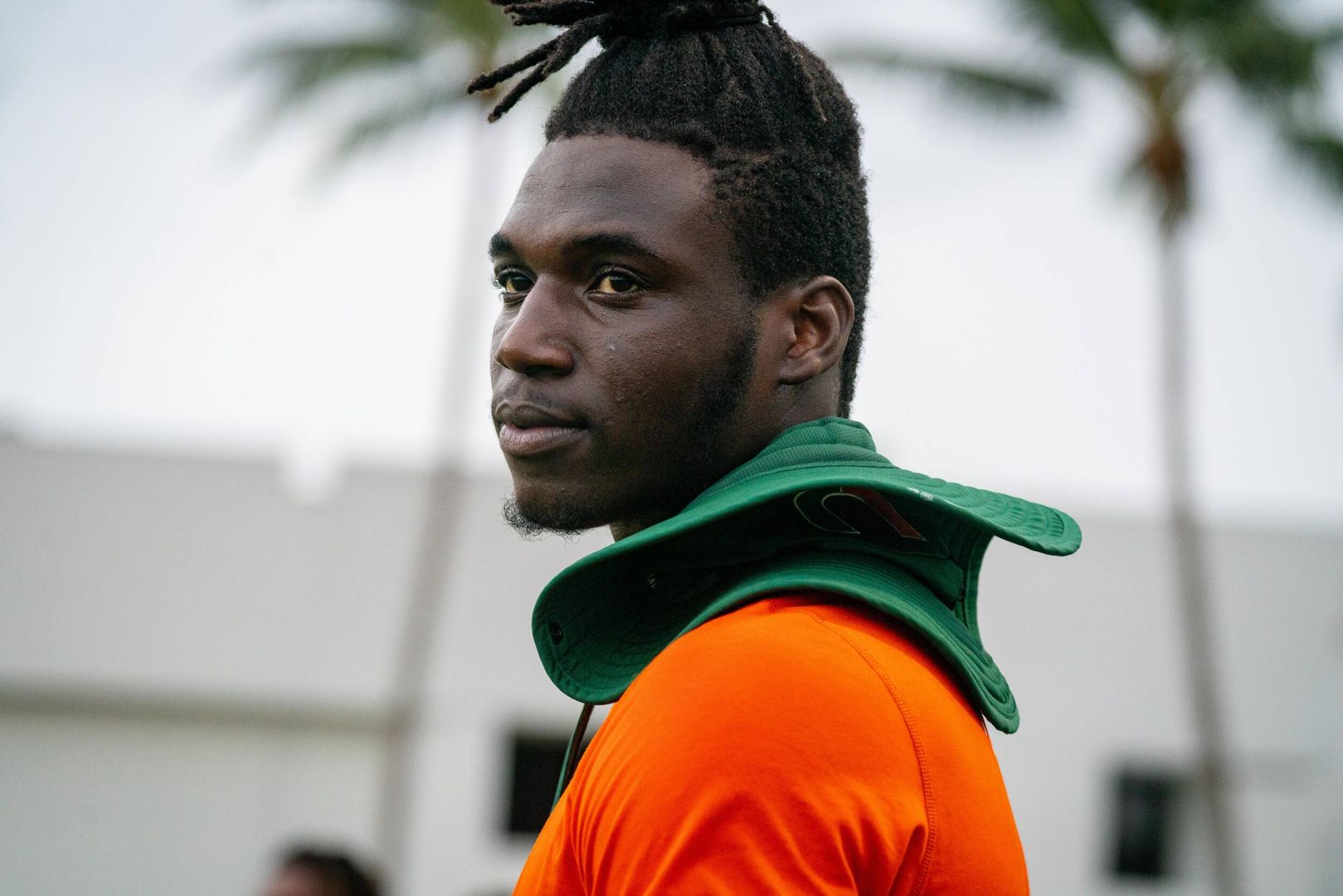 CORAL GABLES, Fla. – Shortly after arriving on campus, settling into his new dorm room and connecting with his new teammates, James Williams made his way to Manny Diaz’s office.

There was no particular reason for the visit, no real agenda for his first meeting with his new coach. Quite simply, Williams just wanted to celebrate the fact he was finally a Miami Hurricane with one of the people who helped make one of his lifelong dreams a reality.

“We’ve known James for a long time and it’s been a long journey,” said Diaz, who began recruiting Williams four years ago when the safety was a freshman in high school and Diaz was still Miami’s defensive coordinator. “It was so fun to see how excited he was to be on campus, getting into the workouts and getting it all going. We kind of had an embrace and talked about how happy he’s here. It was a really cool moment.”

For Williams, a South Florida native, being a Hurricane is extremely personal.

His late mother, Maria Gibson, worked on the University’s medical campus when she was pregnant and often told family and friends her baby would, eventually, wear orange and green.

Ira Williams, the grandmother who raised him, had hoped against hope that as Williams grew into one of the nation’s top young safeties that he wouldn’t go far to play college football.

And in the community where he grew up, where things weren’t always perfect, Williams himself became driven to prove – to himself and to others – that his hometown was a place where anyone could succeed, even if it seemed the odds were stacked against them.

“I want to change the culture in Miami, in the city of Miami. I want to help bring us back together as one community, the whole city,” Williams said. “I want to show people how good our city is. It’s not only about football. It’s football and family and our community. Miami is a great city and I’ve seen that. I’ve witnessed that growing up in different areas – in Miami, in Broward, in Dade. I’ve seen the great and I’ve seen the bad and I believe there’s more great than bad.” 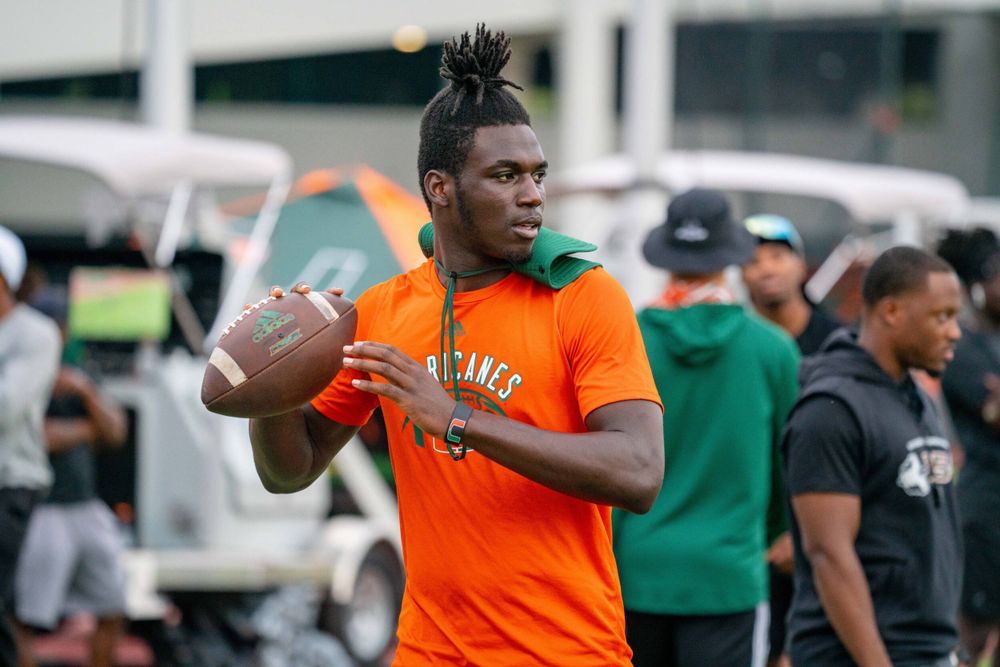 That belief, which has driven Williams for years, has been a touchstone for him since arriving on campus earlier this summer.

Already, he’s participated in several community outreach events and last weekend, the freshman was one of five Hurricanes football players to deliver food and water to first responders and rescuers working at the site of the Surfside condominium collapse.

On many levels, it wasn’t an easy afternoon – but Williams felt compelled to be there.

Williams is determined to continue living up to that standard during his time as a Hurricane and he says he’ll bring that same passion to everything he does while at Miami, on and off the field.

Diaz expects that kind of success will only continue at Miami, especially as Williams’ older teammates get to know him.

“Show everybody your work ethic, show everybody your toughness and if you do that, the talent takes care of itself,” Diaz said. “They want to know how you work, they want to know how tough you are and will you compete every day out on Greentree Practice Field. In my time here, the ones that have done that, been consistent, brought it every day, those guys always find a way on the field and they always find a way to be successful…I’m excited to see James’ growth.” 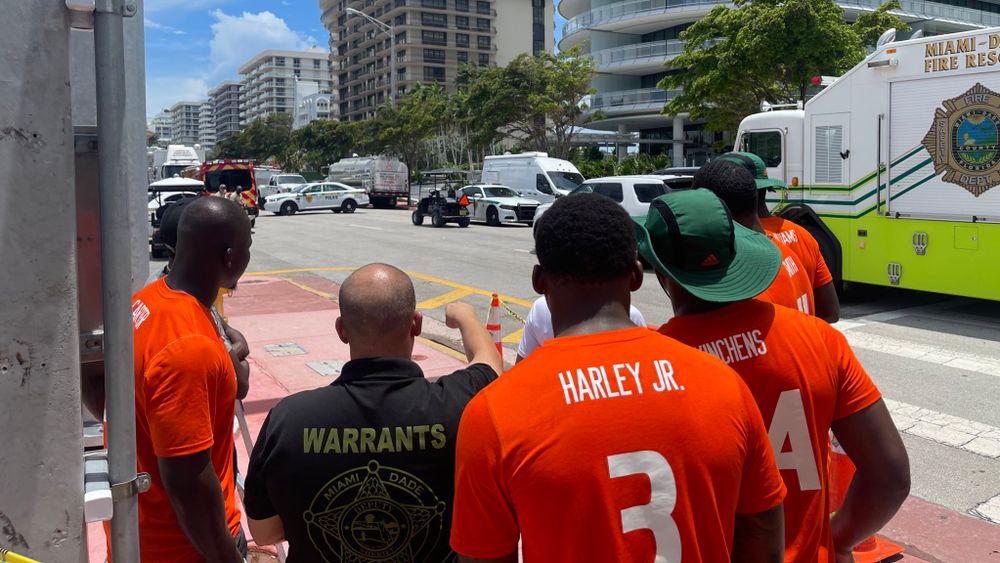 For his part, Williams is embracing the challenge that lies ahead.

He prides himself on being a fierce competitor, something that translates even when he’s playing video games, merely walking across campus with his roommates defensive tackle Leonard Taylor and offensive lineman Michael McLaughlin or even when he’s cooking.

“My teammates know I can cook,” Williams laughed. “I can make really good nachos, but now they’re all asking for chicken pasta.”

And as a Miami native, he understands what will be expected of him on the field.

Williams has those same expectations for himself, especially after spending years watching highlights of former Hurricanes legend Sean Taylor.

“I’ve been watching him since I was little. It was always him. I was always watching him before a game,” Williams said. “I saw a [6-foot-2] kid could play safety and it caught my eye he was able to move like that. I figured I could do it, too.”

Along with understanding what it means to play safety at Miami and wanting to be an example in his community, there is another force driving Williams to excel: his mother.

Though Gibson won’t be there physically to see her son finally live his dream, Williams has memorialized her in a very special way, with a tattoo on his forearm that he says keeps his mom close.

Making sure he becomes the kind of player and person she would be proud of is a responsibility he says he doesn’t take lightly.

“She’d be proud of what I accomplished and the obstacles I beat, the things I overcame to stay focused and get to college,” Williams said. “Now, I have to finish out what I started. I know she’s looking down on me, smiling…She was a blessing. It’s a blessing for me to be here and I think God for everything he’s done for me. Everything he did. I have never questioned him. I just walk by faith, not by sight.”