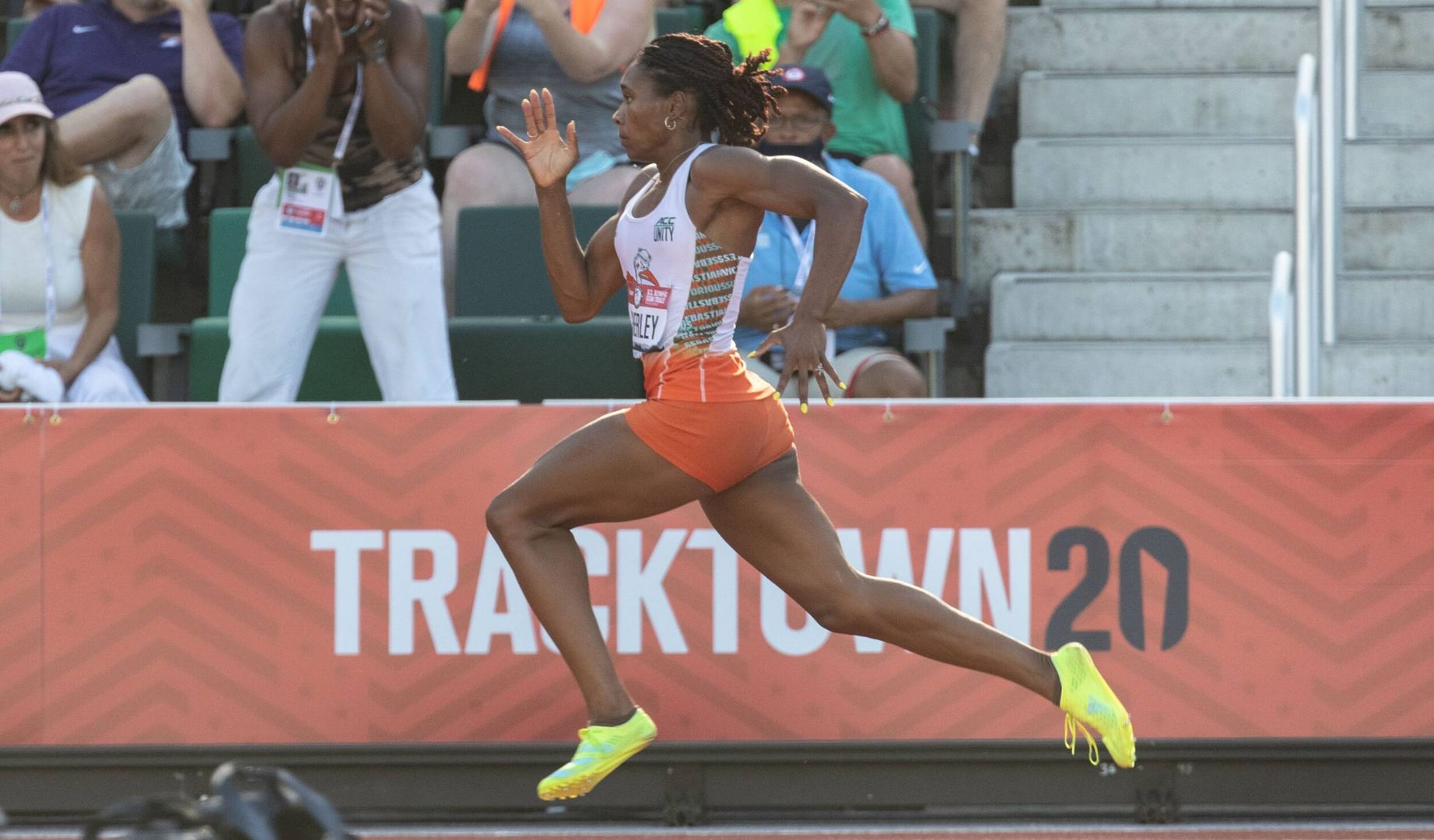 EUGENE, Ore. – Michelle Atherley finished with the top collegiate mark and a personal best in the heptathlon at the USA Olympic Trials at Hayward Field.

Atherley bested her previous Miami record by 252 points with a total score of 6,352 points. Entering the final day of competition with three events left, Atherley sat in sixth place behind five professional athletes fighting for a chance on Team USA as the top three would secure a spot in Tokyo.

She began the day by scoring 934 points in the long jump with a mark of 6.27m. The mark was the sixth-best of all competitors. Atherley followed up with a mark just shy of her personal best in the javelin at 39.65m.

Heading into the final event, the Miami legend was in sixth place and climbed to fourth after running the fastest 800m time of the day after a six-hour heat delay with her time of 2:08.86 to score 981 points.

Atherley’s score bested eight pros and was the top collegiate scorer. The North Port, Fla., native will go down as one of the best to do it as a Miami Hurricane.