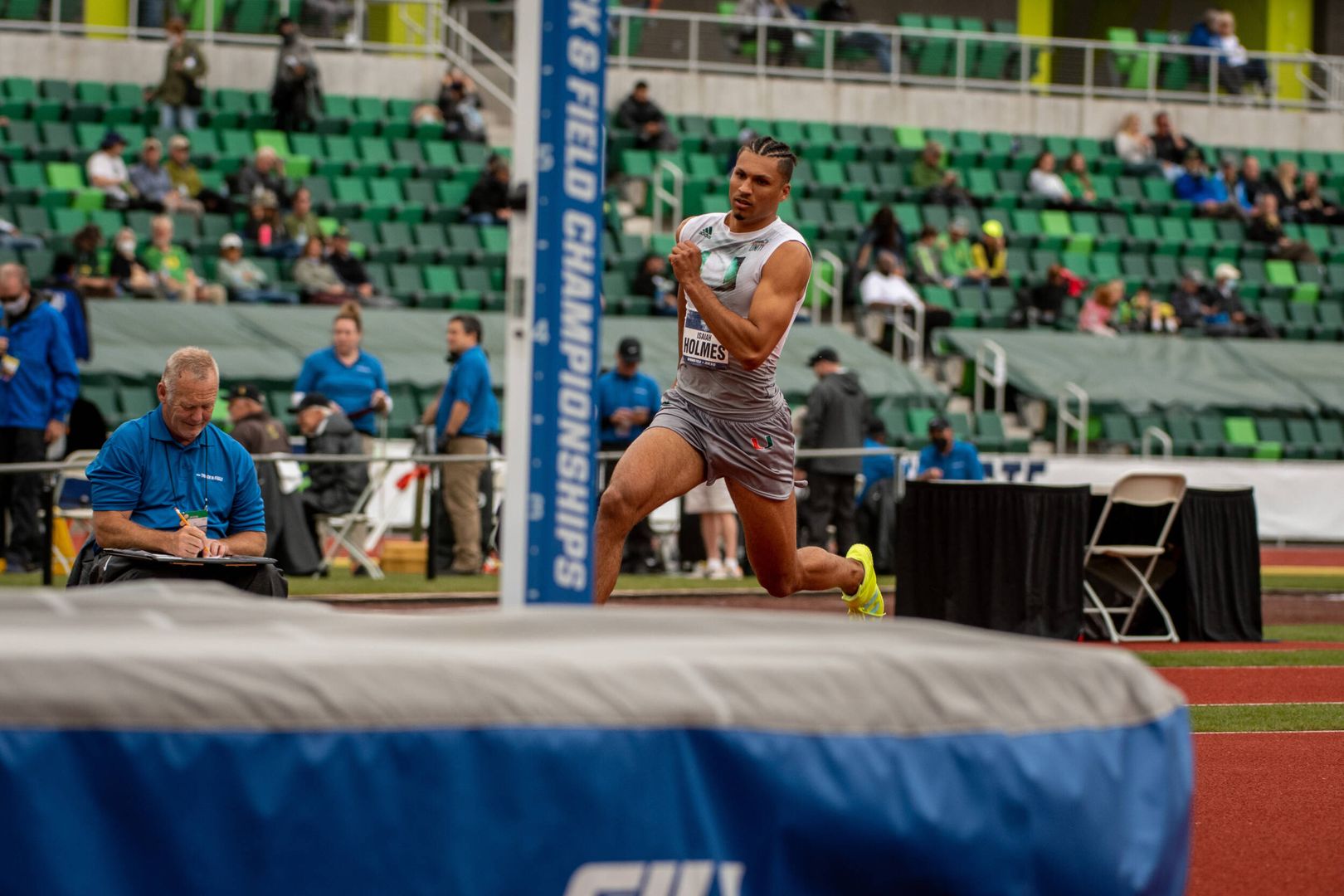 CORAL GABLES, Fla. – Eight members of the Miami track and field program were named to the ACC All-Academic team as announced by the conference on Thursday.

Kevin Arreaga, Xavier Coakley and Isaiah Holmes, three graduate students earned the recognition for their work in the classroom. Arreaga boasts a 3.3 GPA while earning a Master’s in International Administration, Coakley owns a 3.58 GPA and Holmes a 3.87 GPA, both earning Master’s in Sport Administration.

Five women were also named to the All-Academic team with three graduate students leading the way. Michelle Atherely adds yet another accolade to her name while earning her Master’s degree in International Administration with a 3.5 GPA. Alfreda Steele also adds another award to her dominating season while registering a 3.81 GPA while earning a Master’s in Liberal Studies.

Zakiya Rashid rounds out Miami’s group of graduate students to make the All-Academic team with her 3.31 GPA while studying Exercise Physiology Strength and Conditioning.