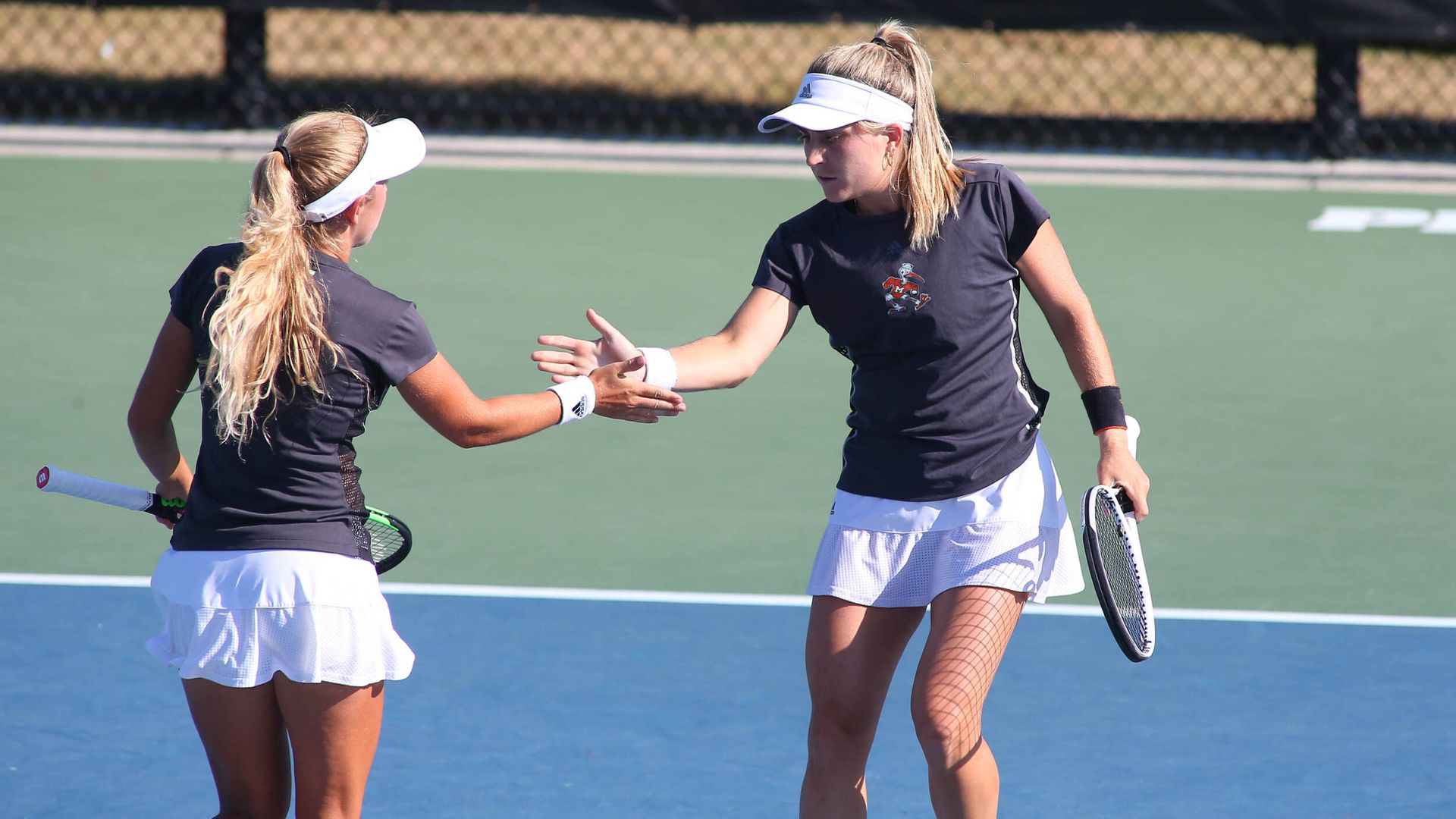 This is the first time two different Hurricanes have claimed ITA regional recognition since 2018, when Perez-Somarriba won Player to Watch and Sinead Lohan won the Arthur Ashe Award for Leadership & Sportsmanship.

Pfennig, who hails from Gauting, Germany, is the first Miami player to receive the ITA Southeast Region Rookie of the Year since 2013. Stephanie Wagner, a fellow German, won the award that year.

The Rookie of the Year recognition honors a first-year student-athlete who made significant contributions to his/her team in the areas of leadership, sportsmanship and performance.

Pfennig went 18-6 in singles during her opening collegiate campaign, picking up ITA All-America status and finishing the year ranked No. 26. She won a match as a seeded player in the NCAA Singles Championship and also played in the NCAA Doubles Championship.

Perez-Somarriba, meanwhile, now has five ITA regional honors to her name, as she also took home the Arthur Ashe Award in both 2019 and 2020, Senior Player of the Year distinction in 2021 and, as aforementioned, Player to Watch in 2018. The fifth-year senior from Madrid was not eligible for the senior honor this season after winning it last year.

The Cissie Leary Sportsmanship Award honors a Division I women’s student-athlete who displays inspiring dedication and commitment to her team, which has enhanced her team’s performance and exemplified the spirit of college tennis. The award dates back to 1997 and is in memory of the late and widely admired Penn women’s tennis coach Cissie Leary.

Perez-Somarriba is the first Hurricane to earn the accolade since Megan Bradley did so in 2004, when Miami was in the ITA Southern Region.

The complete list of all ITA regional award recipients can be found HERE.