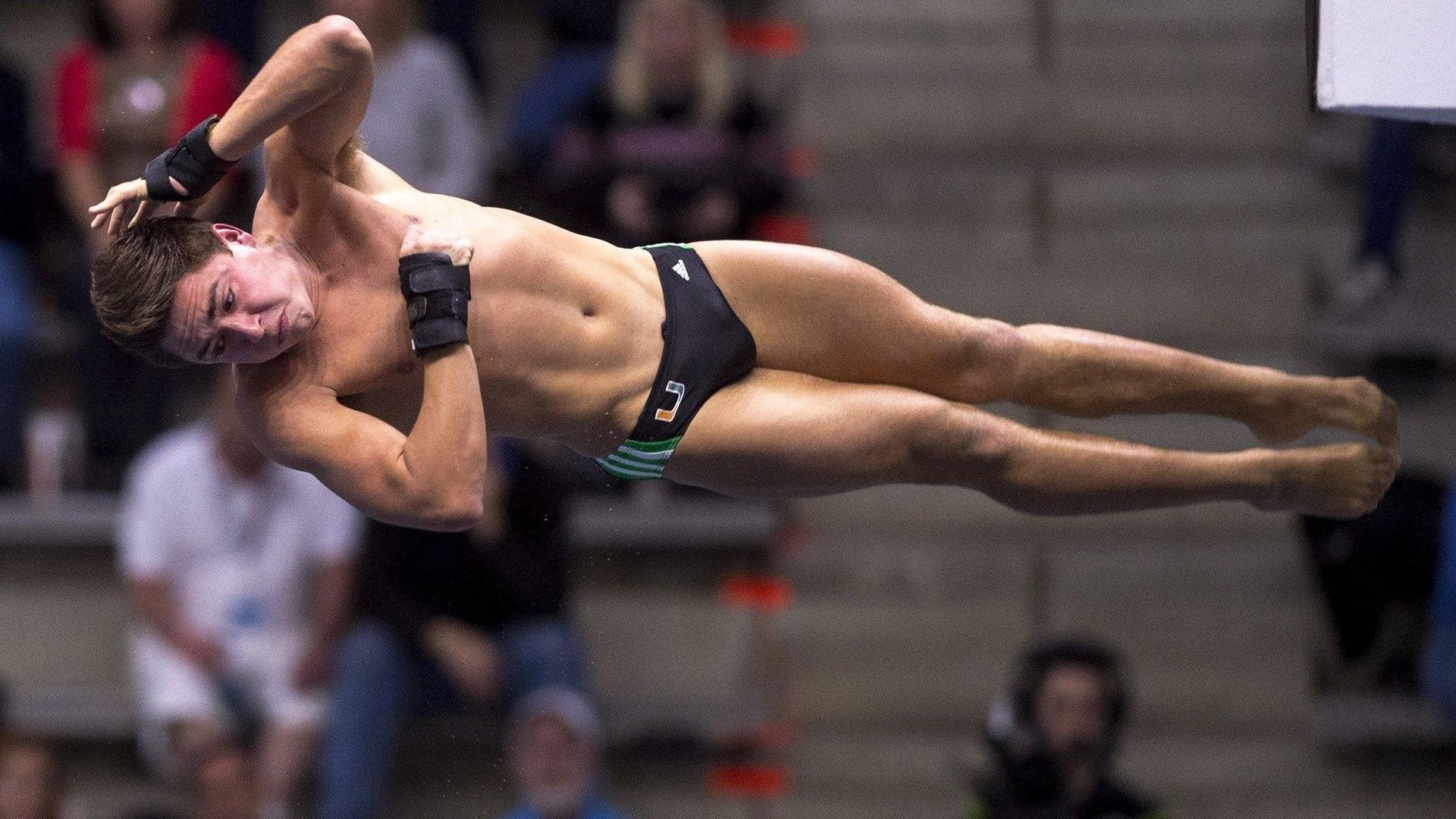 Dinsmore, one of three Hurricanes in the 12-man finals, finished with 1278.50 points at the IU Natatorium at IUPUI. The top-two finishers in the event – Brandon Loschiavo and Jordan Windle – will represent Team USA on the platform at the Tokyo Olympics later this summer.

Joining Dinsmore in the finals were current Hurricanes Zach Cooper, who finished seventh (1141.85) and Max Flory, who ended in ninth (1113.10).

Fellow Miami alum Briadam Herrera will compete in the 3-meter finals on Sunday looking to earn his first berth to the Olympics.