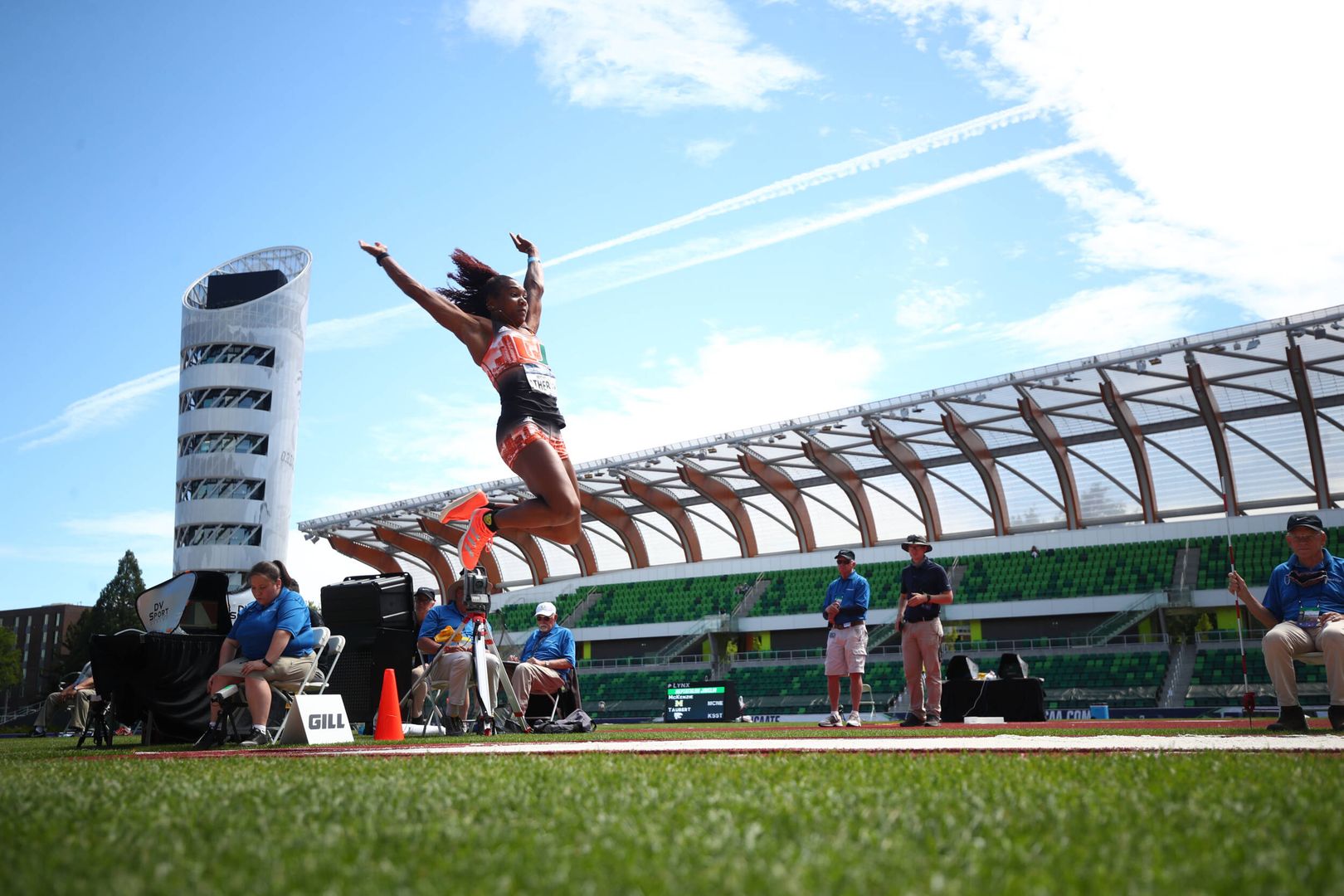 Atherely finished as the runner up in the women’s heptathlon, scoring 6,067 points. Heading into the final day of competition, Atherley held third place after four events. The North Port, Fla., native began the day in the long jump with a mark of 5.98m.

In the javelin, she posted a personal best throw of 39.74m, which ranks as the second-best throw in Miami history, bettering her previous No. 4 mark.

Atherley finished the day winning the 800m dash with a time of 2:12.13 to close out the competition and earn another USTFCCCA first team All-America honor.

Steele earned two first team All-America honors with two top-10 finishes in both the 100m dash and the 200m dash. The time of 11.11 seconds in the 100m ranks as the second fastest in Miami history and is tied for the fastest time in ACC history to finish fifth. She wrapped up her incredible season with a seventh-place finish in the 200m with a time of 22.77, equaling her personal best.