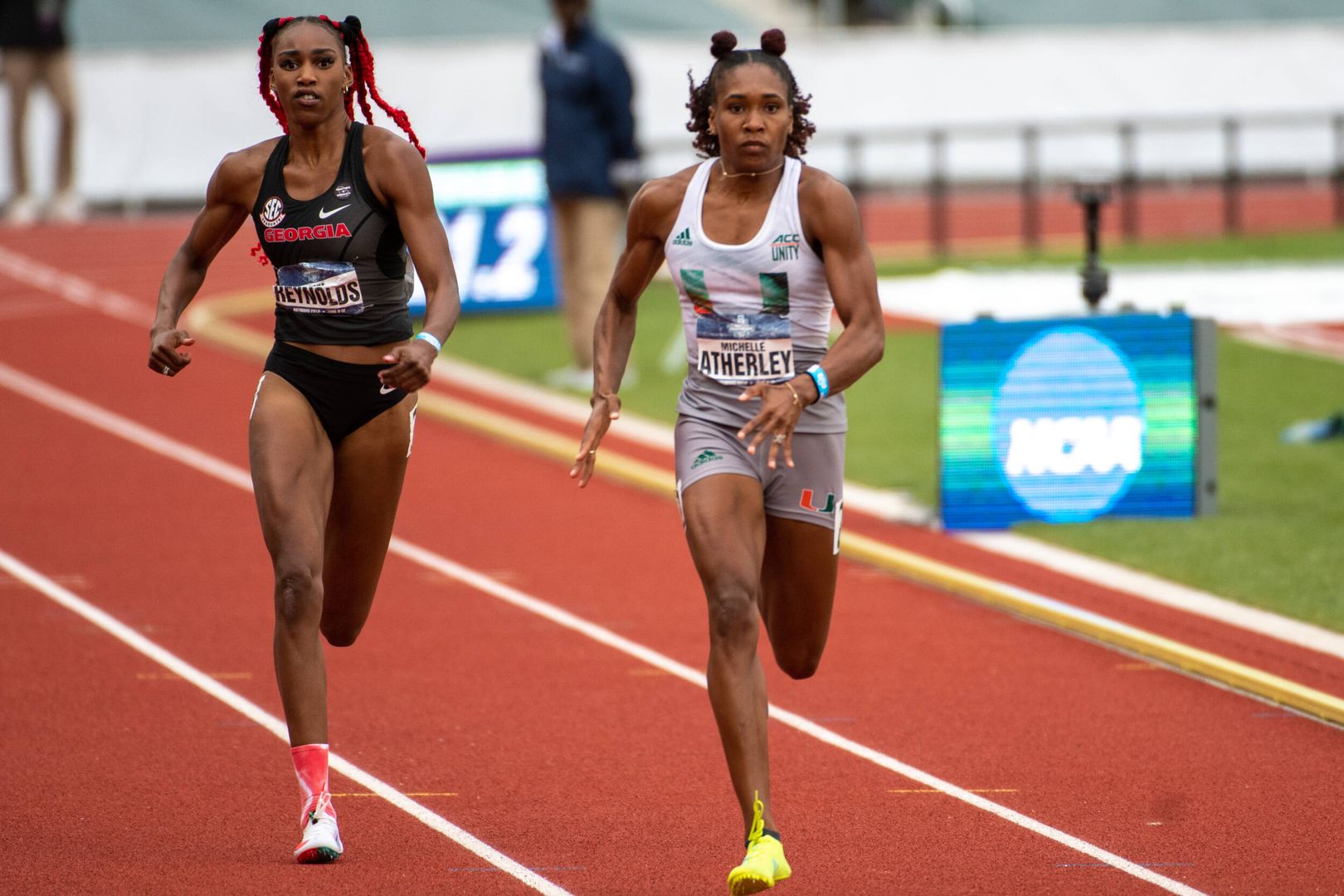 EUGENE, Ore. – Michelle Atherley sits in third place in the women’s heptathlon after four events at the 2021 Outdoor Track and Field Championships.

With the fastest 100m hurdles time of the day, Atherley scored 1,102 points with a time of 13.15 seconds. She followed up with a second-place finish in the high jump with a mark of 1.75m and added 916 points to her total.

Her lowest finish of the day at 13th came in the shot put, tallying a mark of 11.90m and 654 points. The North Port, Fla., native finished the first day of competition with the third-fastest time in the 200m at 23.98 seconds and added 983 points.

Atherley’s 3,655 points sits 179 points back from Tyra Gittens in first and 17 behind second-place.

Isaiah Holmes made his first appearance at the NCAA Championships in the men’s high jump and finished 19th overall with his mark of 2.10m. His performance earned him USTFCCCA All-America Honorable Mention.

Atherley will start tomorrow in the long jump at 11 a.m. and Alfreda Steele will compete in the 100m dash at 3:52 p.m.