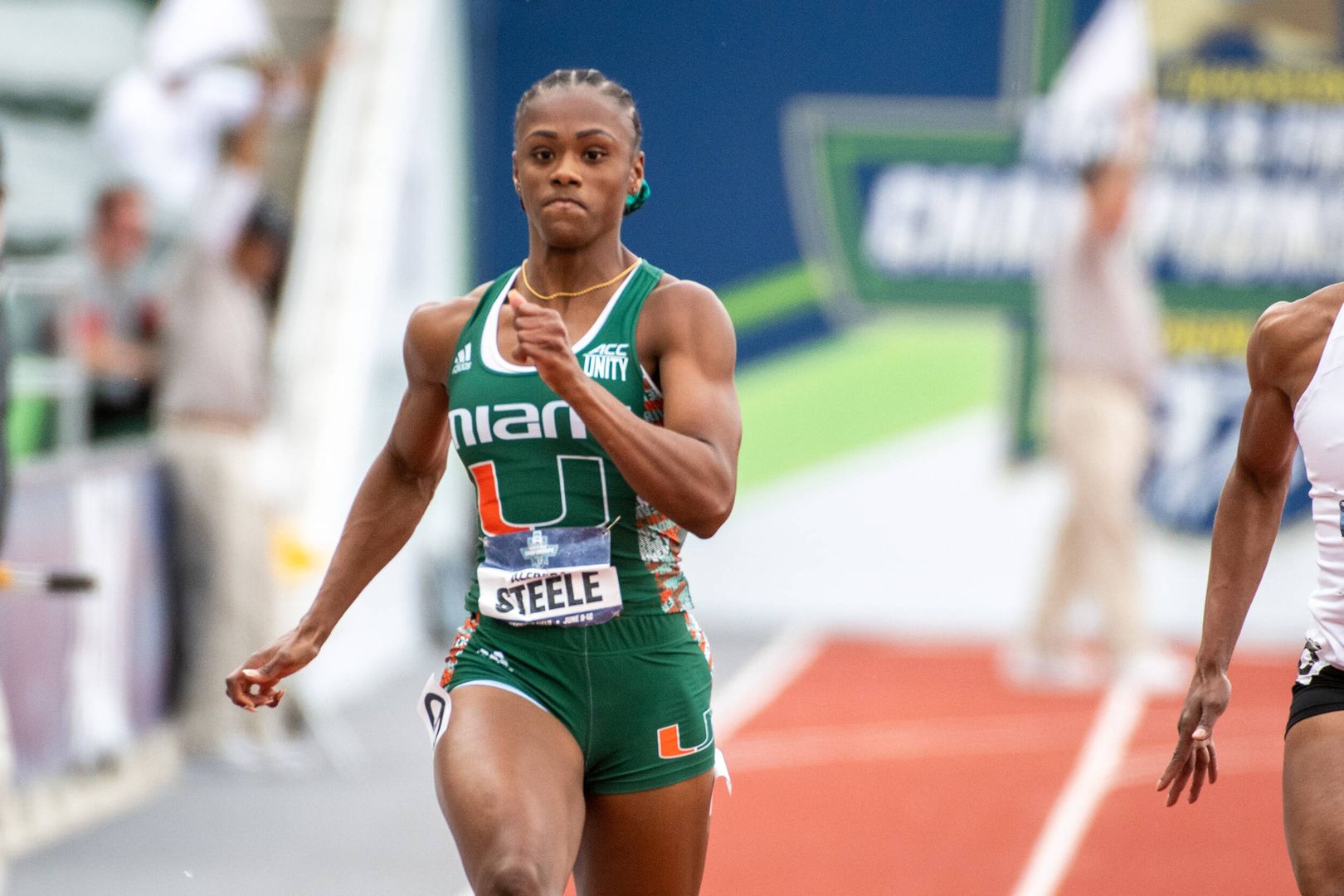 Steele Advances in Both 100m and 200m Final at NCAAs

The grad student was first up for the Canes on the second day of competition at Hayward Field. Steele’s second-place finish in heat two of the 100m dash with her time of 11.40 seconds, giving her an automatic spot in the finals.

An hour later, the 200m ACC outdoor champion took the track again in the 200m and finished with the seventh-fastest time of the day at 22.79 seconds. Steele was the lone Cane to qualify for a final on Saturday.

Kayla Johnson finished 15th in the women’s 800m dash with her time of 2:04.92 seconds and earned her sixth USTFCCCA All-America honor in her career.

The women’s 4×400 relay of Moriah Oliveira, Johnson, Sierra Oliveira and Kennedy Brace closed out the day finishing 12th in the event with a time of 3:36.22. The relay squad earned USTFCCCA Second Team All-America honors for their time, the first for the three freshman and Johnson’s seventh overall of her career.

Michelle Atherley begins competition tomorrow in the heptathlon at 12 p.m. (PT) in the 100m hurdles.