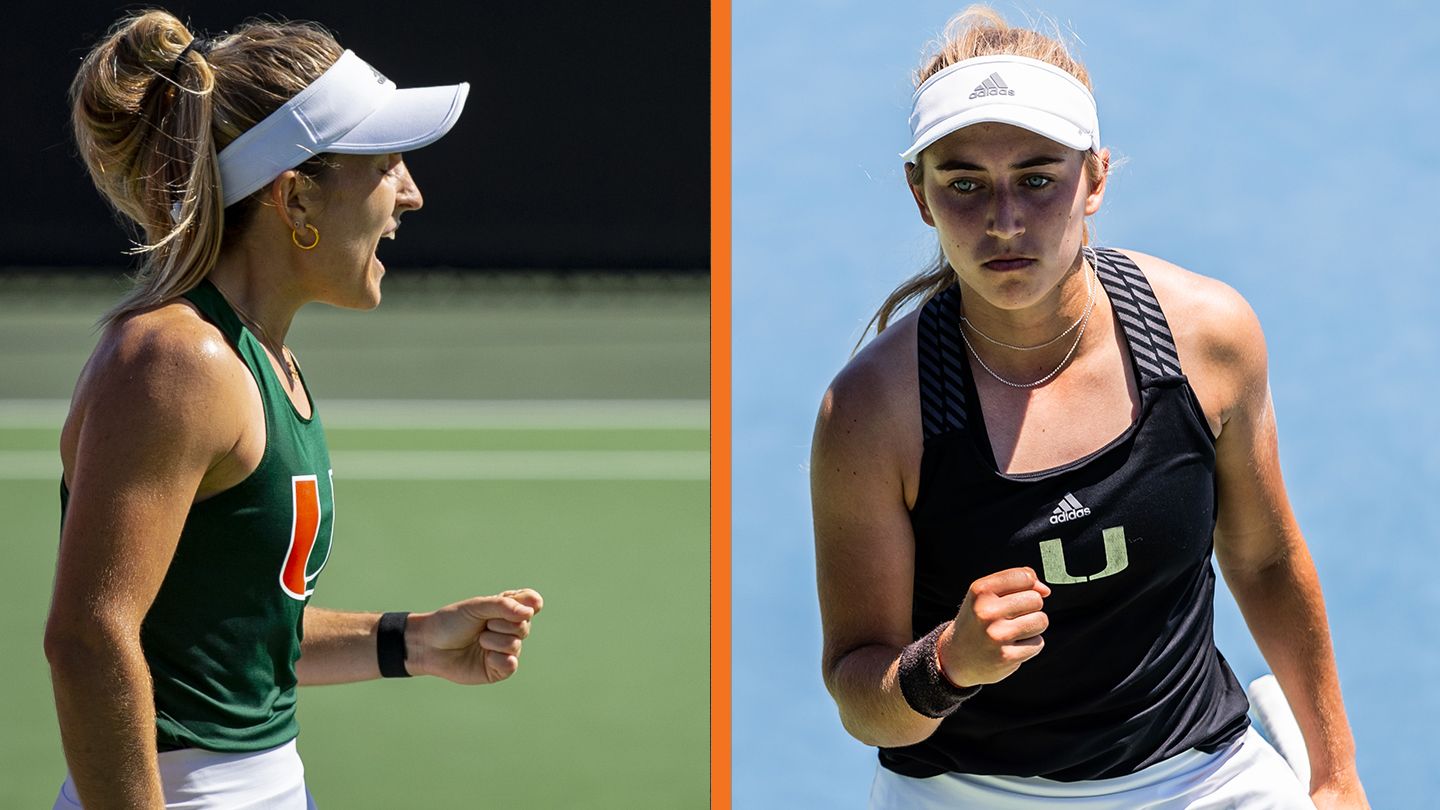 Both players were among the 30 who earned the distinction in singles. Miami, Duke, Georgia, Georgia Tech, North Carolina and Virginia were the only schools with two players in that group.

The top-ranked player in the nation to end the season and the soon-to-be ITA National Player of the Year, Perez-Somarriba went 24-3 during the 2021 campaign. The fifth-year senior logged 11 victories over fellow ITA All-Americans, including seven against individuals who placed top-13 in the final rankings.

In addition, Pfennig, who tallied an 18-6 mark in 2021, is the ninth true freshman in program history to earn ITA All-America status, including the eighth to do so in singles. She is the fourth of that group to receive the honor during 20th-year head coach Paige Yaroshuk-Tews’ tenure, joining Perez-Somarriba (2016-17), Sinead Lohan (2014-15) and Vallverdu (2006-07).

A native of Gauting, Germany, Pfennig finished No. 26 in the ITA rankings and clinched her All-America plaudits by earning a seeded spot in the NCAA Singles Championship.

The complete list of 2021 ITA All-Americans can be found HERE.